Celebrating Easter and Passover During the Pandemic

The main question on Passover that’s asked and answered during the Seder dinner service is: “How is this night different than all other nights?”

In the age of COVID-19, it’s very different for those celebrating Passover and Christians observing Holy Week by celebrating Good Friday and then Easter on Sunday.

We asked a local rabbi and pastor about the holidays and how they are ministering during this strange time.

Below, a Q&A with Rabbi Rachel Weiss, senior rabbi at the Jewish Reconstructionist Congregation in Evanston; and the Rev. Shannon Kershner of Fourth Presbyterian Church in Chicago, which is the second largest Presbyterian church in the country.

These are some of the biggest holidays a lot of people are using phones or video chats instead of visiting one another in person. What is your message to people who are downhearted about having to celebrate this way?

Weiss: We are not trying to recreate the thing that has been exactly the same over millennia because, number one, it has not been exactly the same over millennia. This is a holiday that commemorates an exodus from Egypt and is described that for seven days in the Torah, you should eat matzah. And then the Seder, as we know it is a rabbinic invention that comes a thousand years later. And over time, depending on the circumstances, we have had to recreate it and reinvent it. And so our perspective is relatively small, right? We have a tiny little slice of our own experience and our own lives.

So this gives us an opportunity to say, yes, this night is different from all other nights. This Seder is different from all other Seders and we’re recognizing why not to say in our wallowing moment of “this is hard” and “this is painful” and “why can’t I eat the brisket with these people?” Because in every year, in every moment, somebody somewhere is experiencing this Seder or this Passover in the Jewish world as different than all others because … this is the first year without a loved one. This is the year in which they’ve lost their job and they can’t afford the food that they normally have. This is the year in which a family has shifted and it’s not the same and that’s OK. 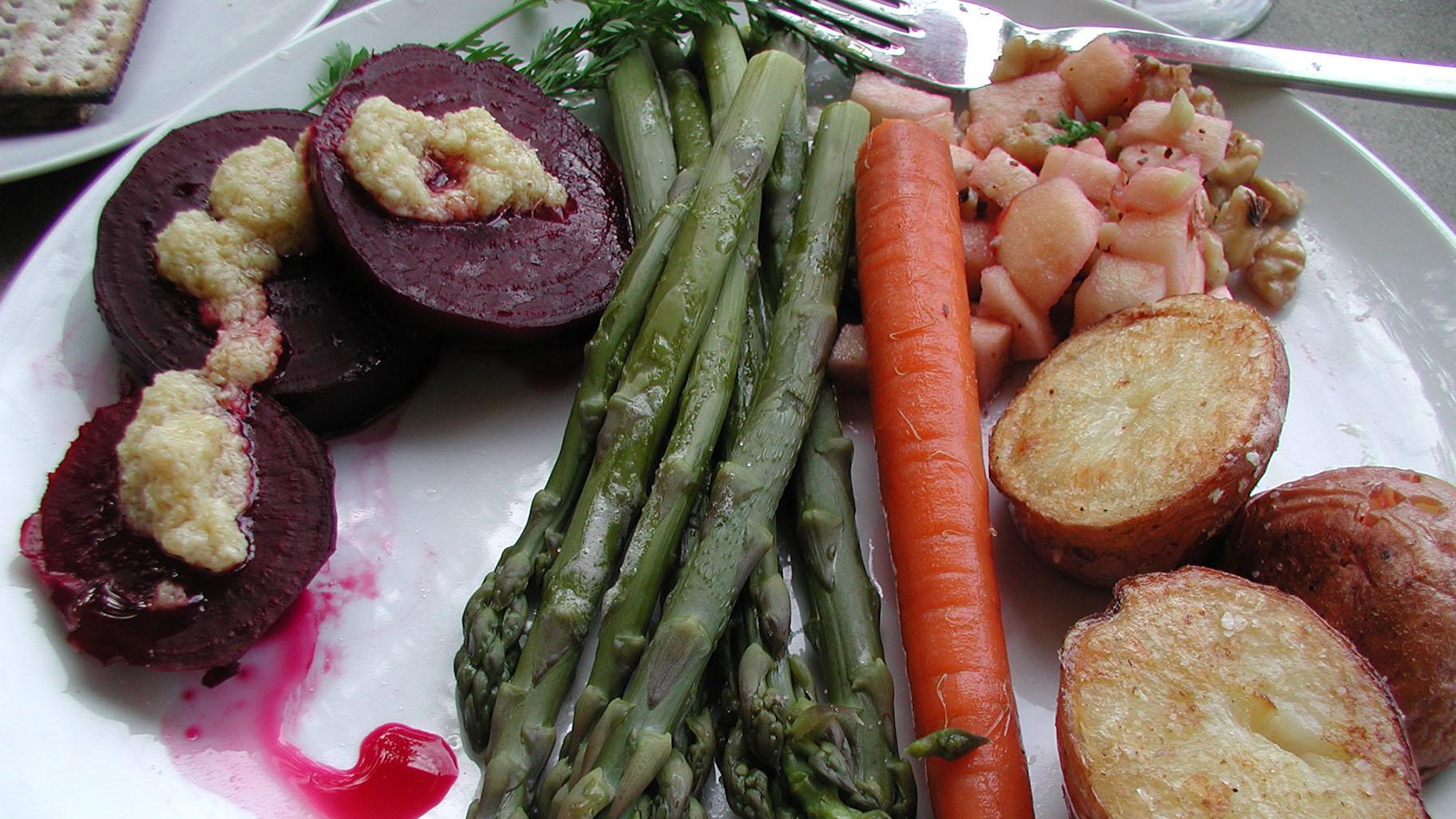 It’s an opportunity for empathy in that way and in a larger scale to say that for many of us who are experiencing this as a plague … Some of us have lived through AIDS and losing people day after day after day, the funeral notices keep rolling in. Some of us have experienced torture and pandemic and genocide and oppression in all different ways in which physically people have had to pick up their lives and fleet because their physical livelihood and safety is threatened. And that’s happening now for some people in terms of this health pandemic. So yeah, it’s different than all other years and it’s OK to feel the grief and it’s okay to feel the loss.

Kershner: We normally have over 5,000 people who attend five worship services on Easter day. I’m very curious to see what happens though this year because we’ve actually had more people tuning in online than we normally have on a regular Sunday in terms of attendance. So there’s also this possibility of providing this authentic worship experience to people who may not ever darken the door of a church. So it’s very difficult and it’s very strange. And I know not everybody loves worshiping with livestream. But also for me, it’s also ripe with possibility. Easter Sunday morning is usually huge celebration. Lots of brass and people lining up and it’s a “typical worship service.” But it’ll just be much quieter and in some ways, way more authentic to the first Easter when everyone was locked in the room, scared, and no one quite knew what to make of the empty tomb. So in many ways, the empty sanctuary is fitting — probably more fitting than all of our celebratory pageants. And so we’ll try to reclaimed some of that simplicity in the mystery of it this year.

What’s your message to people who do feel isolated right now?

Weiss: Those are very real feelings and unfortunately they’re actually not new to this moment in time. I think a lot of people are feeling more lonely and more isolated than usual. And we have always had people who are lonely and invisible and feeling like they don’t have anyone. And what we’re doing is pulling more of a spotlight and recognizing that that actually is something that exists. So for many people, it’s awakening our compassion. Some of the technical things we’re doing, like hosting Shiva on Zoom with 63 households from four different time zones all together, which is remarkable. And some of it, what we’re doing is picking up the phone and calling people or putting a sign in the window or offering to get something when you go to the grocery store and wiping it down to make it safe for your neighbor.

If we go back to the way things were after this moment of sheltering in place and global pandemic is over, then we won’t have learned anything. We will have gone back across the sea, right? If we learn anything in this moment, it’s that the connection is really important and many of us are experiencing this loneliness for the first time and many people live with it all the time. And so part of what we have to do is to remember, wow, this feels horrible. How can we reach out to people? So some of it is really that personal connection. It’s sending a card, it’s connecting over email, it’s connecting over text. It’s, it might be connecting over Zoom.

Kershner: Well, a couple of things. One: We do have a counseling center that sees people on a sliding scale and they’re doing a lot of telecom counseling, via Zoom or on the phone. And so we’re making sure to let people know that there are resources out there if people are people who do find themselves in not just a crisis time, but also just this, “how I’m going to keep being able to do the same thing day after day?” So that’s one thing we’re making sure to remind people of.

And the rest of it, even if you’re sitting in front of your iPad or your computer by yourself to remember, you’re not actually alone because we had 1,300 other computers and people who were doing the same thing at the same time. And the importance of calling maybe one friend a day and getting that voice-to-voice connection. I’ve been on the receiving end of different clergy phone calls from all over the country. You know, some people have taken that up as a new spiritual discipline to make themselves call one other person each day just for that human connection. And I always, I would encourage that at all our Christianity is an embodied, incarnated faith. So, we trust that God became flesh and blood. And so that incarnation, that embodiment of care for each other, I think is really critical. So whatever we can do to make sure that continues to happen, I think that’s faithful.

But I would just say if you find yourself in that kind of a desperate feeling situation to dial 311, or to reach out, because there are people who are ready to walk alongside you through all of this. And I think that’s really important to remind people of. [In] Belfast, Northern Ireland, they’ve reframed the city streets as that are quiet, not as signs of isolation or of loss, but as symbols, tangible symbols of love in action. So that’s the way we’ve been reframing it. So when we don’t have to have the empty sanctuary anymore, it’ll just be love embodied, I guess, again. But I don’t know what’s going to happen from here on. It’ll be a great adventure, but hopefully we won’t lose all of the momentum and openness for creativity along the way.

This interview has been edited for length.