Coronavirus Rattles Markets: What it Means for the Economy

Global stock markets lost more than $3 trillion in value this week as investors fled amid growing concerns of a coronavirus pandemic.

“The market’s had a hard time and couldn’t quite recover as it hoped they would today (Wednesday),” said Diane Swonk, chief economist at Grant Thornton. “I think the reality that the coronavirus, or COVID-19 as it’s being called, is still spreading around the world. And we know we’ve got these sort of waves of disruptions to economic activities still ahead of us.

“This is a very unusual kind of an economic shock that hits everything from production, by shutting down plants, to quarantines that are designed to actually contain the virus ... And it’s global in scope. I call it an “economic pandemic” if not a health pandemic yet, although it is getting pretty global on the health side as well.”

President Donald Trump on Wednesday appointed Vice President Mike Pence as the government’s point person on COVID-19. In the days leading up to that announcement, there had been conflicting messages on the virus from different parts of the government.

On Tuesday, White House economic adviser Larry Kudlow said: “We have contained this … I won’t say airtight, but pretty close to airtight.” And acting Secretary of Homeland Security Chad Wolf was caught off guard by Sen. John Kennedy’s (R-Louisiana) displeasure with Wolf’s inaccuracies and lack of detailed information about the coronavirus.

“I’m going to be putting our vice president, Mike Pence, in charge. And Mike will be working with the professionals,” Trump said during a press briefing. “Mike is going to be in charge, and Mike will report back to me.”

The president blamed both the media and the Democratic presidential contenders for spooking the markets.

Low Ratings Fake News MSDNC (Comcast) & @CNN are doing everything possible to make the Caronavirus look as bad as possible, including panicking markets, if possible. Likewise their incompetent Do Nothing Democrat comrades are all talk, no action. USA in great shape! @CDCgov.....

“The sell-off is 100% related to the magnitude of the coronavirus,” said Brian Battle of Performance Trust Capital Partners, a Chicago-based investment banking firm. “The market isn’t selling off because it’s contagious and deadly. The market is selling off because people are not leaving their homes, they’re not buying stuff and they’re not going to work. So that disrupts global production.”

Fears over the virus have also hit the travel sector.

“We’ve seen theme park attendance drop, we’ve seen cruise line bookings drop. We’ve seen all of the Lunar New Year travel basically shut down by the Chinese government as they tried to keep the population in place to prevent spread of the virus,” said Susan Schmidt, head of US Equities at Aviva Investors.

“So that aspect of it is immediate and you’re feeling it right away,” she said. “We’ll all bounce back and if you didn’t take a vacation now you may take one later in the year.”

The big question? How long and how hard fears will hit the economy – and whether they’ll set off a recession.

“It’s definitely going to slow down global GDP,” said Battle. “If this global GDP decline lasts three months, six months, nine months, there will be financial trauma and there will be a recession in certainly in the parts of the economy, like travel, entertainment and lodging.”

“While it’s a slowdown, it’s a slowdown caused by this non economy-related event,” said Schmidt. “It’s not because of a direct driver of, or a direct factor of, the economy. It’s not about production levels, average hourly earnings, interest rates. This is something that’s disrupting things for a completely different reason.”

“We try to explain that to the clients and recognize this scenario,” added Schmidt. “So we’re encouraging everyone to take a longer-term view. Periods like this always provide opportunity. If you can look past the short term and look to the longer term, you can see stock prices have certainly moved downward. And that means that there are companies you could buy and pay less for them now than you pay for them two weeks ago.” 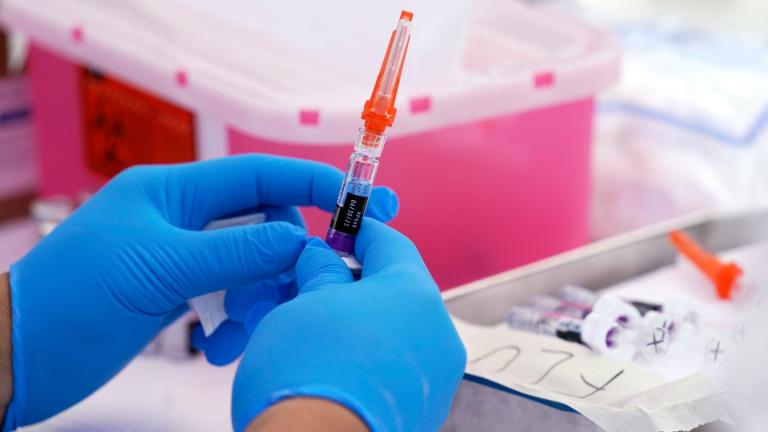