Today is Columbus Day – the holiday commemorating Italian explorer Christopher Columbus’ 1492 expedition across the Atlantic Ocean and arrival in the Americas.

Many Italian-Americans embrace the federal U.S. holiday, made official in 1937 by President Franklin Delano Roosevelt, as a celebration of their cultural heritage.

“For Italian-Americans who came here and helped build this country, along with many other ethnic groups that did as well, it’s a source of pride,” said Enza Raineri, former president of the Joint Civic Committee of Italian Americans, which hosts Chicago’s Columbus Day Parade. “It’s a source of pride to say that a country that has given us so much acknowledges one of the greatest explorers of our time.”

But Christopher Columbus is a complicated historical figure.

He ushered in an era of European colonization of the Americas when he first landed on the Caribbean island of Hispaniola in 1492, noting in his journal how the indigenous habitants could be easily enslaved.

In the wake of criticism directed at Columbus and his treatment of indigenous people, a movement to supplant Columbus Day with another holiday – Indigenous Peoples Day – has emerged.

Heather Miller, executive director of the American Indian Center, said the purpose of Indigenous Peoples Day is to broaden the historical context surrounding Columbus’ explorations and underline his negative impact.

“The way we see it, Columbus Day is honoring someone who really helped shape the future of colonization and genocide,” Miller said. “So when we want to talk about the history of how this country was founded, it is important to recognize that it was founded on genocide and it was founded on the killing of indigenous folk.

“That’s kind of what Columbus represents in our mind,” Miller added. “Rather than focusing on the negative, indigenous people would like to change that narrative and say, ‘Hey, there’s a history prior to that ugly colonization period that we were a part of and let’s talk about that.”

While Indigenous Peoples Day is not an official state holiday in Illinois, Chicago Public Schools formally acknowledges the holiday on its academic calendar, along with Columbus Day.

Joining us to discuss these two holidays are Heather Miller and Enza Raineri.

AP Explains: Columbus, Once Immigrant Hero, Now Heel to Some 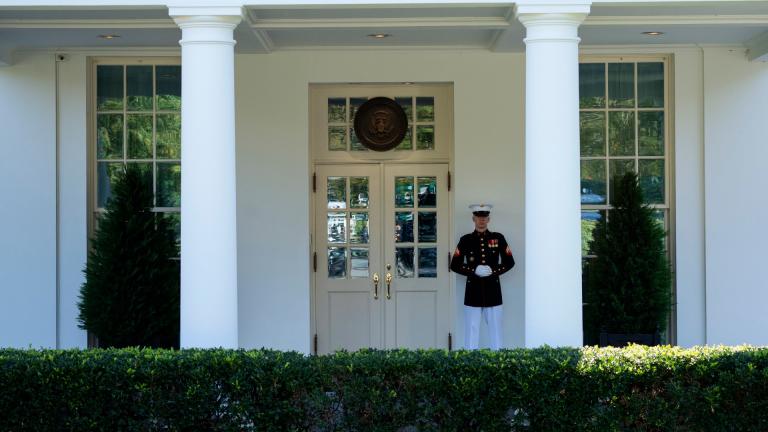