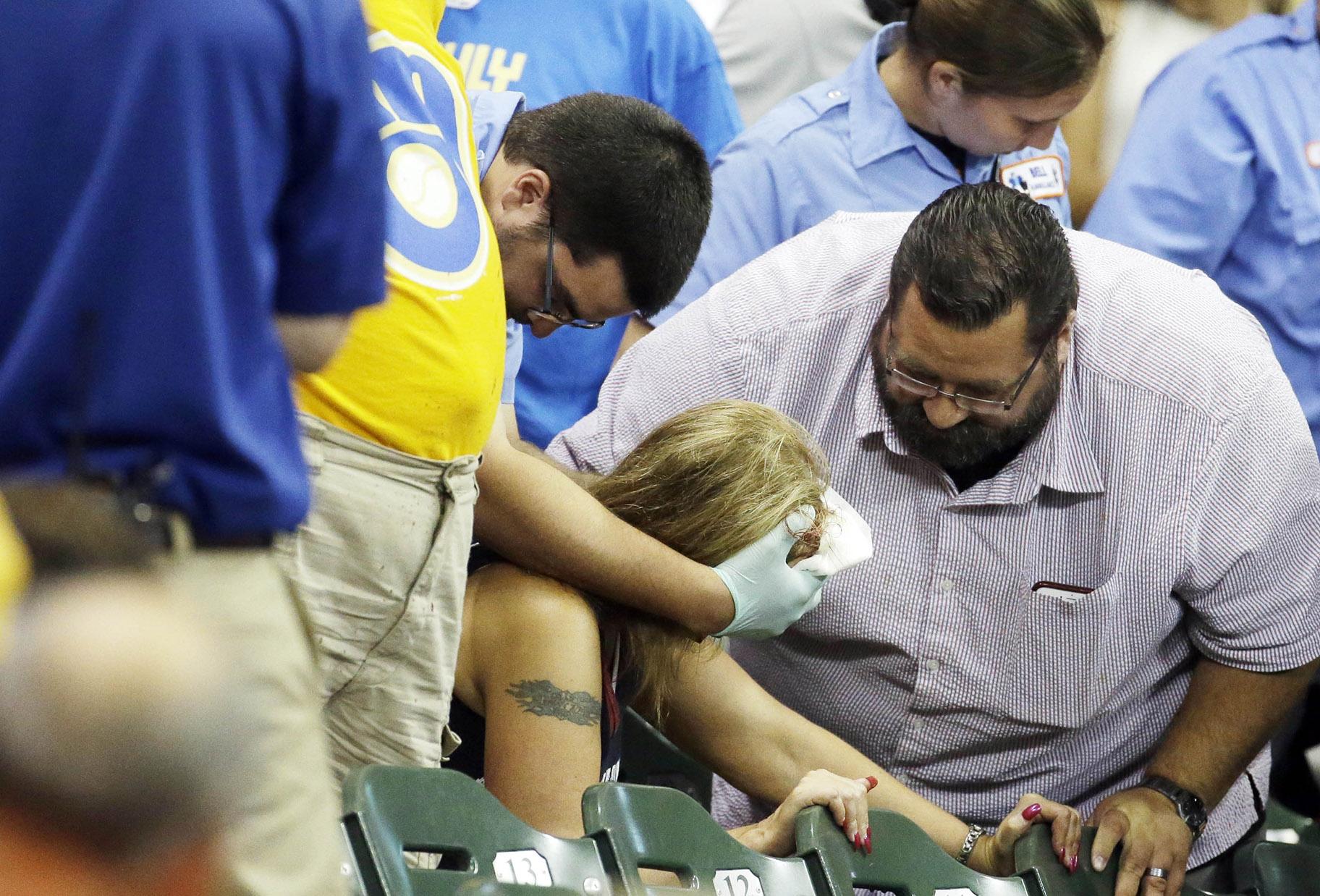 In this July 6, 2015 file photo, a fan is helped after being hit by a foul ball during the ninth inning of a baseball game between the Milwaukee Brewers and the Atlanta Braves in Milwaukee. (AP Photo / Morry Gash, File)

Illinois’ two senators continued their pressure campaign on Major League Baseball to be more proactive about fan safety at ballparks, urging greater transparency about how often and how seriously fans are hurt by foul balls.

Democratic Sens. Dick Durbin and Tammy Duckworth said in a letter to baseball Commissioner Rob Manfred this week that MLB should “collect and report data about fan injuries.” Durbin and Duckworth have previously called on all 30 major league teams to extend protective netting to the foul poles at their stadiums.

“We currently rely on media coverage about foul ball injuries, which can lead to misinformation and confusion,” the senators wrote in the letter, sent Tuesday. “The creation of an injury registry would help provide the public a better understanding of fan injuries at MLB stadiums and help evaluate the voluntary safety measures that many teams are implementing.”

Last month, the Chicago White Sox became the first major league team to extend protective netting from foul pole to foul pole. The safety measure was announced a week after a foul ball at the park sent a woman to the hospital with her head bleeding.

Several fans, including a 2-year-old girl in Houston, have been injured by hard-hit foul balls this season, and several teams have said they plan to extend netting or are studying how to do it.

Manfred, however, has resisted mandating that all teams extend netting to the foul poles, saying different ballpark configurations make a blanket rule impossible.

“We have opted to work with the individual clubs over a period of time to extend netting,” Manfred said at this year’s All-Star Game. “I think one of the reasons that we have had progress is that we have not put clubs in an impossible position by adopting a one-size-fits-all rule.”

In their letter, Durbin and Duckworth cited a 2014 report by Bloomberg News estimating that 1,800 fans are hurt by foul balls each season, a rate of roughly two fans injured for every two games played. They noted the report is five years old and leaves many unanswered questions, such as which areas of ballparks are the safest in which to sit, that MLB could address by disclosing data. 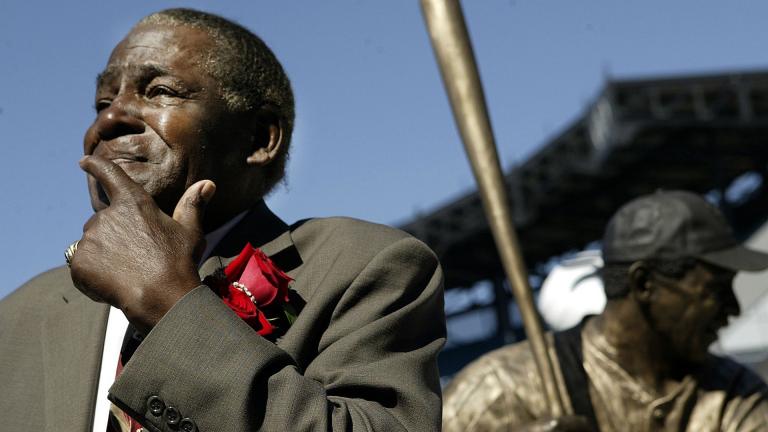