Mayor Rahm Emanuel: ‘My Goal Wasn’t to Be Liked’ 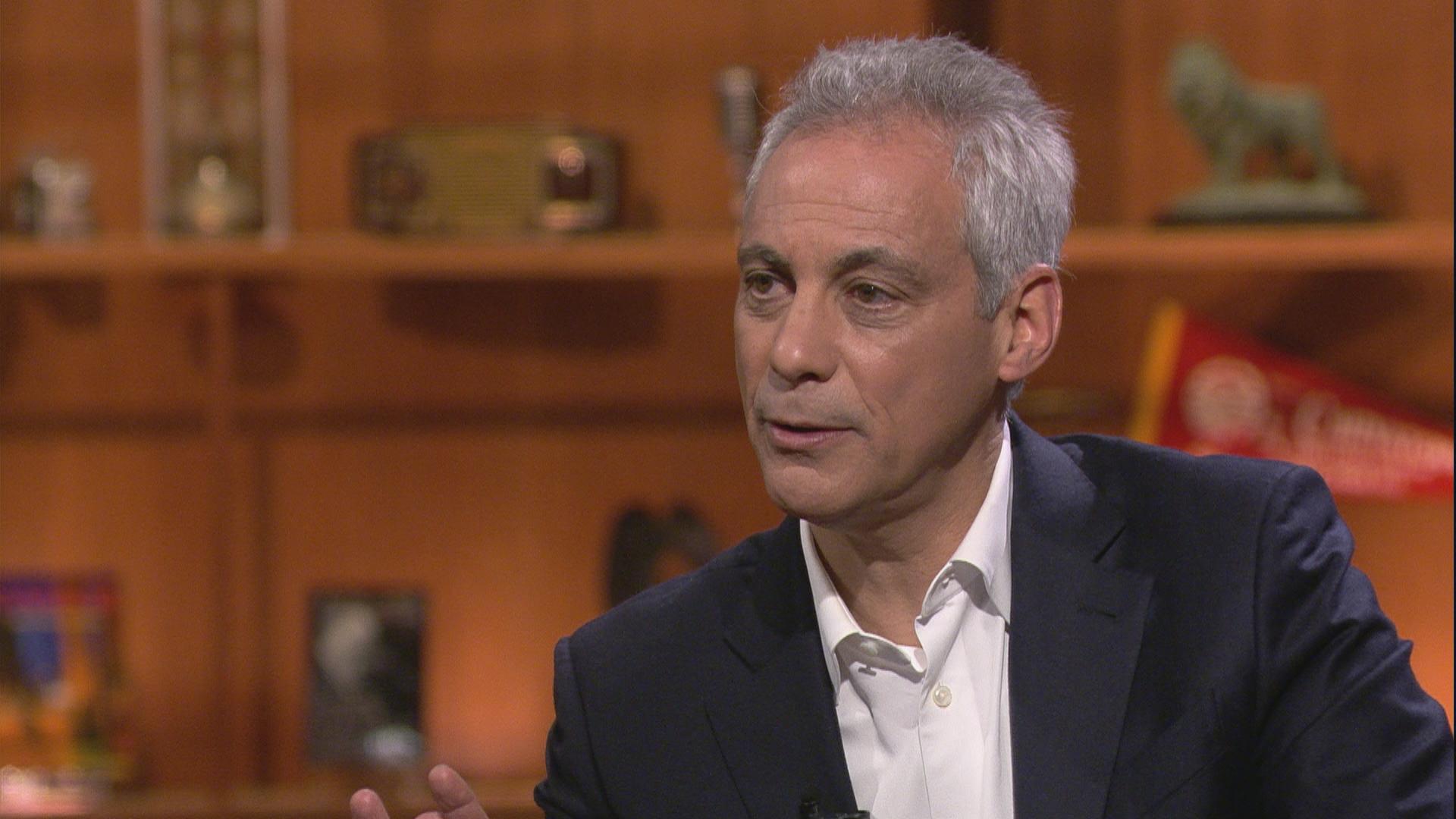 With one week to go on the fifth floor of City Hall, Chicago Mayor Rahm Emanuel sat down with Paris Schutz to talk about anti-Semitism, his leadership style, the looming pension problem and more.

Below, highlights from their conversation. Watch the full interview here.

I’m curious about your tenure as mayor. Do you feel there’s been any anti-Semitism in the opposition against you?

It’s an interesting question. So let me tell you how I view it. A trope of anti-Semitism – the threat of anti-Semitism for thousands of years is that the Jew is “other.” And it has happened in history. Take the French Dreyfus Affair, that the Jew is “other.” When I ran for Congress I had to prove I was born here in America. Five candidates – we sat at this table – only one candidate had to produce a birth certificate of legitimacy. When I ran for mayor, even though I was a congressman representing – the only reason I left was I had to serve for the country at the request of the president of the United States – I had to prove my residency.

Now, you could say, ‘Oh that’s not explicit anti-Semitism,’ and that is true. But if a Jewish mayor, the first Jewish mayor, or the Jewish member of Congress representing a historically Catholic district, has to prove that they are a member of the community rather than somebody else, it has a thread that has historically been. Now the good news is … I’ve met people all over the city of Chicago in grocery stores, front stoops, on the L, in places of worship of different faiths. Just a week ago I was at a Baptist church in Bronzeville. I know the people of the city Chicago. They have good values. They did not see me as a Jewish mayor. They saw me as a mayor who is Jewish. And they embraced the same ideas and ideals that I had.

I’ve had people of all walks of life who, because we have a shared view and a shared view of humanity, regardless of our faith and our culture, embraced that humanity, that common foundation. And so did I see it as a thread that is a normal piece of historic anti-Semitism? Internally I did. I never expressed it that way because I knew that the people the city of Chicago had a value system larger than that.

Listen, prior to me walking in the office, there was a commission which never issued a report because there was no consensus. I confronted the issue head-on. I went right at it and I changed the rules. I put it on an actuarial funding with a scale towards it and then I would raise the revenue to finally do it. I tried to negotiate something, the Supreme Court of Illinois said it’s not constitutional … Now, I’ve been upfront about it. I tried to reform it when I did the labor and municipal issue. So what I believe is it’s a big challenge and I’ve been forthright eight years ago.

Does she have a point by saying it’s worse? What is she talking about?

I think you should have her on the show and have her sit here. Not me. I know what I’ve done.

Do you own that maybe your leadership style was too top-down and too brash?

Every one of those problems I told you about, those problems became exasperated because the elected officials decided they wanted to be liked rather than lead. My goal wasn’t to be liked. My goal was to get the city moving and I think through that process, to be appreciated. If you want to be liked, don’t go into elected office. And definitely don’t be mayor of a city that’s facing the worst fiscal crisis, the worst economic crisis, the worst academic crisis in its history or in the country. Think about that.

Emanuel Supports Retirement Income Tax, But is it Too Taxing on Seniors?

Emanuel to Chicago: We Got Our Game Back