Video: James “Big Cat” Williams, an offensive tackle for the Chicago Bears from 1991-2002, breaks down the game and season.

For the Chicago Bears, an improbable comeback season ended in the most darkly improbable way.

Embattled kicker Cody Parkey missed the 43-yard potential game-winning field goal, allowing the Philadelphia Eagles to escape with a 16-15 victory Sunday. For the sixth time this season, Parkey missed the field goal by hitting the upright -- something that almost no kicker could do if they tried.

It was an ominous and eerie end to a season that brought many joyous moments to Bears fans who have suffered an eight-year playoff drought. The Bears were in position to win the game after giving up a go-ahead touchdown to the Eagles with about 1 minute left on a Nick Foles pass to Golden Tate. But a solid kick return by pro bowler Tarik Cohen set up Mitch Trubisky and company with good field position. Trubisky moved the team down the field with a couple of clutch completions to wide receiver Allen Robinson, who had his best game as a Bear. 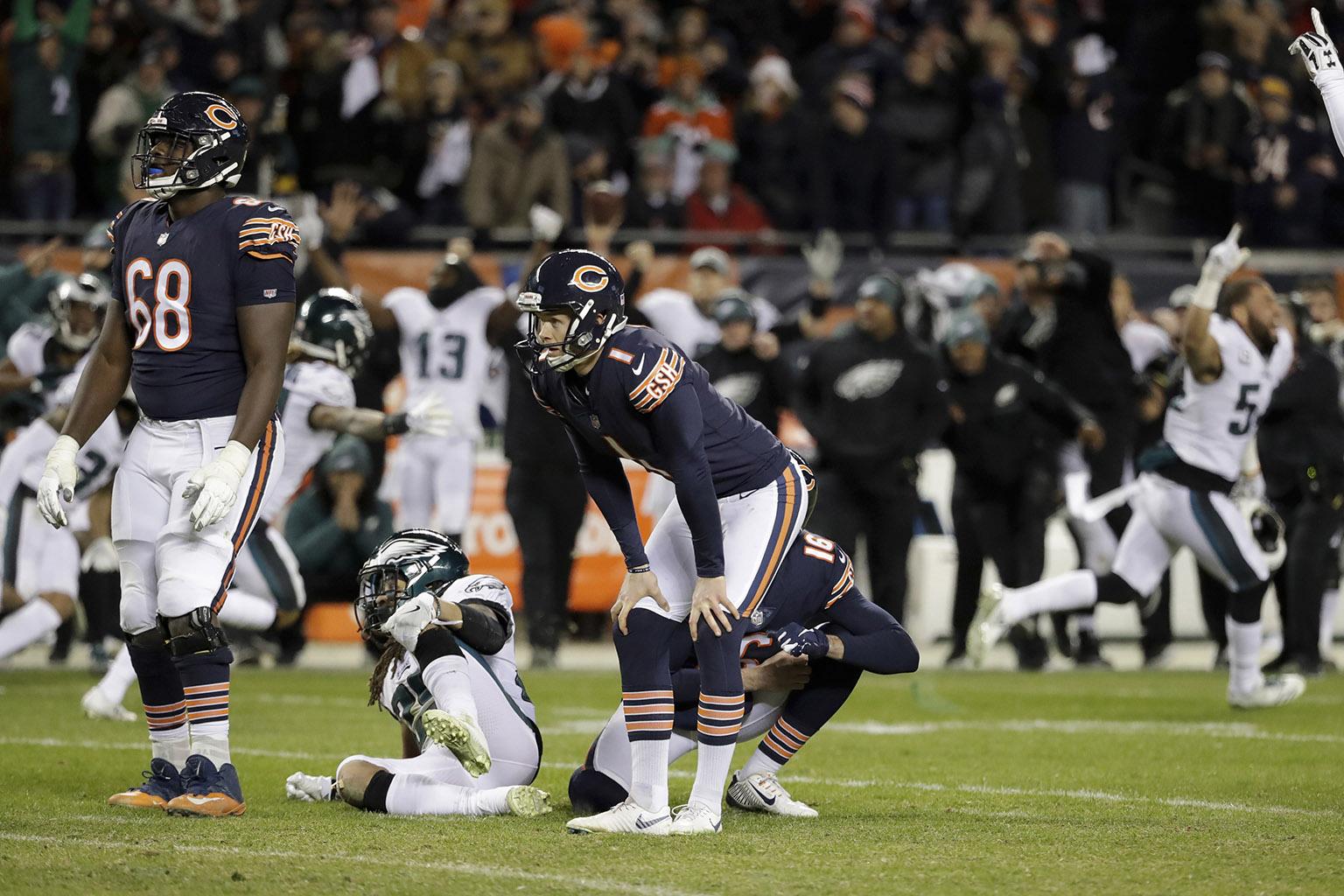 Chicago Bears kicker Cody Parkey (1) reacts after missing a field goal in the closing minute during the second half of an NFL wild-card playoff football game against the Philadelphia Eagles on Sunday, Jan. 6, 2019. (Nam Y. Huh / AP Photo)

Despite the late chance to win the game, the Bears did not play at the level they have played at most of the year. They allowed two touchdowns and many late completions to Foles, the Eagles reserve quarterback and 2018 Super Bowl MVP. The Bears powerful defense failed to establish a consistent pass rush, allowing Foles ample time to hit his receivers. On the other end of the ball, Trubisky and the offense also struggled most of the game until getting hot in the fourth quarter.

The loss stings, but the Bears have momentum moving into the off-season with a roster that is one of the youngest in the NFL and many key players who are under contract to return for at least another season. Rookie head coach Matt Nagy exceeded all expectations and created a winning culture, while defensive coordinator Vic Fangio earned accolades as the architect of the league's best defense in the regular season. Bears fans will now wait with baited breath to see if Fangio leaves Chicago to become a head coach somewhere else.

As for the kicker position, Parkey is under contract for two more years and guaranteed $9 million. But a former Bear, Robbie Gould, will be a free agent. He has hit 72-75 field goals since being cut by the Bears four years ago. Bears fans might be eager to welcome him back if the team's front office decides to make a move.