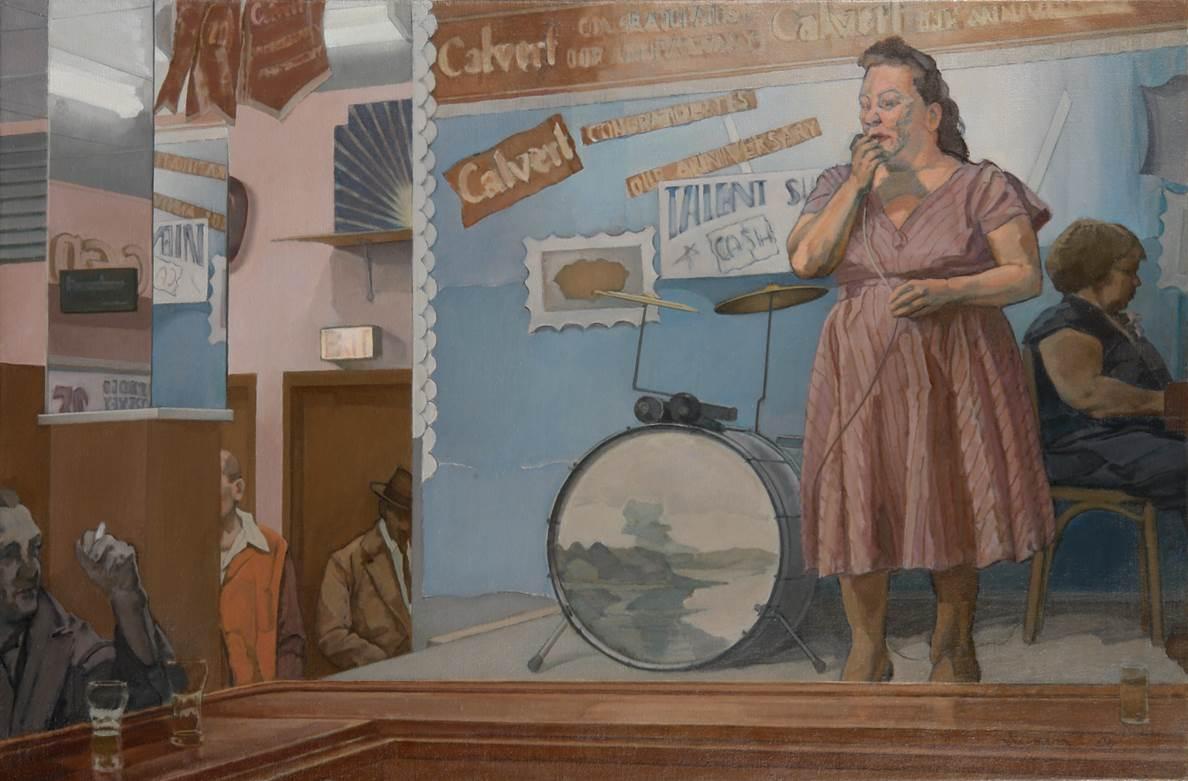 At the Checkerboard (2007) by Robert Guinan

Chicago painter Robert Guinan died on Saturday at the age of 82.

Guinan may not be well known locally, but his paintings of Chicago are sought after in Europe – the late French President Francois Mitterrand owned a canvas, as does the actor Johnny Depp. His Chicago scenes have been exhibited in Rome, Vienna and Paris – more times than they’ve been shown in the city where he painted them.

When Guinan began painting in the 1950s, abstract expressionism was all the rage. But he stayed true to figurative work, using live models and capturing nightlife in a way that at times was reminiscent of Henri de Toulouse-Lautrec.

Born in Watertown, New York, Guinan studied at the School of the Art Institute, which he attended on the GI Bill. He painted people and places in Chicago that most tourists never see: Maxwell Street, dive bars, lonely folks and people looking for fun. 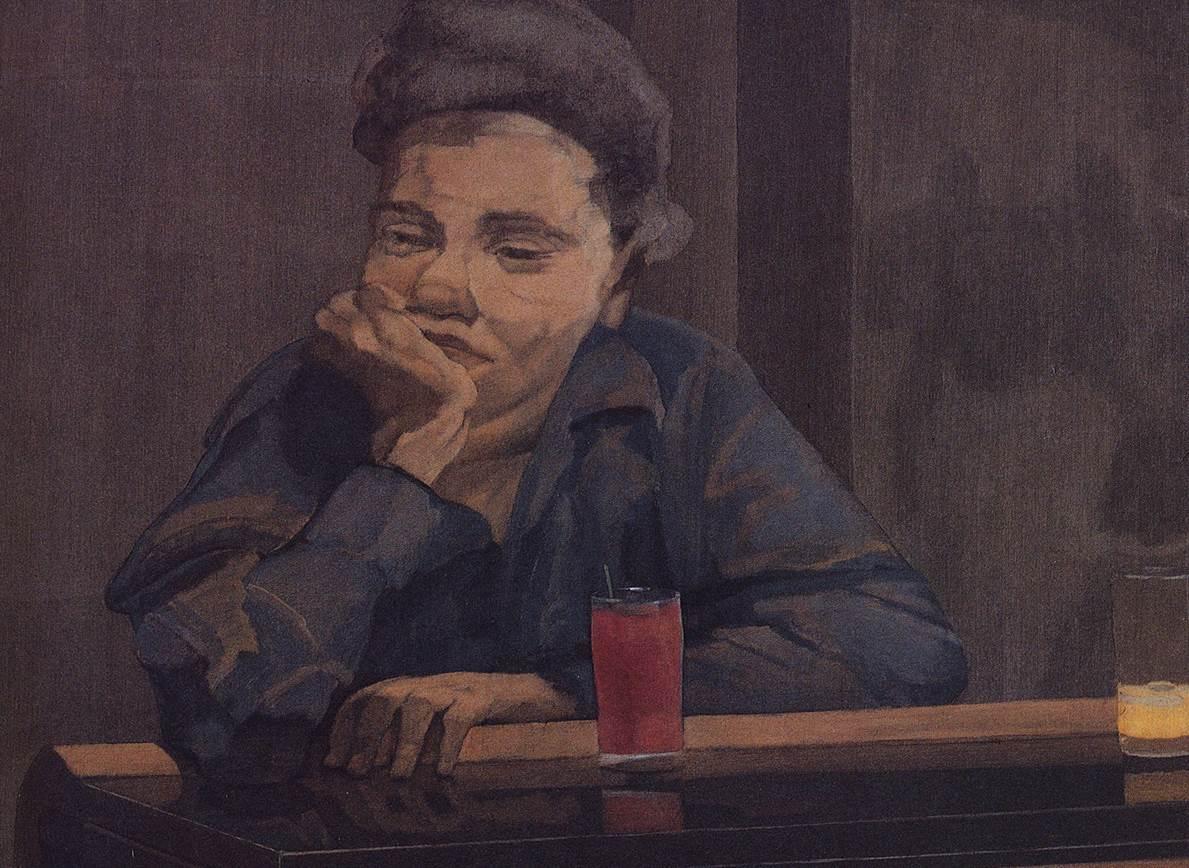 We met in July 1997 when I produced a story on him for WTTW11’s “Artbeat Chicago” show. Bob asked me to meet him on Division Street, where he could hire a model. When we met on the sidewalk, he hollered up to a second-story window – the woman didn’t own a phone, and her doorbell was broken. He persuaded her to join us at Rite Liquors for a few beers and a sketching session. He paid her $20 for modeling and bought the beer.

“For me this city is a very exotic. I had come from an exotic city – I had been stationed in Tripoli, Libya and it was full of all these outdoor markets,” Guinan said. “And yet there was an outdoor market here [Maxwell Street], and full of live musicians!”

When he began painting, Guinan couldn’t afford much more than paint.

“I was a bartender at Stouffer’s downtown. And canvas was expensive, so I used to steal tablecloths and paint on the tablecloths,” he said. “Some of my paintings still have big red and white flowers on the back of them.”

Guinan didn’t depict the glamorous side of the city. Instead, he painted the street life and its citizens with great empathy. 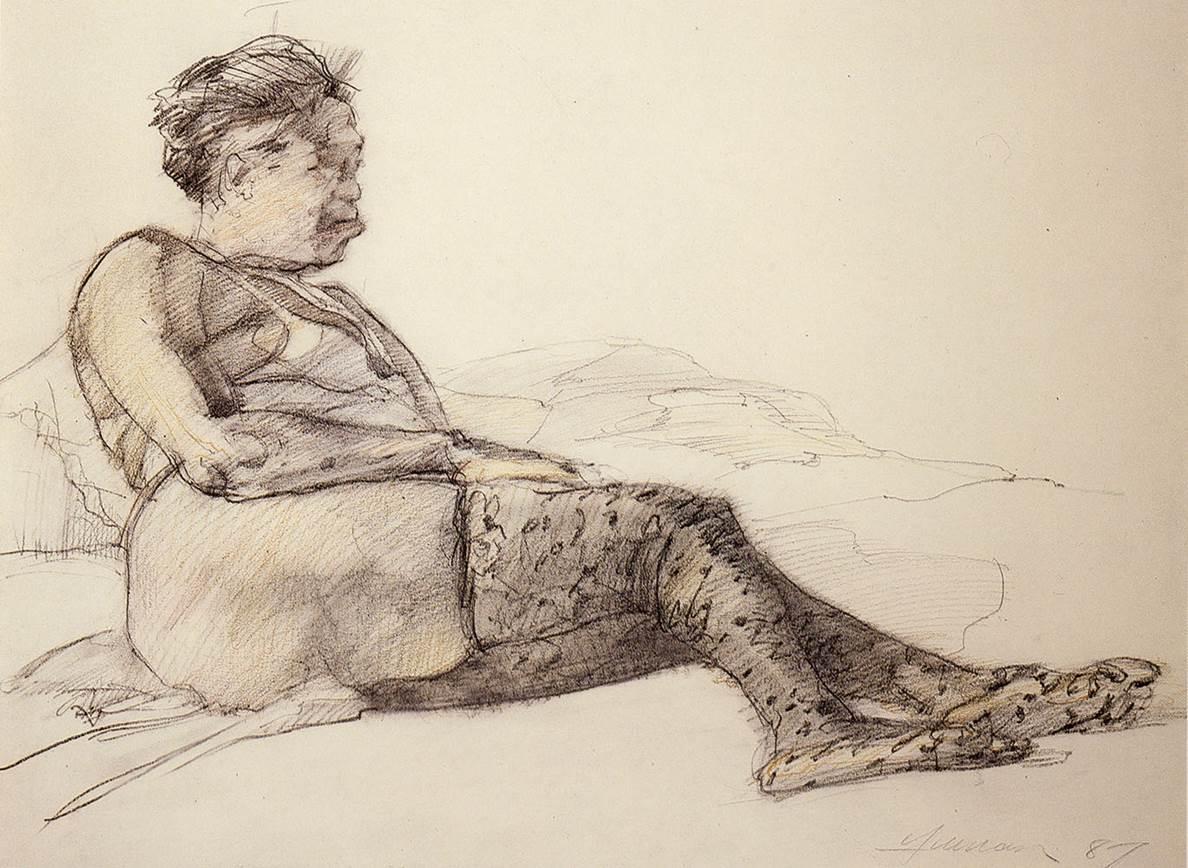 “My work is more journalistic than it is narrative. What I do best is reporting,” he said.

Rest in peace, Robert Guinan. You were a compassionate painter of Chicago and a raconteur with the keen eye of a reporter.

A memorial will be held at 7 p.m. on Friday at the Cliff Dwellers Club.

Robert Guinan has been represented since 1972 by the Galerie Albert Loeb in Paris. His more recent work was represented by Ann Nathan Gallery in Chicago.