The Citizens Police Data Project went online Tuesday. The searchable database, the largest of its kind in existence, chronicles 56,361 police disciplinary records. Among them, more than 28,000 allegations of misconduct filed against the Chicago Police Department between March 2011 and September 2015, and records on officers repeatedly accused of wrongdoing between 2000 and 2008. 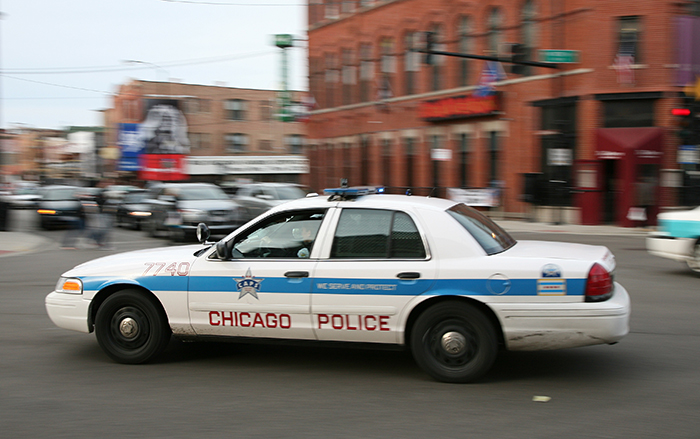 How it came to be

In 2003, Diane Bond, a 49-year-old public school janitor, told journalist and human rights activist Jamie Kalven that she’d been abused by a group of police officers. Bond alleged these officers had repeatedly invaded her home, forced her to strip naked and destroyed some of her possessions – including religious items. According to Bond, the incidents occurred at Stateway Gardens, the South Side public housing project where Bond lived and Kalven had a makeshift office to write and promote community outreach.

Kalven says he was no stranger to witnessing police misconduct at Stateway Gardens and encouraged Bond to file a complaint against the officers, a group infamously known in the projects as the "skullcap gang" for their knit caps. He also connected her to Craig Futterman, an attorney and professor who founded the University of Chicago’s Civil Rights and Police Accountability Project 15 years ago.

Futterman and his law students filed a civil rights lawsuit on behalf of Bond in 2005. By then, Kalven had begun chronicling the case in a blog series called Kicking the Pigeon. Bond’s lawsuit was ultimately settled out of court for $150,000 in 2007, although the police admitted no wrongdoing. The work was far from over for Kalven and Futterman, however, because the discovery phase of Bond’s litigation revealed eye-opening findings.

As Bond’s attorney, Futterman was determined to prove that the Chicago Police Department let officer misconduct go unpunished. He requested police records for any officers with 10 or more complaints. After receiving this data, Futterman found that several officers got off scot-free after being accused of wrongdoing numerous times. Roughly 5 percent of officers, usually working in poor areas, accounted for nearly half of all police misconduct complaints. While determined to make this information public, Futterman was hindered by a court protective order that sealed the records.

What followed was a seven-year legal battle waged by Futterman and his law school’s Mandel Legal Aid Clinic, which teamed up with Kalven and his journalistic production company Invisible Institute. Starting in 2007, Kalven petitioned the court for the release of several records relating to the Bond case and officers who had received the most complaints. Kalven argued this information was in the public interest. U.S. District Judge Joan Lefkow agreed with him, but the city appealed and the case was overturned in 2009 by the 7th Circuit Court of Appeals.

In response, Kalven filed a Freedom of Information Act request for the records and sued the city later that year. On March 10, 2014, the Illinois Appellate Court ruled in Kalven’s favor that police disciplinary records are public information.

The Fraternal Order of Police is currently appealing that decision, arguing that these documents are meant to be destroyed after five to seven years depending on the allegation.

For now, the records are open to the public at the Citizens Police Data Project.

The database, which will be updated regularly, provides the complaint, name of accused officer and what punishment, if any, was handed down. It also lists the race, gender and age of both the officer and complainant as well as where in Chicago the incident occurred.

What the data reveal is somewhat troubling:

• An overwhelming number of complaints do not result in punishment for the accused officer: Less than 3 percent of police misconduct allegations bring about disciplinary action.

• When punishments are handed down, they tend to be light. Eighty-five percent of punitive actions are suspensions of five days or less.

• Black officers are disproportionately found guilty of misconduct and receive stricter punishments than their white counterparts. Black officers with sustained complaints were disciplined more than twice as often as white officers.