Each year the MacArthur Foundation awards unrestricted fellowships to 20-30 talented U.S. citizens and residents working across various disciplines. Of the 24 fellows named to the Class of 2015, three are from Chicago: LaToya Ruby Frazier, a photographer and video artist; Juan Salgado, president and CEO of Instituto del Progreso Latino; and John Novembre, a computational biologist at the University of Chicago.

Joining us to talk about the $625,000 no-strings-attached stipend each fellow receives and their plans for on how to use the grant money are Frazier and Salgado. Read an interview with Novembre, who isn’t available to be on the show.

Below, biographies of Frazier, Salgado and Novembre from the MacArthur Foundation. 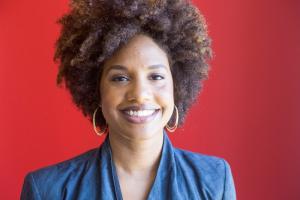 LaToya Ruby Frazier is a photographer and video artist who uses visual autobiographies to capture social inequality and historical change in the postindustrial age. Informed by documentary practices from the turn of the last century, Frazier explores identities of place, race, and family in work that is a hybrid of self-portraiture and social narrative. The crumbling landscape of Braddock, Pa., a once-thriving steel town, forms the backdrop of her images, which make manifest both the environmental and infrastructural decay caused by postindustrial decline and the lives of those who continue—largely by necessity—to live amongst it. Read more about Frazier’s work.

Below, the MacArthur Foundation spotlights Frazier. 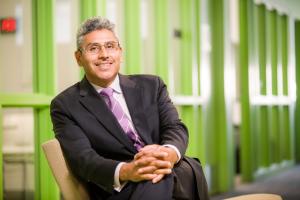 Juan Salgado is a community leader helping immigrants overcome barriers to success in the workplace and build the human capital of their communities. Through the Instituto del Progreso Latino, which he has led since 2001, Salgado works with members of the low-income, Latino immigrant communities on Chicago’s Southwest Side. Most adults in these communities work in menial jobs and face formidable barriers to upward mobility; few have high school diplomas, and many lack the English-language skills needed for a GED or vocational training program. Read more about Salgado’s work.

Below, the MacArthur Foundation spotlights Salgado. 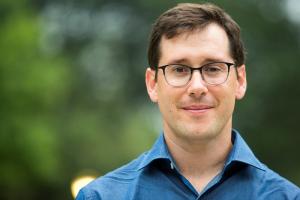 John Novembre is a computational biologist whose work sheds new light on human evolutionary history, population structure and migration, and the etiology of genetic diseases. He develops novel data visualization and analysis techniques to investigate the correlations among genomic diversity, geography, and demographic structure. In early work, he uncovered vulnerabilities in a classic approach to analyzing the geographic distribution of genetic diversity—principal component analysis (PCA)—and upended a long-standing interpretation of PCA waves as indicators of large-scale migration events. He went on to leverage this finding and, with collaborators, established a strong correlation between shared ancestral geography and genetic similarity among Europeans. This research affirmed the importance of place in determining DNA patterns and showed that it is often possible for ancestry to be pinpointed within a couple hundred miles through genetic sequencing. Read more about Novembre’s work.

Below, the MacArthur Foundation spotlights Novembre.

John Novembre, a computational biologist at the University of Chicago, talks about finding out he was selected as a fellow, his plans for the grant money and how he became interested in his field.

How did you find out you were selected as a MacArthur Foundation fellow? 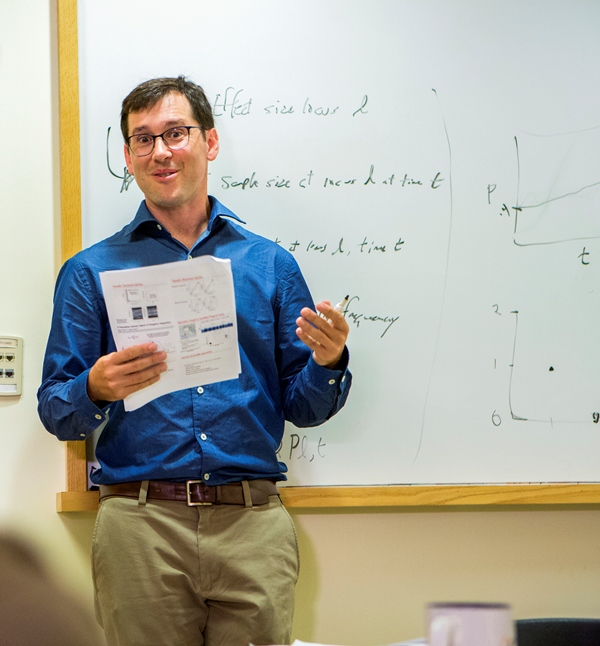 John Novembre. Credit: John D. & Catherine T. MacArthur Foundation. John Novembre: I was teaching in a workshop in Woods Hole, Mass. I’d been getting phone calls during the day while I was teaching that were from a number I didn’t recognize, and I was wondering what was going on but I was keeping very busy. At some point, I saw a text message that said, “Please call, this is Cecilia Conrad. Please call before dinner.” And I thought, that’s odd: How did they know I’m not in my normal time zone and that I’m about to go to dinner or will be relatively soon?

I needed to get some work done before going to this dinner … so I went into this restaurant bar, sat down at a table overlooking the water, and the restaurant was fairly empty and my phone rings. I figured I’ll take it and find out what this is about, and the voice says, “Are you in a place where you can have a private conversation?” I said, “Oh gosh what is this about?” And they said, “This is about the MacArthur Foundation,” and I looked around and the restaurant is pretty empty, so I said yes—this is the MacArthur Foundation, I wanted to find out what they had to say. And they told me the news and it was incredible.

What was your initial reaction when they said, ‘Congratulations, you’re one of our fellows’?

JN: It was just complete surprise, and awe and joy. It was really just an incredible feeling. They read to you a biography they’ve prepared of your work, and to hear in somebody else’s words what you’ve done—how people have summarized your accomplishments—it’s really a special, special experience.

From my understanding, you’re allowed to tell one person that you were selected as a fellow before the foundation’s announcement. Who’d you tell and what was his or her reaction?

JN: I told my girlfriend, my long-term girlfriend. It ended out working great. I was finishing up teaching this course and she was going to be flying in the next day to meet me to explore Cape Cod a little bit. So it was a perfect start to this weekend where I told her the news on Friday night and then we had Saturday and Sunday to just revel in it and talk amongst just the two of us there, and share our thoughts about it. It was incredibly special; it was great.

JN: A little over two weeks you have to keep it under wraps. That’s quite a challenge. It was funny to hear after the news broke my colleagues here on campus say, “I was in that meeting with you and you seemed like perfectly normal. That’s impressive you held it in.” I was glad to hear that, so I guess I did OK with it. It was a very surreal limbo type of state to be in where you know this thing is true, but yet it hasn’t really acted in your life yet.

What is a computational biologist?

JN: A computational biologist is somebody who’s developing analysis algorithms for analyzing large-scale biological data, and we’re in an era where the scale of data sets in biology has just grown immensely. We’re in the big data era that’s hitting the business world; it’s hit biology as well, and because of that there’s increasingly individuals like me and my colleagues who specialize in just coming up with ways for digesting these large data sets into actual meaningful statements that are relevant to biological questions. 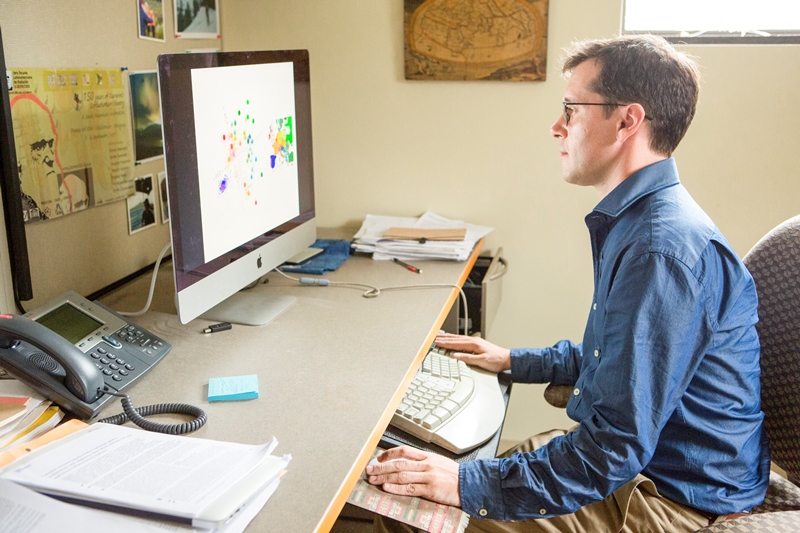 What are some of the biological questions you aim to answer with these algorithms that you and your colleagues are developing?

How did you get interested in this field to begin with?

JN: Just from high school classes. When I learned how DNA codes for proteins, it’s just sort of an amazing and fascinating thing, and then you start thinking about, well, if the DNA is varying, how does that affect the proteins and the regulation of the proteins?

I just got fascinated with thinking about how evolution works at a molecular level. One of the most exciting areas to think about those questions is in the context of human evolution and human genetics because of the overlaps with both medical genetics—and that has the potential for us to do a better job learning how the human body works and about how human hereditary diseases work—and yet it also intersects with archeology, and linguistics and history, geography, and so I sort of just started realizing it’s a very interdisciplinary, fascinating field and one that would be growing and exciting to work in.

What are some of the real-world applications of your research?

JN: My work very specifically has applications in personalized genomics, personalized ancestry inference. The idea of someone being able to spit in a tube and be able to learn about where their ancestors come from … [has] taken some lessons from the work that we’ve done.

We’re sort of doing the basic research that helps people decide on strategies for mapping disease variants.  We’ve done some work on how many rare variants there are with humans relative to common variants, and there are big questions about whether inheritable diseases are driven by things that are relatively rare versus common. The rare versus common has a huge impact on how you decide to map the diseases.

Do have any plans or ideas on how you’ll spend the grant money?

JN: I want to get a new bike. I want to get an office chair that I’ve always had my eye on that I’ve never pulled the trigger on. But more ambitiously there are some projects that we would like to pursue that are higher risk and that we’re going to need support for that we don’t have grants for, and so we’ll be able to pursue some of those projects. That’s really exciting. Some of those projects have to do with getting DNA from archeological sites which is an increasingly exciting area of human genetic research, and other groups have been getting into it and we’re thinking of doing the same. And this might allow us to make that transition.