With the over-65 population in the U.S. expected to grow significantly in the coming decades, financial exploitation of senior citizens will increase dramatically, according to a new book.

“Stealing Joy: A True Story of Alzheimer’s, Elder Abuse, and Fraud,” is a first-person account of how the author’s elderly mother was taken advantage of in her final years.

Glynnis Walker Anderson, Woodstock resident and author of “Stealing Joy,” joins us to talk about exploitation of the elderly. Also joining us is David Williams, supervisor of the financial crimes and public corruption unit at the Cook County State’s Attorney’s office. Williams also oversees the unit that handles elder fraud and abuse. 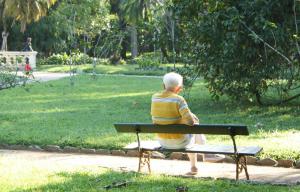 Elder abuse and abuse of adults with disabilities is the least recognized form of family violence, according to the Illinois Department on Aging.

Below, learn about the types of abuse, financial exploitation, tips for preventing fraud and how to report suspected abuse.

Abuse can take several forms, including:

The abuser and victim

Most often the abuser is a family member—adult, child, spouse, grandchild, or other relative—according to the Illinois Department on Aging. The abuser could also be a non-relative caregiver.

Most often the victim is a white female with an average age of 79, according to the Illinois Department on Aging. Victims may suffer from some form of dementia or physical impairment, making them dependent on others for care. They may also be reluctant about reporting abuse. 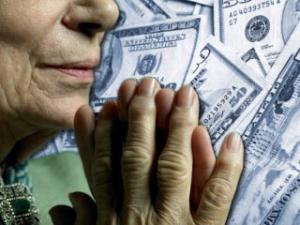 The frequency of elder fraud—the financial exploitation of the elderly—is very common, according to David Williams, supervisor of the financial crimes and public corruption unit at the Cook County State’s Attorney’s office, who oversees the unit that handles elder fraud and abuse.

“Criminals pick targets wisely and they recognize that the elderly are often vulnerable, easy prey,” Williams said. “The population is living longer, so we’ll be seeing more of this. We’ve seen so many sad cases of this sort of exploitation: Elderly being exploited by friends, neighbors, and caregivers, sometimes even family. We’ve seen siblings get power of attorney and steal the entire estate from other siblings.”

Financial exploitation has many warning signs, according to the Cook County State's Attorney's Office. Learn more about them below. 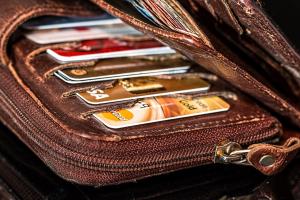 Includes instances in which the victim is:

Instances in which the victim is 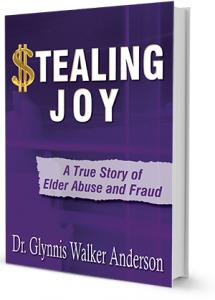 In her book “Stealing Joy,” Glynnis Walker Anderson detailed her account of how her elderly mother was taken advantage of in her final years.

“The attorney who had written up my mother’s will a few years earlier, leaving the estate with me, conspired with a neighbor to have her write a new will just months before she died,” she said. “She didn’t even know she was signing it because she has Alzheimer’s, but she was in Canada, and I was here, making it difficult to do much. Her doctor contacted me when he noticed these two people had power of attorney to make life decisions for her. It’s very hard once someone has power of attorney to contest it.”

After spending several years and thousands of dollars in court contesting the will, Anderson was awarded her mother’s estate per the original will. As difficult as they may be, conversations regarding end-of-life planning are crucial, according to Anderson.

“You should have the difficult conversation about what their preferences are medically and financially, as well as have them write a will and talk to their loved ones about it before age 70, and have these conversations regularly. Alzheimer’s is increasingly affecting younger people. Have the conversation before your loved one is no longer competent enough to make a wise decision,” she said.

Williams shares precautions people can take to prevent elder fraud from occurring. Read his tips, below.

To report suspected abuse, financial exploitation or neglect of an older person or a person with disabilities between the ages of 18-59, call the Adult Protective Services Hotline: 1-866-800-1409.

According to the Illinois Department on Aging, those reporting suspected abuse should be prepared to answer the following questions: