A plan to exempt low- and middle-income homeowners from the coming city-wide property tax hike runs into some resistance. Just who would benefit and who might bear more of the tax burden under the plan? Paris Schutz has the story.

In fact, a large chunk of Chicagoans may not see any increase in their property taxes if all goes according to plan. But that means others will have to bear more of the burden. The other catch is that the mayor needs Springfield and Gov. Bruce Rauner on board.

Emanuel is banking that a skeptical Gov. Rauner will support a plan to exempt all Chicago homeowners that live in properties worth $250,000 or less from paying any part of the proposed $500 million property tax increase. This would be done by increasing the percentage of a home’s value that is tax exempt to protect the low and middle income homeowners. This is part of the mayor’s promise to make his proposed property tax hike progressive and it has to be approved by Springfield. But if Springfield doesn’t come together to approve this, does it mean there’s no other way to exempt homeowners? The mayor tiptoed around that question and said he was betting that the governor would come on board.

“I think when the governor looks at our whole budget, he’ll see that we didn’t leave any stone unturned,” Emanuel said. “Second, the homeowner's exemption is fair and equitable, it’s never been controversial. Democrats and Republicans, this would be one way people can come together down in Springfield.”

Alderman Joe Moreno on Chicago Tonight also offered up a plan to give low- and middle-income homeowners a rebate against the higher property taxes, something that would ostensibly not need Springfield’s approval.

To qualify for the exemption under the plan, a residential property owner would have to live in their home. So, if it’s a rental property, it doesn’t apply. We talked to Ald. Ameya Pawar (47th Ward) who has been briefed on the plan. He says it would affect 100,000 city homeowners.

“We have to save pensions for first responders, we have to stabilize the city’s finances, and we have a way to do it that shields low- and middle-income families and senior citizens,” Pawar said.

The downside is that someone else would have to pick up the slack, which would fall on higher valued homes and commercial properties – which are already taxed at two-and-a-half times the level that residential properties are taxed.

Michael Cornicelli, executive vice president at BOMA/Chicago, an association that represents many of the big commercial buildings in the city, says he believes the plan is a recipe for disaster.

“The city’s running a serious danger of killing the golden goose in terms of overburdening a sector of the economy that does not have the political voice that the bungalow belt has,” Cornicelli said. “Exempting residential homeowners from that burden and shifting all of that to commercial taxpayers is not an equitable solution. We think it’s a short-sighted view of the city’s future. It’s a stopgap measure that is perpetuating historic inequities in a property tax system that has been Machiavellian from the beginning.”

Cornicelli also said that he believes building owners will pass on the higher costs to tenants, who would absorb the costs by cutting jobs or moving out of the city altogether. An analysis in Crain’s Chicago Business concluded that commercial properties would wind up shouldering nearly four-fifths of this property tax increase if the exemption were to go through. Chicago Tonight was told that the details on a bill in Springfield to do this have not been worked out necessarily, although the final bill may involve raising the exemption on homes statewide. 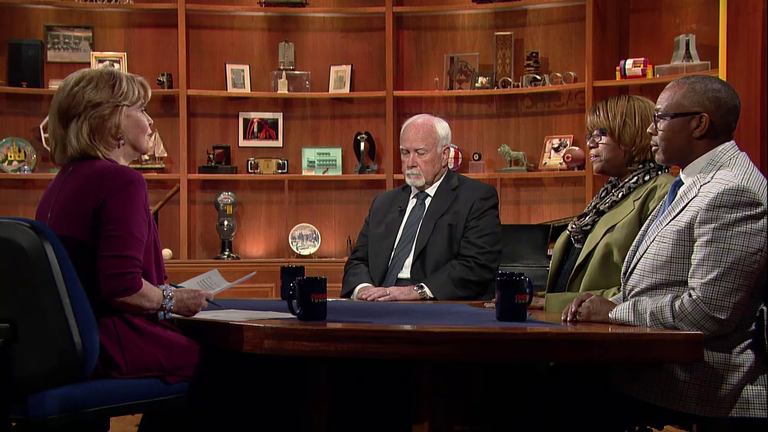 On Sept. 9, Chicago Tonight asked aldermen to sound off on the record high property tax increase and other tax proposals. Revist our discussion.