The radioactive mushroom cloud of marital unhappiness set off by the hacking of adultery website Ashley Madison keeps growing, with a class-action lawsuit filed this week by former site users, and Canadian officials saying they’ve received two unconfirmed reports of suicides related to the data breach.

Hackers infiltrated Canadian-based Avid Life Media, which owns the salacious website, and last week dumped information—such as names and home addresses—of 37 million users. The company is offering a bounty of $500,000 Canadian on the hackers.

But what does the website and its popularity say about modern marriages? And how do Ashley Madison, dating websites, and smartphone apps affect how we build relationships?

"This is an unmet need," said Eli Finkel, a professor of social psychology and a professor of management and organizations at Northwestern University. "The idea of cheating isn't new ... in general, the way people date is not totally new, but there are new ways to access opportunities to meet other people, including infidelity or adultery sites, and there's no doubt that this long-standing desire that people have, to have sex with somebody other than their partner – these online dating sites can facilitate that."

Watch the video for our full discussion with Finkel about love in the digital age. 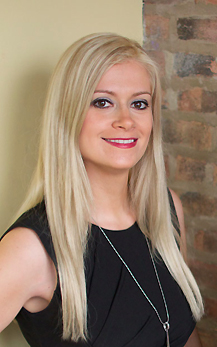 Anita Chlipala Anita Chlipala, a licensed marriage and family therapist, was unhappy with high divorce rates, she said, and wanted to offer help. In 2011, the Chicago native founded Relationship Reality 312.

We reached out to her to talk about online dating and how existing couples can overcome infidelity.

“I love online dating,” Chlipala said. But she acknowledges that it can lead to a “grass is greener” mentality: If you’re constantly thinking that there’s someone better out there – who is maybe just a click away – you won’t find love.

The seemingly endless options also foster a culture of honing in on a person’s faults, rather than their positive qualities.

As for the World Wide Web of options, here are her tips:

Make sure you don’t undersell yourself in your dating profile.
Be genuine; get to the essence of what makes you unique. You don’t want to sound like everyone else out there. Coaches can help “fix” profiles, but if you don’t have access to a coach, ask a friend to look over your profile to see if your qualities come through. Don’t force an overly funny- or hip-sounding profile. It won’t work in the long run if that’s not really who you are. Also, when it comes to photos, use your best ones and stick to shots of you solo (no group shots, folks).

Avoid “marathon” dates.
A nine-hour jaunt across the city might be exhilarating in the moment, but can be overwhelming to some, and even lead to next-day anxiety. Stick with dates that are 2-3 hours in length. You don’t have to plan everything out in advance – drinks can turn into dinner if the evening is going well – but don’t go overboard, either.

Need an exit strategy? Keep it simple.
There's no need to create a complicated backstory. Just tell your date that you’re tired and you have to get up early. You don’t have to be rude, and these types of white lies are not a big deal, Chlipala says.

For a first date, go somewhere quiet.
She’s not opposed to bars, but Chlipala says to avoid places that get really crowded and loud. You may even want to scope out a place in advance of your date, to see if it’s got potential for a love connection.

In addition to date coaching, Chlipala helps couples deal with issues such as infidelity. We asked her for three things that couples can do to help them get past a cheating spouse or partner.

1. Be very transparent.
Infidelity brings out feelings of PTSD in the person who was cheated on (this does not necessarily mean that PTSD is present). In order to address issues of trust, the person who cheated has to open their personal devices to their partner, including phone and email. Did you cheat? Try taking selfie texts of yourself at the grocery store, for example, to let your partner know that they don’t need to wonder if you’re truly where you say you are. This sounds extreme but transparency is key to the healing process.

2. Create boundaries and set rules.
Are you allowed to drink alone with a member of the opposite sex? It may sound restrictive, but couples rarely define what “cheating” means to them. Set your rules early, and if you break them, be honest and open. Don’t pretend it was not a big deal. Own up to your actions.

3. Seek therapy.
Couples who try to fix the problem themselves can do more damage if they don’t heal, and can actually compound the problem if they wind up in the same situation.

Want more advice from Chlipala? Check out her column, The Relationship Couch at pattiknows.com.