Controversy Over the Little Pink Pill

In the headlines it's often called female Viagra, but medical experts say it should not at all be compared to the erectile dysfunction drug.

The female version will become available in October and carries the brand name, Addyi. In June, it became the first Food and Drug Administration-approved drug to treat what's clinically called hypoactive sexual desire disorder in women. 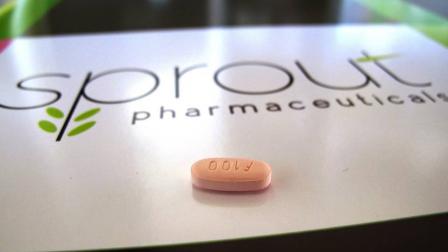 Addyi, the pink pill for women.

But the pink-tinted pill was resoundingly rejected twice before by the FDA and Addyi continues to have more than its share of detractors.

While the drug maker, Sprout Pharmaceuticals, says clinical trials showed it to improve women's libido, critics say the pill carries too many potential risks and questions still abound over whether female sexual dysfunction can be treated with medication.

Addyi is the brand name of flibanserin, which was approved earlier this month by the FDA to “treat acquired, generalized hypoactive sexual desire disorder (HSDD) in premenopausal women,” according to an FDA press release.

How does it work?

According to the FDA:

“Addyi is a serotonin 1A receptor agonist and a serotonin 2A receptor antagonist, but the mechanism by which the drug improves sexual desire and related distress is not known. Addyi is taken once daily. It is dosed at bedtime to help decrease the risk of adverse events occurring due to possible hypotension, syncope and central nervous system depression (such as sleepiness and sedation). Patients should discontinue treatment after eight weeks if they do not report an improvement in sexual desire and associated distress.”

Chaudhari says, “Looking at the mechanism of the drug is really interesting because we don’t totally understand how sexual response works in women.”

That’s because sexual response in women is multifactorial.

“Women are affected by chemical levels in the brain, and we think when we have high levels of one chemical, perhaps we can have a decrease in sexual desire versus other chemicals that might improve sexual desire,” she said.

In addition, external factors such as mood and relationship issues can affect a woman’s sexual desire.

“This is why it makes it so difficult; research around this topic is so limited,” she said. “Studies on women are more difficult because we don’t totally understand women’s sexual response.” 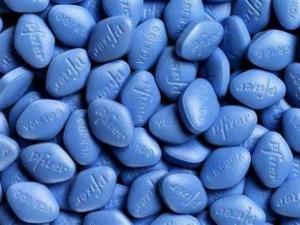 Despite numerous comparisons to Viagra, Addyi is not the female equivalent of the drug. Is Addyi women’s Viagra?

“Viagra is just used for men with erectile dysfunction, and it supposed to be used immediately before intercourse to maintain an erection,” Chaudhari said. “[Addyi] is meant to be a maintenance medication for women. It’s not a quick fix.”

“It’s not something you can pop before intercourse and be in the mood to have intercourse,” she added. “You have to take it every day in a long-term format.”

During filming, she said she discovered that the pharmaceutical company seemed more interested in making a profit than helping women.

“I remember asking things like why start working on a drug, and no one wanted to tell me that. What is this disease? What are the characteristics of this disease, and they’d say, ‘We don’t know really.’ It seemed very fuzzy. I don’t think there’s anything wrong with developing creams for pleasure if it doesn’t harm,” she said. “[Viagra] worked on men with erectile dysfunction [and] they thought this would be a bigger movement [that could work on women]. That was the drive.”

In the video below, watch clips from the documentary.

In the web extra video below, watch highlights from the FDA’s Dec. 2, 2004 hearing on Procter and Gamble’s Intrinsa, a testosterone patch designed for women.

Canner takes issue with framing low sexual desire as a disease or disorder.

“I think the problem of putting this in a disease category is it will put pressure on women to perform sexually in a certain way. It’s not a medical condition in that it’s a sickness or a disease,” Canner said, adding that some medications and conditions do contribute to reduced levels of sexual drive. “There are real reasons why women aren’t desiring their partners anymore—abuse, stress, [and/or] they don’t have a good sex life. This places it on women that there’s something wrong with them, and this can be a real problem and a setback.”

What are the side effects of Addyi?

The FDA lists dizziness, sleepiness, nausea, fatigue, insomnia and dry mouth as the most common side effects of Addyi. In addition, alcohol is not to be consumed while taking Addyi.

“I think the really distressing part in all of this is the fact that the FDA approved this drug after rejecting it as an SSRI, and rejected it twice as a treatment for HSDD,” Canner said. “Women may be taking this drug for the rest of their lives, it may affect their babies.”

Those may not be the only side effects of Addyi.

“Those are the ones we know now,” Chaudhari said. “Sometimes after people begin using medications, we find out about more bad stuff.”

Previous FDA rejections and side effects aside, the drug could benefit some women.

“I think the biggest reason it wasn’t approved, other than the known side effects, was that it was only a small change in what people call improvement. On an individual basis, it could be big. But in a study it’s difficult to prove,” Chaudhari said. “It doesn’t mean it won’t help someone. I think it wasn’t approved [before] because it’s difficult to show improvement and this [time around] showed some. It doesn’t seem like a lot but to a woman affected by it, it may be enough for her to take on the side effects and the risks.”

That said, Chaudhari says the drug should not be looked to as a panacea and she would prescribe it to select patients.

“I don’t think it’s a panacea for the 40 percent of women plagued by this disorder,” she said. “[Patients] would need to understand it’s not a quick fix and it doesn’t help everybody… I would consider prescribing it to the right patient.”