Christian Picciolini was once a neo-Nazi skinhead leader in Chicago. Today he runs an organization called Life After Hate. Jay Shefsky tells the story of Picciolini's remarkable transformation.

This segment originally aired on Chicago Tonight on May 6.

White supremacy in the digital age 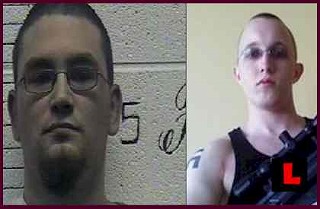 Earlier that year, the two white supremacist skinheads, who lived in Arkansas and Tennessee respectively, met on Myspace and discovered they had a lot in common. They never interacted face-to-face and planned the killing spree virtually.

“They were caught casing a house, thank God. But they met and started this plan online. There are lots of examples of this,” said Mark Pitcavage, director of the Anti-Defamation League’s Center on Extremism.

White supremacy in the digital age is, in some ways, like all social interactions: splintered and siloed. But the availability of social networking and niche sites on the Internet, from Instagram and Facebook to BikerOrNot and VampireFreaks.Com, facilitates increased communication and increased collaboration.

Despite modernity’s ease of communciation, the number of white supremacists has remained relatively stagnant in the past decades. The ADL has files for around 10,000 professed supremacists in the U.S., though Pitcavage says there are far more than the database currently contains and ever could. (Racist beliefs are often unspoken or expressed subtly—88 is an abbreviation for “Heil Hitler” while 14 stands for the number of words in a popular racist slogan.)

Most fit into one of five main white supremacy movements, which sometimes overlap ideologically but have distinct histories and values. 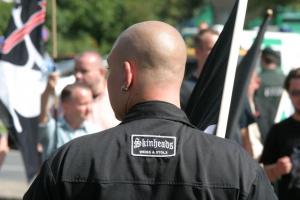 While many white power skinheads espouse neo-Nazism, they are more defined by their subculture: shaved heads, hate music, and specific fashion choices like suspenders and Doc Marten boots. (It is important to note the first skinheads—British working-class youth of the 1960s—were not necessarily racist, and anti-racist skinheads formed in reaction to what was viewed as a perversion of the original subculture.)

Racist skinheads crossed the Atlantic Ocean in the mid-1980s, first making a huge splash and then experiencing cycles of growth and inertia. The subculture peaked in the mid-2000s, when many new groups began to form and organized neo-Nazism began to decline. Conversely, many neo-Nazis now fly solo.

“In the early 2000s, the leaders of [neo-Nazi groups] ended up dying or getting put into prison. The people who followed them were not as charismatic or not as energetic,” said Pitcavage. “That’s one of the things that allowed racist skinheads to grow.”

Since then, the number of white power skinheads has remained stable, banding around local scenes that sometimes share music and messages across state and country lines. Chicago’s racist skinhead scene, for example, consists of Polish immigrants who were involved with the Polish skinhead scene, Pitcavage said, noting the case of Mariusz Wdziekonski who was arrested in 2010 for vandalizing Jewish graves.

According to Pitcavage, Illinois is not a hotspot for skinheads or white supremacist groups, unlike many other states in the Midwest. The Hammerskins and the Vinlanders Social Club, two of the oldest and largest racist skinhead organizations, are based in Indiana.

Besides skinheads, Indiana is home to three major white power prison gangs (Missouri is home to five). These groups, noted for their role in meth dealing, are formed behind bars and spill into the streets once its members are released.

“The combination of meth and the Internet has enabled them to grow,” said Pitcavage. “It’s not a coincidence that a lot of the states with a high amount of meth use see the most activity [from prison gangs]. The rise of the Internet allowed people to remain in touch with each other once they’re out of prison.”

White prison gangs, the only growing sector of white supremacy, have memberships in the thousands, surpassing that of neo-Nazi groups and local skinhead scenes. Because their recruits tend to come from the lower end of the socioeconomic spectrum, prison gangs have replaced KKK groups in many places where the Klan has had a large presence historically, according to Pitcavage.

“The Klan ballooned in the 1950s,” he said, “But they lost the Civil Rights battle. Law enforcement, society, politics, even in the deep dark south, turned against them.”

The result of that loss is ideological, reverberating across all factions of white supremacy and reflected in the hugely popular 14-word slogan: “We must secure the existence of our people and a future for white children.” 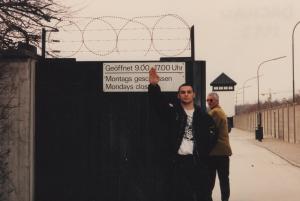 “If you go back 50 years and ask them what they stood for, it was dominance of the white race,” said Pitcavage. “Now, it’s a conviction that the white race is doomed to extinction, drowned by a rising tide of color that is controlled and manipulated by the Jews. Unless action is taken right now, the white race will disappear. That idea means that anything is justified, including acts of extreme violence. That can be used to rationalize anything.”

“White supremacists got angry and agitated and active,” he said. “Essentially, people who were already white supremacists were being motivated to take action, but there hasn’t been an increase in their numbers.”

As for existing supremacists, the actions of Christian Picciolini—renouncing past beliefs—are not at all typical. More likely, the racism goes dormant, says Pitcavage. But overall, the future looks bright for multiculturalism.

“The odds are we’re unlikely to see in the near or medium future any great rise in [white supremacist] activity or popularity,” he said. “That’s not the direction our society is tending to go in: slowly two steps forward, one step back. But the direction is one of greater tolerance, more inclusion.”