Forrest Claypool to be CPS CEO

“From historic gains in graduation rates to record high ACT scores and a record amount of students bound for college, our students, teachers and principals have made great progress, and for the sake of our children and our city, that progress must continue,” Emanuel said in a press release. “This new leadership team will build on our gains, address our challenges, and make sure that we continue putting our children and their education first.”

Claypool, Emanuel’s chief of staff, will replace Interim CEO Jesse Ruiz, who has been serving in that capacity since former CPS CEO Barbara Byrd-Bennett resigned in April amid a federal investigation into a no-bid contract awarded to a company that once employed her.

Claypool begins his new role on Monday, July 27. Ruiz will return to his previous role as vice president of the Board of Education.

Emanuel also announced Janice K. Jackson as the new chief education officer, Frank M. Clark as the new president of the Chicago Board of Education, and Denise Little as Claypool’s senior advisor.

“Claypool is a political ‘fixer’ and longtime mayoral insider who represents another non-education, business-style manager of our schools. Mayoral control has given us 20 years of businessmen running CPS, going back to Paul Vallas, and look where it’s gotten us. This appointment suggests that the mayor will look to cut even more from neighborhood schools, when what we need is a return to an education-centered approach,” said CTU Vice President Jesse Sharkey.

“The choice of Frank Clark to replace David Vitale is merely swapping one businessman for another,” Sharkey said. “As chairman of the commission that recommended the closing of more than 50 Chicago public schools, Clark played a key role in managing the greatest number of school closures in U.S. history, and in the cruelest of ironies, he has a charter school named after him—the Rowe-Clark Math and Science Academy.”

“The CTU is negotiating a contract with the Board and is willing to work with anyone, but these political appointments are telling us a lot about where the mayor is taking our schools, which is over a cliff,” Sharkey said. “The need for a new CEO and Board president because of corruption and irresponsible financial practices are clear examples of why we need an elected, representative school board.”

“We are hopeful that by working with the new CPS leadership team, we can move our public school system back onto solid fiscal ground.

“We urge the new leadership team to join us in our commitment to strengthening public, neighborhood schools with the resources they need to thrive and to serve as anchors of healthy communities.

“We encourage the new leadership team to end the practice of pitting neighborhood schools against privately-managed charters for desperately needed resources, and to address budget cuts that have led to mass layoffs of urgently needed faculty, classroom aides and other staff.  We need to increase the pressure on Springfield to implement progressive revenue solutions and to fix the broken school funding formula.”

“We continue to call for an elected, representative school board that reflects the needs and interests of parents and students in our communities. But in the interim, together we will work to change the current direction of Chicago Public Schools and create an equitable and well-funded public school system we can all be proud of.” 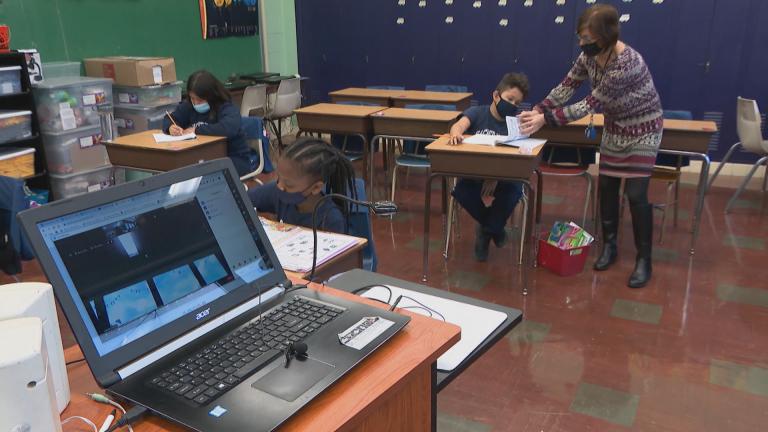