The Light of the World is poet and professor Elizabeth Alexander's memoir about her life with her husband, artist Ficre Ghebreyesus, and dealing with his untimely death. It's about dealing with her profound grief while also healing and moving forward with her teenage sons. Phil Ponce talks to her about the book. 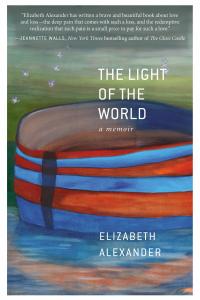 The Light of the World

Henry Ford believed the soul of a person is located in their last breath and so captured the last breath of his best friend Thomas Edison in a test tube and kept it evermore. It is on display at the Henry Ford Museum outside Detroit, like Galileo’s finger in the church of Santa Croce, but Edison’s last breath is an invisible relic.

Ficre breathed his last breath into me when I opened his mouth and breathed everything I had into him. He felt like a living person then. I am certain his soul was there. And then in the ambulance, riding the long ride down to the hospital, even as they worked and worked, the first icy- wind blew into me: he was going, or gone.

“I need to call somebody don’t I?” I asked the ambulance driver, a woman. 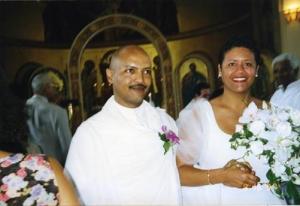 We had fifteen Christmases together. Almost fifteen years of marriage, sixteen years together, 1996 to 2012. We always said it felt like longer than it was. I would estimate at the end that we had a twenty- five- year marriage, and Ficre would agree. That long, that much struggle, that much jubilee. In our extended family, and family of friends, two cancers, two heart surgeries, one drug addiction, two mental hospitalizations, marriages, babies, funerals. Easters and Thanksgivings. Our friends’ parents and one friend’s son died; together we went bearing food and hot coffee. Together we went to the various places of worship in our best black clothes. Three houses, two cities. One job change, two closed businesses, one started business. Money went, money came. Several bad boyfriends of nieces, several good, three lovely husbands of nieces, one lovely wife of a nephew, six lovely babies. Four homes owned, three sold. Hemorrhoid surgery, dental surgery. No broken limbs. One political regime change, the end of one war, the start of another. An East African American U.S. president. Several refugees. Two U.S. naturalization swearings-in: two new citizenships.

Together we chose two day- cares, two nannies, fired one nanny in six days because at one and a half Solo said NO, stayed with the other for three years and wept when it was time for her to leave us, one nursery school, two elementary schools, one middle school, one high school. We planned fifteen Thanksgiving dinners, fifteen Easters, and at last, one Feast of the Seven Fishes. One Easter Ficre found a sheep farmer in Cheshire, Connecticut, and had a lamb slaughtered for his sister Tadu, for her tsebhe— the rich and spicy Eritrean meat stew— and her roast. We found where we could buy Italian Easter bread shaped in a cross with hardboiled eggs baked in. Buon Pascua, he’d say, and so would I. 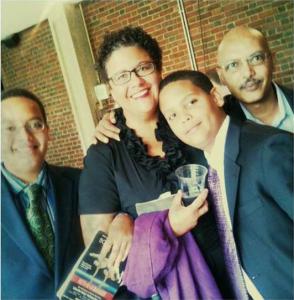 Three trips to Italy, where we had family and which was our ironic colonial demi- motherland, each time to different places: Rome, Venice, Florence, Amalfi, yes, but also Bari, Ceglie, Ferrarra, to see in-laws and friends. London, Scotland, Spain, Oakland, the diaspora of our family. Milan awaited, and bella Toscana, and Naples, once the crime settled down, and Sicilia; he wanted to smell the mint crushed underfoot. The Alhambra awaited, and the orange blossoms in Southern Spain in very early springtime.

In the years we were together I wrote four books of poems, two books of essays, two edited collections, and countless essays and talks. I taught hundreds of young people African American literature and poetry, directed a poetry center, and chaired an African American studies department. He made over eight hundred paintings, countless photographs and photo collages, and ran two restaurants. Of the plans that did not come through we wrote menus for other restaurants, plans for a downtown New Haven arts center, a school for the arts in Eritrea, a bed- and- breakfast on the Hudson River, a play based on the life of the magician Black Herman. Each of us made it possible for the other. We got something done. Each believed in the other unsurpassingly.

In all marriages there is struggle and ours was no different in that regard. But we always came to the other shore, dusted off, and said, There you are, my love.

Ghost of All Bookstores

Last night I went into a bookstore for the first time since Ficre died. Ah, I thought, I have been avoiding this, for he is the ghost of all bookstores. He is in the history section or the art section or the gardening section, reading books and piling them up. He would gather books for the children’s library, more books than they could ever read, more books than I thought would interest them, and we would fuss about it. I’d suggest taking a few off the pile. He’d say, That makes the whole design fall apart. I’d say, where will we put them? He’d say, we’ll get a bigger house, and then we’d laugh.

My darling you are not in this bookstore. Carrying home a bag of books I think of all the books I will never know about because you will not show them to me. I think of the loss of knowledge, all the things I will never know because you are not here to tell me. I cannot ask questions, I cannot be reminded. I can no longer say—though I still do—to the children, “That’s a Daddy question,” when they ask about the Peloponnesian War, or the Khmer Rouge, or Latin declension, or the quadratic formula, or how sinkholes are formed on limestone beds. You of all knowledge, you of all curiosity, god of books and deep knowledge, enemy of facile pronouncements, Ficre Ghebreyesus, ghost of all bookstores. 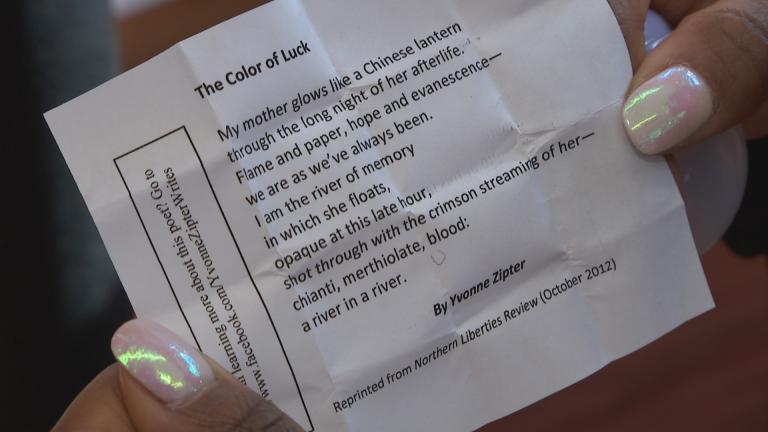 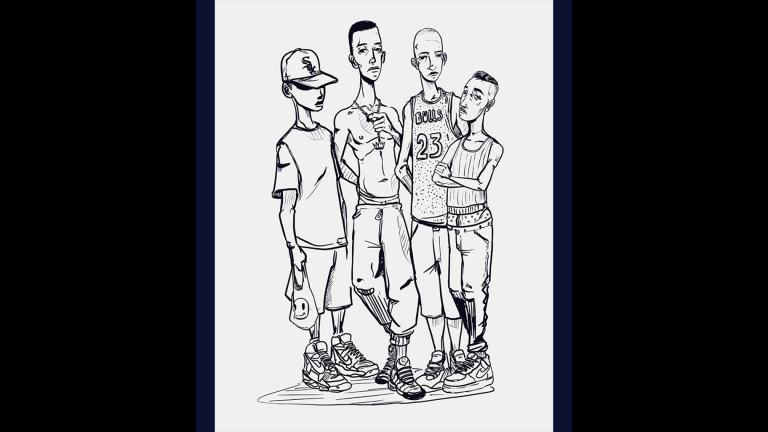 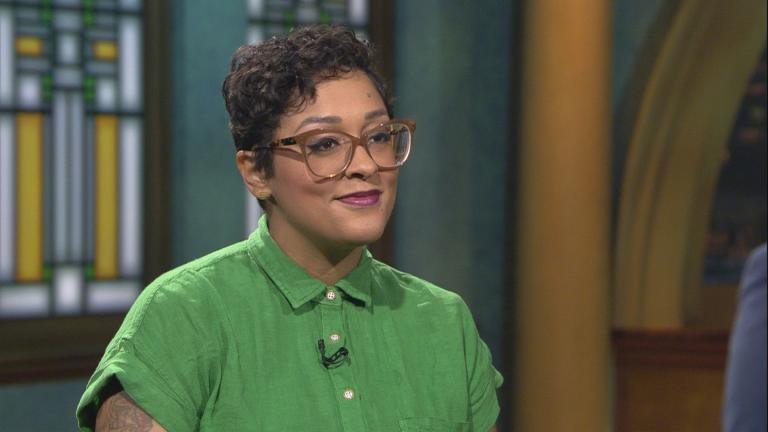 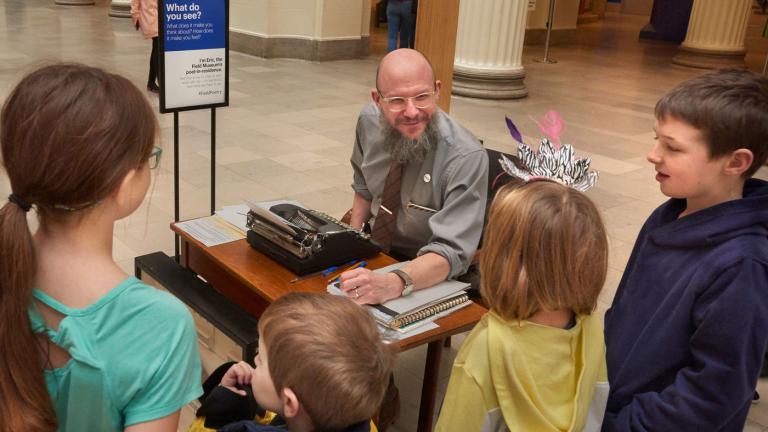 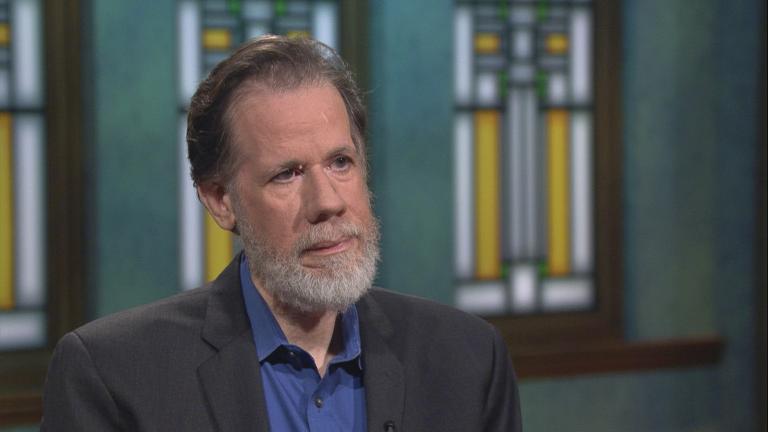