As part of the Chicago Community Trust’s On The Table, Chicago Tonight's Eddie Arruza hosted a dinner with area residents where they shared their thoughts, concerns, opinions, and hopes for the region's future. Read his blog about the event and watch a video of what participants had to say. 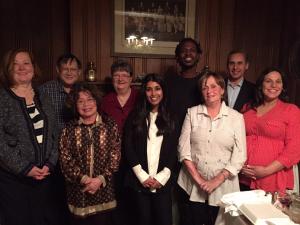 It’s in most everyone’s nature to give back, help out, contribute to the community in some way. That was the overall consensus of the participants at the On the Table gathering I hosted last night at Tre Kronor Restaurant in Chicago’s North Park neighborhood. For the spry Elsie Sy-Neibar, who’s not afraid to tell everyone that she’s the youngest 75-year-old she knows, being involved in the community is something she learned at home. Growing up in the Philippines, she says it’s part of the culture to in her words, “[share] the last morsel from my plate.” Elsie is now active in her church and helping new Asian immigrants to the Chicago area find their way in a new and oftentimes vastly different culture.

Several of the guests at my table were relatively new retirees all of whom had long, professional careers. Steve Kramer, a 62-year-old Niles resident, was a research chemist in the pharmaceutical industry. He spent the first few years of his retirement caring for his ailing mother who has since passed away. But even as a caregiver he managed to continue volunteering at a local food pantry and in forest restoration in the Chicago area. “What I lack in financial assets,” he says, “I try to make up for by giving of my time.”

Robin Bauer came to Chicago 18 years ago to work in the banking industry, something she retired from recently. The term she likes to use is “encore career.” That, she says is what she hopes to pursue in the next chapter of her life. Robin says she has been overwhelmed by the many ways one can give of their time and expertise and has begun by looking at ways to contribute in her Lakeview neighborhood. But she adds that she’s still not sure how to go about finding the right organization that could use her organizational and financial skills. That’s when 8-months-pregnant Monica Flamand-Petrovic, who works for Orbitz in Chicago, mentions the organization volunteermatch.org, which is one of an increasing number of websites that helps connect wannabe volunteers with the organization that’s right for them.

Stienmetz High School librarian, Bernie Eshoo, commented that there’s so much that volunteers can do for youth as school budgets continue to diminish. While retiree, Patricia Stanczykiewicz, says she would like to offer her time to help senior citizens who are often alone, lonely, and too often forgotten.

Our table had two college students: Gabriel Redd attends Northeastern Illinois University and Seema Talwalker is a postgraduate student at Northwestern University. Seema is from Milwaukee and her parents are originally from India. She says a literacy program she’s very involved with is near and dear to her as she witnesses firsthand how much children can grow and learn when they’re given the attention they need.

The repartee grows increasingly more sociable and inspiring as the nine of us get to know each other better.  And after the delicious dinner and a lively conversation, we all go our separate ways again, more inspired from what we’ve learned from and about each other. 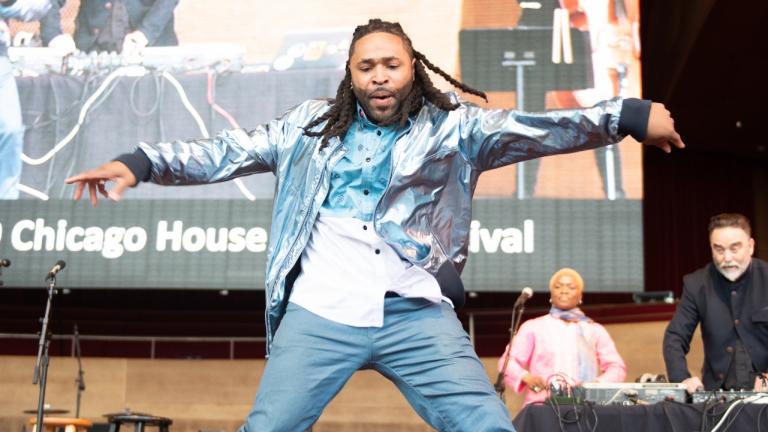 House Music Heading Back to ‘Hoods Where It All Began, As City Announces New Summer Series 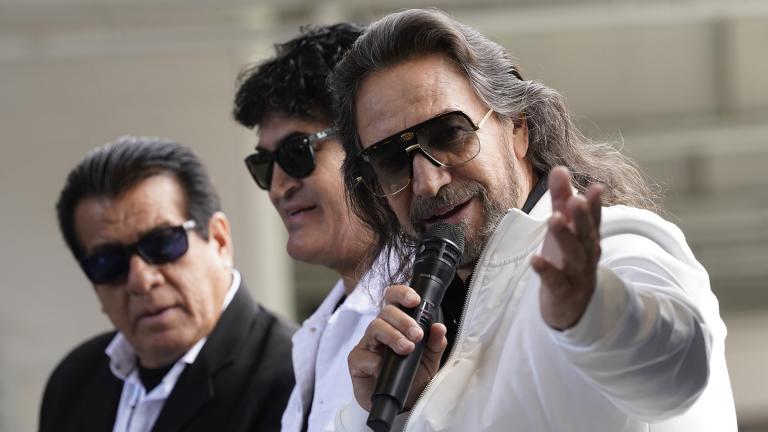 Taste of Chicago is Kinda-Sorta Returning With Pop-ups