Jack Yonover had eaten peanut butter all his life and had no problem with it. But around age 10, his parents decided he needed to expand his childhood palate and had him try a cashew. His allergic reaction to it landed him at a doctor's office where it was found that Jack is allergic to tree nuts. Jack is now 13 and one of an increasing number of kids who have to watch what they eat to avoid potentially life-threatening nuts. The Wilmette teenager is also a budding filmmaker and has created an impressive 40-minute documentary about the dangers of nut allergies from a kid's perspective. Yonover tells us about his documentary, That Bites!, which is already drawing attention from health professionals and film festivals.

Watch a trailer for That Bites!

FARE (Food Allergy Research & Education), a nonprofit dedicated to food allergy awareness, is hosting a screening of That Bites! in Wilmette at 5:30 pm on Thursday, April 16. Proceeds from the event will go to FARE. 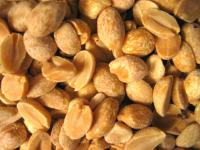 In 2000, responding to a rise in food allergies in children, the American Academy of Pediatrics recommended that parents avoid feeding peanuts to children at risk of developing an allergy.

“That was exactly the wrong thing to do,” said Cathryn Nagler, a professor of pathology and medicine at The University of Chicago. In fact, a recent study published last month found that introducing peanuts into infant diets actually decreased the chance of allergies.

Four in every 100 American children have a food allergy, a rate that’s increased by 50 percent from 1997 to 2011, according to the Centers for Disease Control and Prevention. The top culprits are milk, eggs, peanuts, tree nuts (cashews, almonds, etc.), soy, wheat, fish and shellfish. 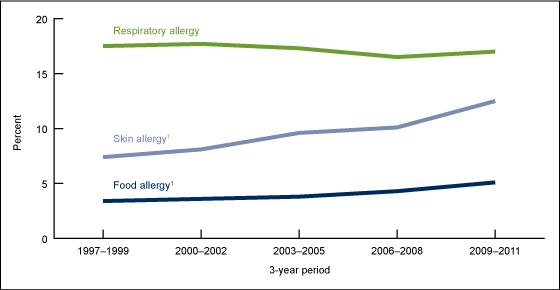 Though the exact cause of food allergies is unknown, researchers suspect it’s linked to the relationship we have to the bacteria in our guts. That relationship has been disturbed by the widespread use of antibiotics and anti-microbials in food and water, in treating viral infections, and in soap, said Nagler, who has received support from FARE.

The discovery suggests that food allergies, like diabetes and obesity, are a “disease of Western lifestyle,” according to Nagler. And the revelation has caught on, leading to claims that probiotics like yogurt and kefir can reverse food allergies. But unfortunately, bacteria-rich foods don’t quite cut it.

“Everything you can buy in your Whole Foods does nothing. Eating a few spoons of yogurt may make you feel better but it’s a drop in the bucket [in terms of altering bacteria in your gut],” Nagler said.

The type of bacteria that protects against food allergies – one that Nagler and her team discovered last year -- can’t be found on the market yet, though efforts to manufacture products containing it are in development.

Other products currently being tested include anti-IgE treatment, which blocks antibodies from setting off an allergic reaction, and oral immunotherapy, which slowly desensitizes the patient by giving him/her increasing doses of a food allergen.

But all of these methods will only go so far in sterile environments.

“We have to pair lifestyle changes with intervention,” said Nagler. “Continuing the use of antibiotics for viral infections has to stop. Reducing the use of antibacterial soap and eating more fiber are all prevention methods we can and should start to adapt.”