We talk with some aldermanic winners about beating the incumbents, as well as their priorities for the wards they represent and working with a new City Council. Joining us are Gregory Mitchell, who defeated 7th Ward Ald. Natashia Holmes, Milly Santiago, who is slightly ahead of 31st Ward Ald. Ray Suarez who has yet to concede, and 45th Ward incumbent Ald. John Arena, who defeated challenger John Garrido. 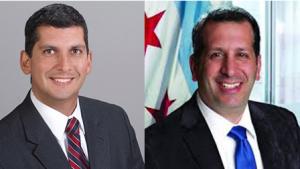 Of the 18 aldermanic runoff elections, 12 of them pitted incumbents against challengers, including a rematch between John Arena and Chicago Police Lt. John Garrido, who was supported by the Emanuel-allied Chicago Forward PAC. Arena, a frequent critic of newly re-elected Mayor Rahm Emanuel, received more than 53 percent of all unofficial votes.

While most races have been decided, three are still up in the air. In the 10th Ward, incumbent Ald. John Pope, who was supported by Chicago Forward prior to both the February and April elections, trails challenger Susan Sadlowski Garza, who was endorsed by the Chicago Teachers Union, by 89 votes with 100 percent of precincts reporting by 7:00 pm on Wednesday.

Longtime northwest side Ald. Regner “Ray” Suarez, who was supported by Chicago Forward and an ally of Cook County Democratic Chairman Joe Berrios, appears to be losing to Milly Santiago, who said she’d join the progressive caucus. With 100 percent of precincts reporting, Santiago had 50.8 percent of the vote, but Suarez said he’d wait till all absentee ballots were counted before conceding. 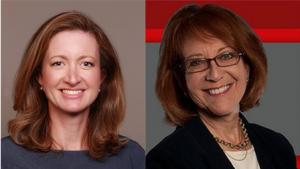 Another race still being closely watched is the 43rd Ward, where incumbent Ald. Michele Smith is slightly behind challenger Caroline Vickrey. Smith, who was backed by the Chicago Forward PAC in both elections, has 49.98 percent of the vote to Vickrey’s 50.02 percent with 100 percent of precincts reporting.

In the 16th Ward, Toni Foulkes, who was endorsed by the Chicago Teachers Union, has declared victory over challenger Stephanie Coleman, who has yet to concede. Foulkes, a member of the progressive caucus, received 50.75 percent of the vote to Coleman’s 49.25 percent with 100 percent of precincts reporting.

Emanuel appointee Ald. Natashia Holmes lost her race in the 7th Ward to challenger Gregory Mitchell. Incumbents Ald. Howard Brookins, Jr. (21st) and 20th Ward Ald. Willie B. Cochran—both of whom were supported by Chicago Forward—retained their seats garnering more than 50 percent of all unofficial votes in their respective races. 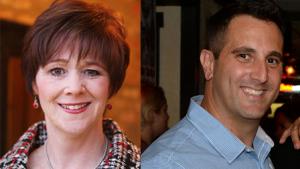 Another Chicago Forward-backed incumbent who lost was Ald. Mary O’Connor, who represented the 41st Ward. O’Connor was defeated by Anthony V. Napolitano, a Chicago firefighter who was supported by the Service Employees International Union.

On the west side, Ald. Deborah Graham, who was supported by Chicago Forward, conceded to Chris Taliaferro, who was backed by former Ald. Isaac “Ike” Carothers. Taliaferro received more than 51 percent of the vote.

The results of the runoff election also bring a familiar name back to City Hall, as Patrick Daley Thompson wins his race in the 11th Ward against John Kozlar. In the 36th Ward, Jesús "Chuy" García-backed candidate Gilbert Villegas defeated Omar Aquino.

In the 15th Ward, Raymond A. Lopez defeated Rafael Yañez, who was endorsed by the Chicago Teachers Union. Lopez received more than 57 percent of the vote. In the newly re-drawn 2nd Ward, Brian Hopkins, who is on leave as chief of staff for Commissioner Daley, declared victory over Alyx Pattison with more than 56 percent of the vote.

View results of the April 7 election. Percentages were last updated with results from April 23. Click on the races below to watch Chicago Tonight's forums for featured wards.