"Galileo's Middle Finger" On Fights Between Science and Activism

Historian Alice Dreger's new book, Galileo's Middle Finger: Heretics, Activists, and the Search for Justice in Science, is a funny, surprising story of Dreger's career as an activist, researcher, and advocate for evidence-based activism. Dreger writes about her work advocating for changes in the medical treatment for intersex people, and her investigations into what she sees as smear campaigns against researchers with controversial ideas. Her book is both a story of her personal journey, and an examination of how institutions supposed to protect people and advocate for the truth have failed. She joins us. 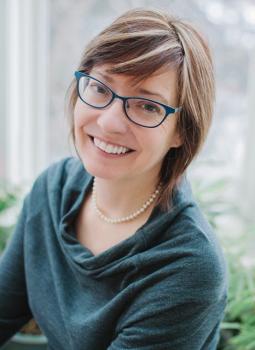 A few years ago, Dreger was contacted by advocates for intersex people she knew from her work in the early intersex-rights movement. They were concerned about a drug doctors were giving to pregnant women with a condition that can cause their children to be born intersex. Dreger looked into the issue, came to agree that administering the drug was an unnecessary gamble, and agreed to get involved in a project she thought would take three months or so.

It took three years, and the result was far from what Dreger hoped. Looking back, she recognizes that as a longtime historian and activist, she might have seen the result coming. That story is one of several Dreger writes about in her new book, Galileo’s Middle Finger: Heretics, Activists, and the Search for Justice in Science. The book is a call for a more evidence-based approach to all facets of life, particularly activism.

“We have to be willing to look at facts even when they make us uncomfortable,” Dreger said. “I had a great grad school professor who would say, ‘If you haven’t changed your mind lately, how do you know it’s working?’ That stayed with me.”

Dreger’s journey also leads her to investigate cases of researchers like Mike Bailey, who was attacked personally after he wrote a book dealing with a controversial theory about transgender women.

“A lot of scientists are smart people but are naïve politically,” Dreger said. “Many of them have stayed with the belief, which I think is right, that even if people will hate you for what you’re saying, you’ve got to go where the data take you. What happened to a lot of people are unpleasant personal attacks, assaults on their reputation, death threats, in some cases mockery of their children, and attacks on their romantic partners, too. Really, things that to my mind are completely out of line.”

Dreger’s book isn’t only an argument for the primacy of evidence, it’s also a lament that universities are too toothless and news organizations stretched too thin to counteract misguided activism and smears against scientists. She says to ensure the future of our democracy, researchers must be able to pursue the truth, even when the findings are unpopular.

“I think it’s important as we have political debates not to have opinions about what is true, but figure out what we know is true,” she said. “Science can tell us what is true, but not what to do about it. What we do about it is the second question, but we have to start with evidence.” 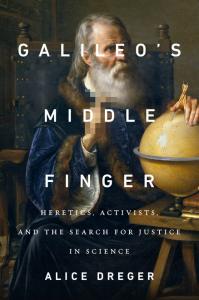 In 2008 I purposefully set out on a journey to try to understand what happens—and to figure out what should happen—when activists and scholars find themselves wrestling over human identity. As a result, I spent the next four years talking to people who had gotten wrapped up in terrific messes—one that involved an academic freedom dispute that reached the California Supreme Court, another in which a university president received twenty thousand e-mails calling for a professor’s firing, a third that climaxed with a research article being formally denounced by an act of Congress. There were even a few more that featured death threats. My engagement with this subject led me to one of the most well-known cases of academic libel in recent years, surrounding the work of the anthropologist Napoleon Chagnon. I spent a year looking into what happened to Chagnon after the American Anthropological Association decided in 2000 to investigate activist claims that Chagnon had been involved in a genocidal eugenicist experiment in the Amazon.

After a few years of this, when people asked what I did for a living, my mate joked to them that I was running an academic Innocence Project out of our kitchen—using investigatory historical techniques to yank academics’ reputations off death row, in between making large pots of coffee.

Indeed, I had no trouble finding case studies or people who needed advice or help. As word got out about what I was doing, academics sometimes sent me their beleaguered and disoriented colleagues, hoping I could help. I was starting to have so many wrecks parking at my door, I developed a standard set of tips I could give out to those who seemed to be living through a now all-too-familiar scenario. It turned out to be a lot like the work I did early in my intersex rights efforts—a lot of listening to people who had been unjustly traumatized. Just taking them seriously, in private; trying to determine if there was a little historical work I could do to help make sense, to help the people inflicting the trauma try to understand that they needed to think about this more carefully. Trying to get people to look at facts and to see each other as humans.