The University of Chicago and the University of Illinois-Chicago are going head to head on their plans to lure the Obama Presidential Library and Museum to Chicago. There have been talks between the two institutions in the last several months about collaborating on a bid, but the two have decided to move forward with independent bids.

U of C Bid

The University of Chicago says it has brought in many of the city’s other academic institutions as partners in its effort to bring the library to the south side. Those include Loyola, Northwestern, DePaul, Illinois Institute of Technology, The School of the Art Institute, City Colleges of Chicago, and Chicago State.

The list doesn’t include UIC, but University of Chicago says it is “open to collaborations with additional institutions.” The school has not publicly released its list of potential sites for the library, but the Chicago Sun-Times reported that they would be: 6220 S. Stony Island and Jackson Park, near Hyde Park High School; near 55th and King Drive in Washington Park, and at 7059 S. South Shore Drive on the lakefront, next to the South Shore Cultural Center. The sites are all reported to be on public parkland, and would require the OK from City Council to turn them over to a private entity.

The U of C bid is chaired by Susan Sher, former Chief of Staff to First Lady Michelle Obama.

“Collaboration is at the core of our proposal,” said Sher in a news release. “That means bringing together community groups that are tackling big social issues, and assembling scholars who will add their own creativity and intellectual energy. The South Side and the University of Chicago have unique strengths that can help make this a presidential library like no other—deeply engaged in policy and civic leadership, with the global reach of an ambitious research enterprise.”

But UIC officials say their schools’ openness and inclusiveness as a public institution puts them over the top.

“On that dimension, the advantage is to UIC,” says UIC Obama Library Steering Committee Member Michael Pagano, also Dean of the school’s College of Urban Planning and Public Affairs. “We’re a major research university in that we are one of the top in the world in research, but we also have the mission of providing opportunities to those who come from not so great circumstances. Over half of our student body is Pell Grant eligible. It’s a much more dynamic student body.”

Mayor Rahm Emanuel was once reported to favor a single, unified Chicago bid for the Obama Library. But his office says that that was never the case, and will be supportive of both bids, with pledged public investments to help infrastructure, education, and green space surrounding the library.

“The Mayor is committed to bringing President Obama’s library to Chicago, and we continue to work with both the University of Chicago and the University of Illinois to ensure their bids are competitive,” said top mayoral advisor David Spielfogel.

UIC is pitching as a potential site a 26-acre tract of land in North Lawndale bordered by Roosevelt Road., 5th Avenue, Kostner, and Kildare, that is currently owned by the city.

The mayor also pledged to reopen a Blue Line stop at Kostner near the site that has been closed since the 1970’s.

UIC is also proposing to locate the museum on a tract of land it owns on Harrison Street along the Eisenhower expressway, just west of the Jane Byrne Interchange. Pagano says the centrality of that location makes it attractive.

“There’s nothing more central to the Chicago region than that piece of real estate,” he said. “It has access to transportation, Blue Line stop, buses, two blocks from Greyhound on one side.”

The Obamas are expected to choose a site early next year, according to the Sun-Times. Despite the brewing rivalry between academic institutions, Pagano says the two have talked about working together should the Obamas choose any of their locations. The University of Hawaii and Columbia University in New York are also expected to submit final proposals to the Obama Foundation.

View a map of the proposed U of C and UIC locations for the library. 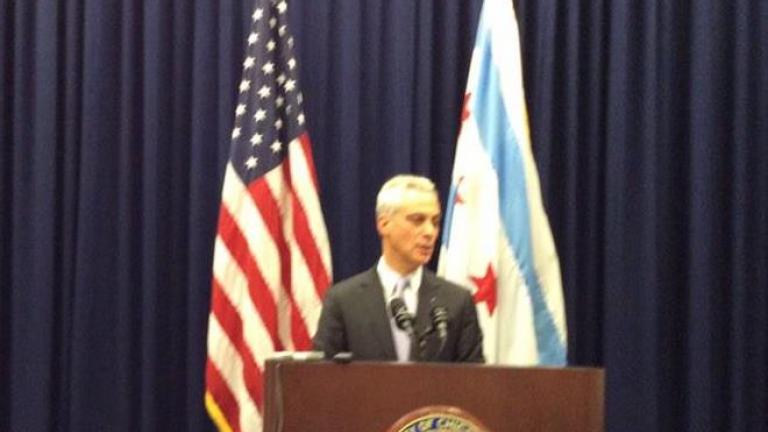 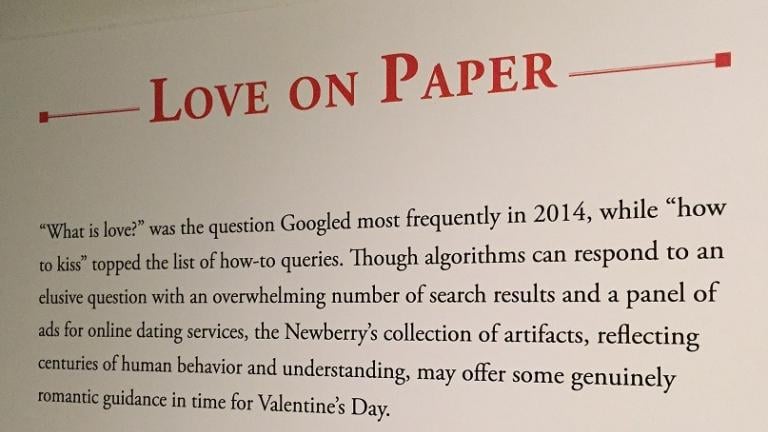 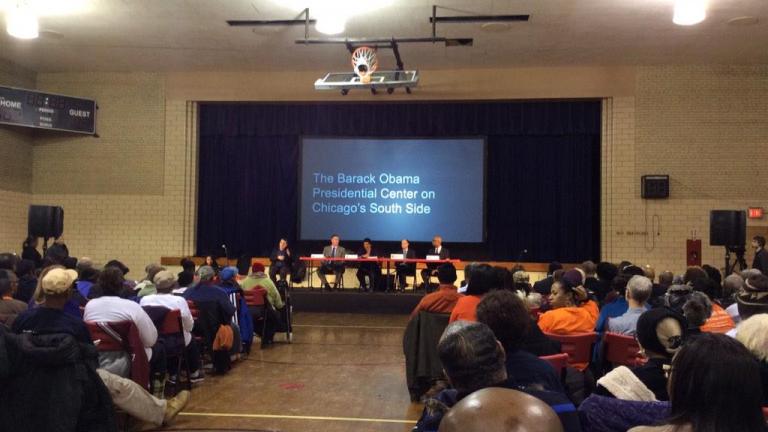 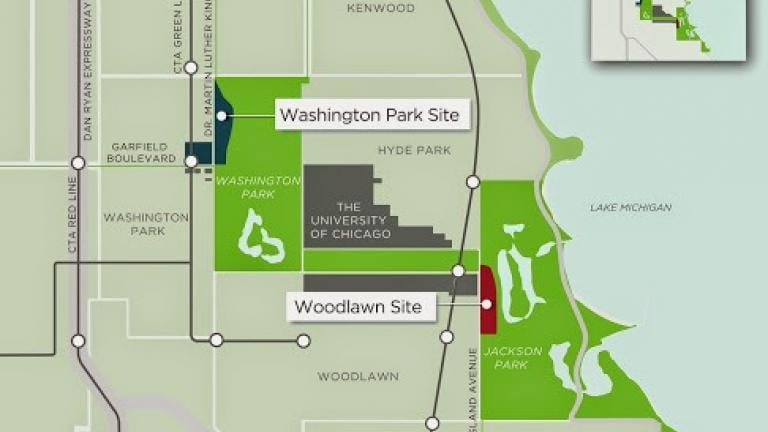 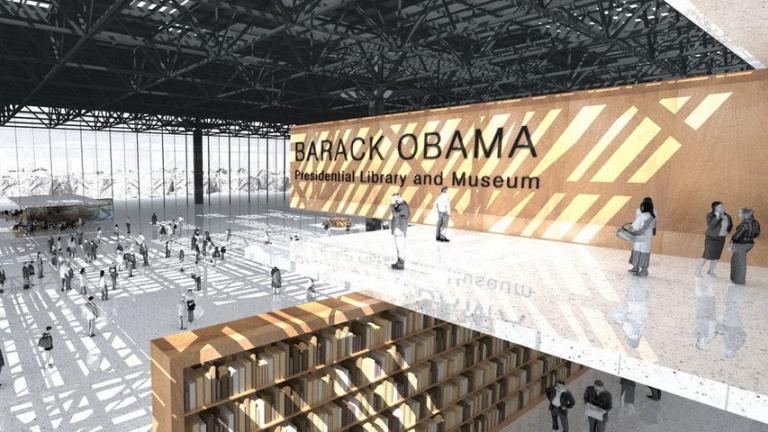 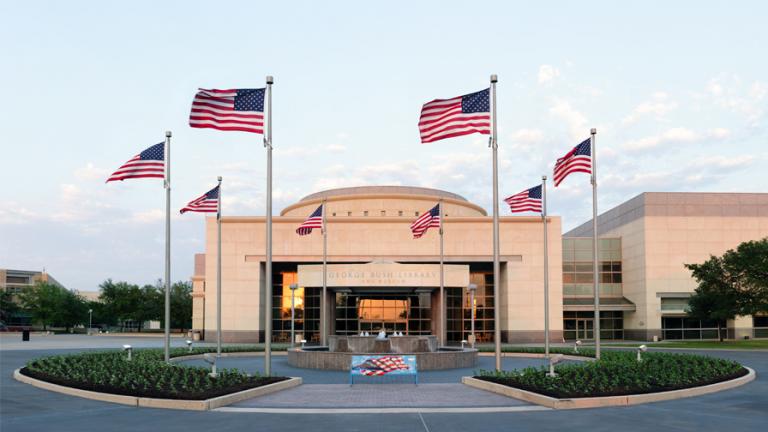