There is an artist’s loft building on south Canalport with the name "Chicago Macaroni Company" over the door. What can you tell me about this company?
-Kevin Anderson, Norwood Park 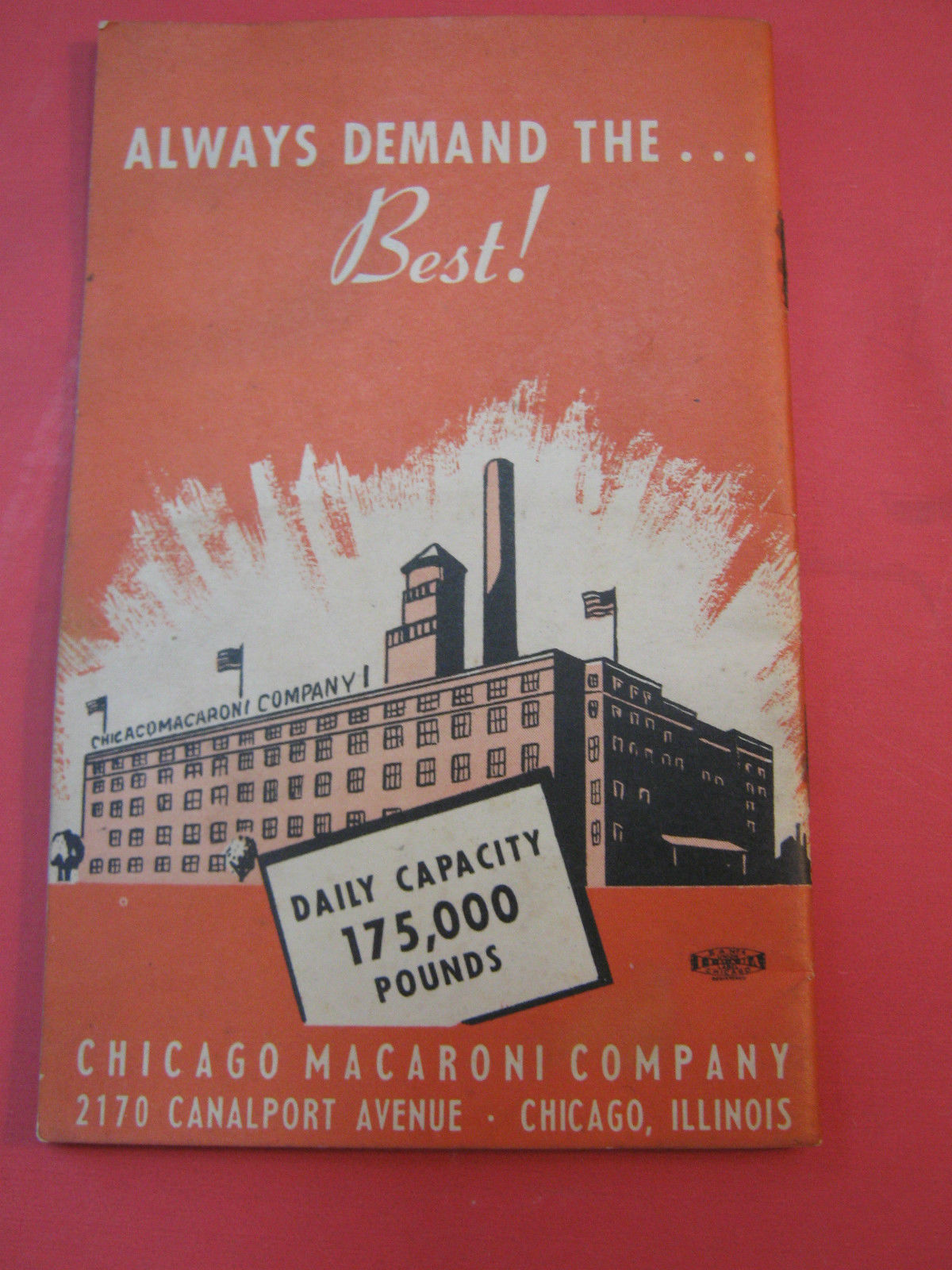 The Lacuna Artist Lofts on Canalport and Cermak was once home to an 18,000-square-foot macaroni factory, pumping out 82 varieties of pasta at the turn of the century – 150,000 pounds a day! It was founded by the immigrant Viviano brothers in 1886. This was during a massive wave of Italian immigration to America, so there was a demand for Italian foods – but the company didn’t take off right away because many Italian immigrants preferred pasta imported from Italy. This changed during World War I when imports from Italy were halted, and Italians in Chicago had to turn to spaghetti made stateside.

In 1919, the Vivianos merged with two Italian food importers, A. Morici Co and Giuseppe Matalone, and became one of the city’s largest macaroni factories. But the Viviano’s new partners, the Morici brothers, had mob ties.

Antonio and Agostino Morici sold pasta making supplies like sugar and yeast to the notorious Chicago Genna crime family, which they used to make bootleg liquor during Prohibition according to the Chicago Tribune. In 1926, a Genna gang heavy known by the nickname “the Scourge” paid a call on the millionaire Morici brothers. He “asked” them to contribute money to help pay legal expenses for two Genna hitmen on trial for killing two detectives. The Moricis agreed to help pay expenses for one of the murder trails, but not the second. Not long after, as the Moricis were driving home down Ogden Avenue they were blasted by a sawed off shotgun from a passing car. Agostino died at the scene and Antonio died two days later. A few years later in 1934, the wife of a third Morici brother and Chicago Macaroni Company vice president was also shot, though she survived the attack. 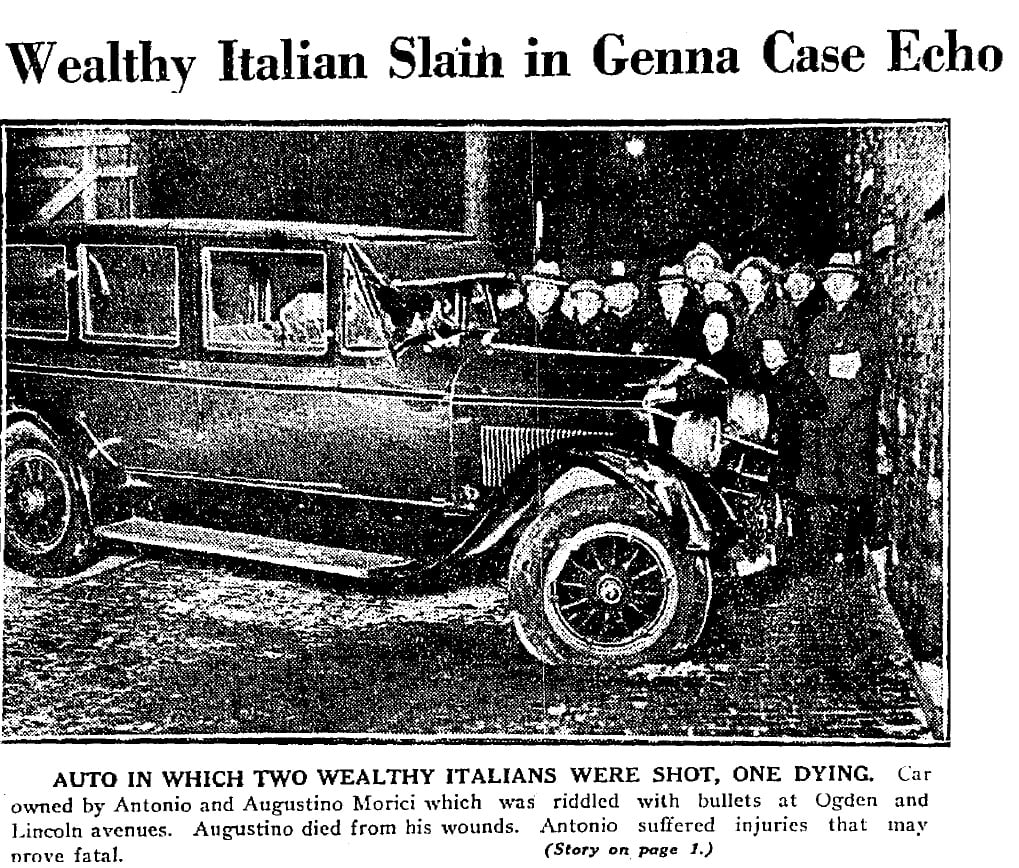 The company had other problems, too. They were cited for underpaying workers, for a malfunctioning elevator that actually killed one of its workers, and for selling fraudulently labeled salad oil. Eventually, the company succumbed to competition and legal woes and the plant closed in 1968.

The former fettuccine factory now houses the Lacuna Artist Lofts, which rents event space and work space for artists and other creative endeavors.

Is the landlocked boat launch at Montrose dog beach an indication of dropping water levels or re-engineering? When was it last in use?
-Dave Slowinske, Chicago

The former boat launch at the north end of Montrose Beach is actually where Wilson Avenue meets the water. It’s now used as an entrance to a dedicated dog beach, one of three such beaches in the city.

The boat launch was built back in the 1970s or 1980s according to the Chicago Park District. Boat launches are ramps that end in the water so boaters can back their boats into the lake. When the Montrose boat launch was built, the lake level was two to three feet higher than it is now, and the design didn’t account for the water level dropping so much. But Lake Michigan has been in a low level cycle since the late 1990s, leaving the end of the ramp high and dry, so the boat launch didn’t have a very long useful life. It was last used around 1998. 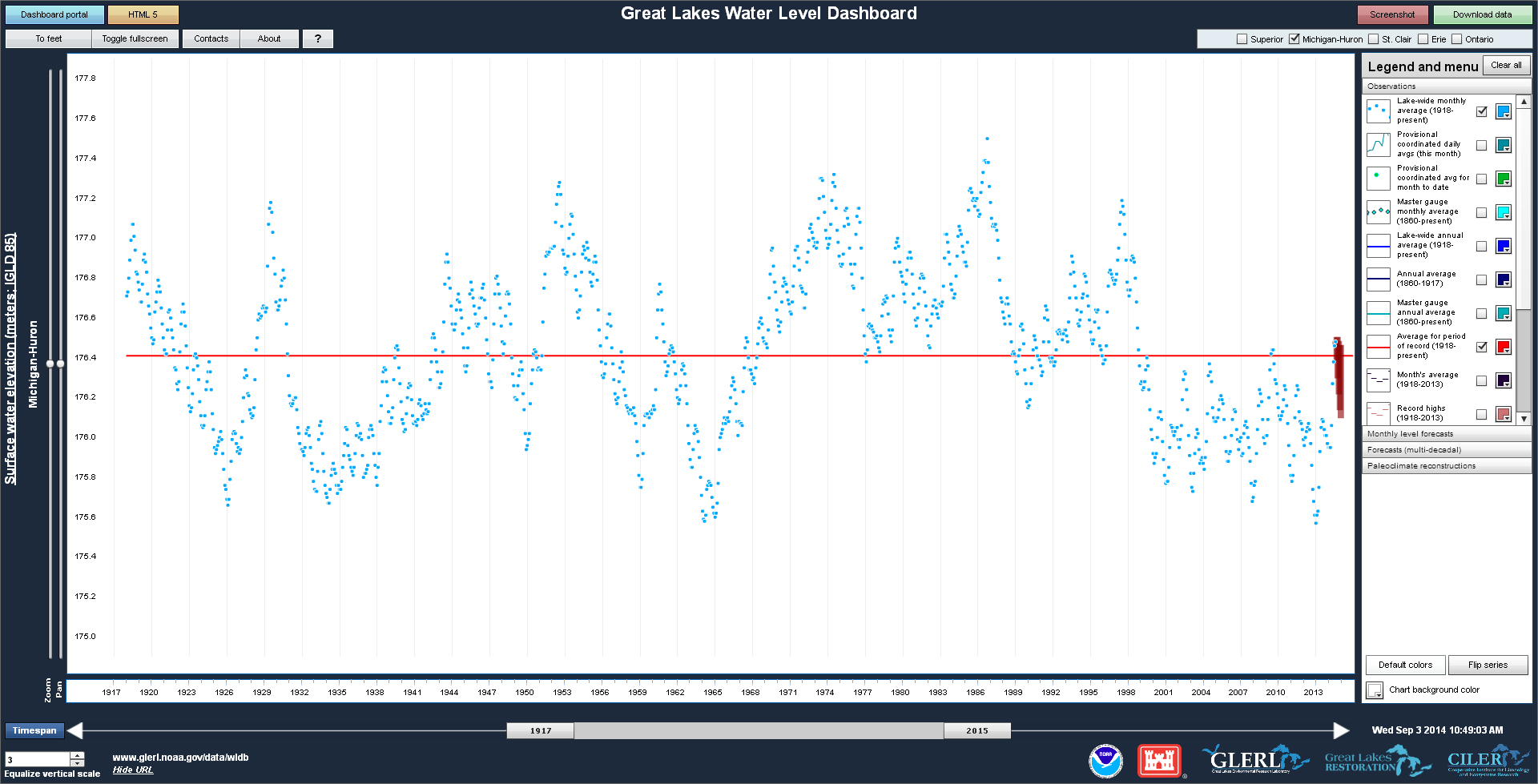 We spoke to Joel Brammeier of the Alliance for the Great Lakes to find out if the lower lake levels are the result of global climate change. Brammeier said that we don’t have enough data on lake levels to link it definitively to climate change, and that Lake Michigan’s water level has remained relatively stable within a six-foot range for the last 2,000 years. Check out the National Oceanic and Atmospheric Association’s dashboard that shows the water levels in the Great Lakes over the last century.

The lake’s level depends mainly on precipitation in the form of rain or snow, and evaporation. Everyone remembers how much rain and snow we saw this past winter and spring. The cold winter also meant the lake was under ice much longer, reducing evaporation. This resulted in a 20-inch gain in lake levels this year. That said, according to Brammeier, long-term drops in lake levels are a very real possibility as global warming results in a more unpredictable climate.

But even if lake levels return to 1970s levels, the launch is still probably unusable. Another problem with the launch is the curved concrete pier way down at the other end of the beach. It traps sand, which is what keeps Montrose Beach at its current size. That sand also gets trapped inside the boat launch. In order for the boat launch to work without having to dredge it out every year, breakwaters would have to be built and extended from shore out several hundred feet. So this beach went to the dogs – and it’s staying that way.

On the southbound side of Lake Shore Drive, there is a sign saying "you are beautiful." What is the story behind this sign? Who put it up? Why?
-Sharon Butler, Streeterville 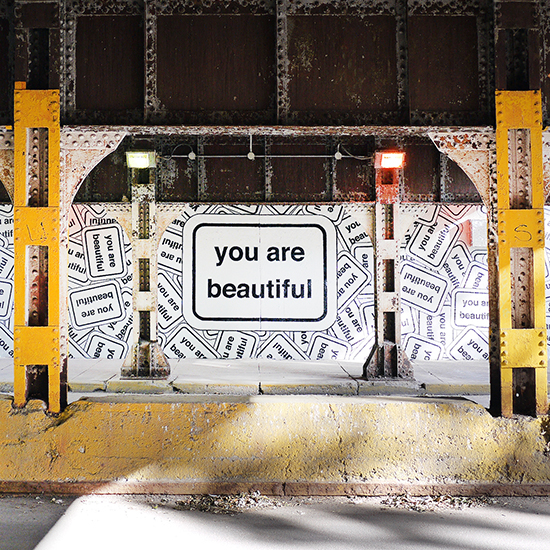 Drivers heading south on Lake Shore Drive have been getting reminded that they are beautiful since January of this year. The Chicago-based artist Matthew Hoffman was approached by the Chicago Park District to borrow the piece for a year and put it up on park district property; it had been on display at the Cultural Center last winter. There’s actually a park district shop right behind where the sign is installed on Lake Shore Drive. Some of the crew that helped put it up work in that shop, so they get to see the message every day on the way to work. The sign itself is 11-by-15 feet and weighs about half a ton, and the words are in the Helvetica font. It’s an unusual sight on Lake Shore Drive, which has historically been free of billboards, but the city regards this installation as art intended to “remind everyone of the strength and beauty of the human spirit.”

The You Are Beautiful project started in 2002, when Hoffman started by selling just 100 stickers of the same design. According to Hoffman there are more than half a million of these stickers across the globe. If you’re a Twitter user, hashtag #YABSTICKER tracks where they’ve been posted all over the world. Some have been posted as far away as Antarctica! Hoffman said he hoped the sign would reach people in unexpected places – bathrooms, street signs, and buses – and brighten their day.

The You Are Beautiful project then evolved into larger installations. There’s a muralized riff on the design in Rogers Park at the Metra underpass at Morse Street. It went up last summer – Hoffman and a team of friends and neighborhood kids used stencils to create it. It is one of 20 murals by various artists that were selected to beautify underpasses and embankments in the 49th ward starting in 2010. Unfortunately it’s been vandalized some since then, but the idea’s still beautiful.