Jonathan Black, author of Making the American Body, joins us on Chicago Tonight and discusses the history of the fitness industry and its impact on the American body consciousness.

Below is an excerpt from the book:

Fitness today is an all-consuming habit. Untold millions troop to health clubs or run on paths and tracks or work out at home on equipment peddled on late-night infomercials. Yoga is experiencing an unprecedented boom. There are Pilates studios and boot camps and Zumba parties. There are fitness facilities in every hotel, in corporate centers and tennis clubs, in spas and on cruise ships. Exercise touches every aspect of our culture, from books and magazines to television shows and high-end clothing boutiques. How we arrived at this state of heightened awareness is a story whose contours mirror much that happened in twentieth-century America, but it is also, on another level, the tale of individuals. Virtually no other habit or business has been so propelled, and for so long, by such a remarkable cast of characters. 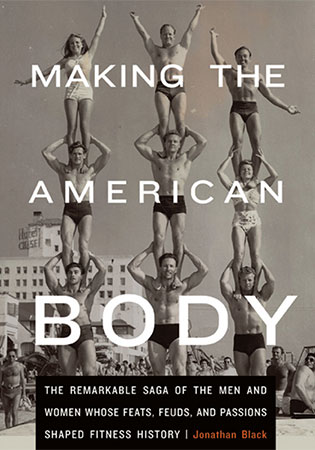 As diverse as they were, all shared a singular passion — to improve on the human body. Some happened on their mission by chance. Many latched on to exercise to overcome an early life that was blighted by illness, deprivation, or low self-esteem. Not surprisingly, few believed in moderation and fewer still in humility. Proud of their new physicality, they were big on self-promotion. The early icons with bodybuilder roots were the most likely exhibitionists, but shifting notions of fitness did little to alter their profi le; almost all were crusaders with outsized egos and a flair for showmanship, and their occasional clashes made for enduring feuds and high comedy.

Singly and together, they shaped the habit of exercise in America, but their influence extended beyond the treadmill and yoga mat. They impacted advertising and figured large in the early use of television. They helped spawn the videotape industry. At a time when the demographics of the country were shifting, from rural to urban, they offered hubs for immigrants and a source of identity and confidence. In the daily shuttle between home and office, they introduced a new “third place,” the health club, a source of friendship and social interaction. The promise they offered, of personal transformation, touched a common feature of the American dream — that anyone, with will and determined effort could be a success and live a happier, more fulfilling life.

It can be said that their feats and stories fi t no single narrative, that the very notion of a history of fitness weaves a misleading theme. The early “muscle heads” had little in common with the millions of converts to jogging; the addicts of Spinning would never deign to sit in the adjacent yoga studio. But this segmentation overlooks the progression that defines how Americans look at their bodies and how they employ them to further a sense of accomplishment and well-being, because most everything chronicled here was built on something that came before.

The very notion of “fitness” appeared late in the game, but its provenance dates back to muscular Christianity and the nutritional zealots of the nineteenth century; it developed in the showmanship of Mr. Olympia contests and the drive to do better in sports; it fed off a national slump in self-confidence and the need to look good in the aerobics studio; it was a natural outgrowth of the coupling of exercise and health. The end result of this history, it is fair to argue, has failed to fulfill its promise. The country is in the midst of an obesity epidemic, diabetes is on the rise, and so is the incidence of heart attack and stroke.  Read entire preface here …