The Mystery and Allure of “White Mystery”

Dynamic Duo of Siblings Brings the Noise and More 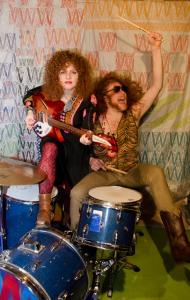 Chicago Tonight is more likely to have a musical guest along the lines of Yo-Yo Ma or Buddy Guy, or a jazz or Mariachi band. That may cover a lot of ground, but we’ve probably never had someone perform in our studio as raucous as Chicago’s White Mystery.

Which begs the question: is White Mystery too wild for Chicago Tonight? They’ve been on MTV and in Levi’s ads but have never performed live on local television. What would our audience think of a wild-haired brother-sister team raised in Chicago, graduates of Chicago Public Schools, gleefully banging their heads (not to mention their guitars and drums) in the Crown Studio? 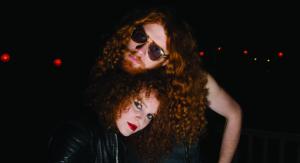 In the next few days, we hope to visit the duo that consist of White Mystery -- Miss Alex White and Francis Scott Key White -- to get to know them better. The plan is to shoot a story about them on their turf – a garage and recording studio not far from Channel 11 -- and possibly invite them on our turf. Mi estudio, su estudio.

But we must act fast: White Mystery leave for Europe next week. They’ll play 10 countries before coming back to Chicago in June to perform at Millennium Park for the first time. Last year marked another first for them: opening for Iggy Pop and the Stooges at Chicago’s Riot Fest.

Their highly caffeinated new song "Dubble Dragon" is from the forthcoming album of the same name to be released on April 20. Make sure you get at least 35 seconds into the song – that’s when the sonic assault settles into more radio-friendly riff rock.

And if that’s not your cup of coffee, White Mystery has quiet moments too, like the lovely double-tracked vocals that swim above the emotional tug of Hey, Shirley.

So, too wild for Chicago Tonight or just wild enough? Let us know what you think.