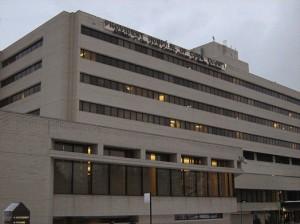 In January, the Cook County Health & Hospitals System Board of Directors unanimously approved Dr. John Jay Shannon as the interim CEO and began the process of searching for a permanent CEO.

The Board has hired the search firm Quick Leonard Kieffer, which has been used by CCHHS in its previous two searches for a CEO, as well as the filling of various other management positions, according to Board Chairman David Carvalho.

Quick Leonard Kieffer is being paid $100,000 to conduct the search for CCHHS’ CEO, which began in January.

“There’s two reasons why you hire a search firm,” Carvalho said. “A: They know the marketplace. They know where various people are, and B: They offer a mechanism for confidentiality.”

Since many of the strongest candidates already have jobs, confidentiality is crucial to protecting candidates' relationships in their current positions, Carvalho added.

The search for a new CEO is expected to take several months.

“[Quick Leonard Kieffer] compiled a prospectus, a job description that lays out all of the relevant information to describe the job for prospective candidates, with some input gathered from board members,” Carvalho said. “They’re in the phase of the search of using their knowledge of the marketplace to look for people from across the country who they have reason to think has the skillset to do this job.”

While Carvalho could not share specific details about the CEO qualifications, he said, “We’re looking for someone to continue the vision Dr. [Ram] Raju established for Cook County Health & Hospitals System.”

“The person who heads our organization needs to manage the insurance-like aspects of CountyCare as well as the health care provision aspects of CountyCare,” he said, adding it is unlikely that a candidate will have extensive experience in managing both sides. “The person who we find may well be stronger on one side than the other and will likely have a subordinate who complements his or her weaknesses.”

Carvalho also declined to specify the proposed salary for the CEO. He said it will be “competitive with our peers in the public hospital systems.”

The Board expects to receive a portfolio of proposed candidates from Quick Leonard Kieffer in May. At that time, the Board will help the search firm in narrowing the field to a smaller group of candidates.

“And then we’ll have interviews with the smaller group, and then we’ll narrow it down to a group of finalists,” Carvalho said. “And we hope to conclude the process by the end of June. And then, if the past is any indication, the candidate will need a little time to extricate himself or herself from his or her current position. So, we wouldn’t expect a new person to be in place for several months after.” 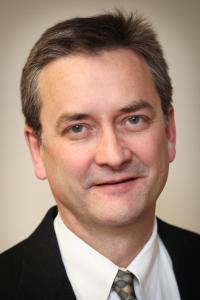 Dr. John Jay Shannon, interim CEO of the Cook County Health & Hospitals System, was unanimously appointed as interim CEO by the CCHHS Board of Directors. Shannon will continue to serve as Chief of Clinical Integration during the Board’s search for a permanent CEO.

A native Chicagoan, Shannon grew up in LaGrange Park. After graduating from St. Ignatius College Prep and Spring Hill College, he received his medical degree from Rush Medical College. He trained in Internal Medicine at University of Texas Southwestern Affiliated Hospitals in Dallas, and later earned specialty training in Pulmonary and Critical Care Medicine at the University of Michigan Medical Center in Ann Arbor.

Shannon spent most of his professional career at John H. Stroger, Jr. Hospital of Cook County, formerly Cook County Hospital. He joined the medical staff in the early 1990s and served in several roles, including director of the Adult Asthma clinic, where he led several quality improvement collaborations aimed at improving the delivery of care for asthma patients. He also served as an associate chair of the Department of Medicine and chief of the Divisions of Respiratory and Critical Care Medicine at Stroger.

Shannon served as executive vice president and chief medical officer at Parkland Health & Hospital System in Dallas from 2007-2012.  In 2013 he rejoined CCHHS, where in his role as Chief of Clinical Integration he oversees optimization of CCHHS resources to deliver better patient care and develops strategic relationships with academic and health system affiliates. In addition, he oversees development of health professional education.  He also assists senior staff in strategic considerations of their work within the health system.

He and his wife reside in Chicago.