"Marketing on the Moon"

When Neil Armstrong stepped onto the moon's surface on July 20, 1969, it was one of the biggest news stories of all time about an event that forever changed mankind. But how was our understanding of that event shaped? A new book, Marketing the Moon, tells the behind-the-scenes story of how those missions were marketed to Americans and the world. One of the book's authors, Richard Jurek, joins us. View a slideshow of images from the book.

Read an interview with the book's other author, David Meerman Scott. 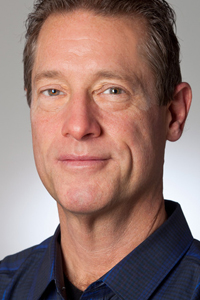 Since the moon mission, there has been plenty of coverage about the trip itself, but why do you think no one really focused on the marketing behind the space trip before?

I think it comes from a perspective that very many people don’t have. It has to come from someone who has the combination of expertise around the Apollo program and marketing. Both Rich and I are professional marketers, and both of us are very passionate about the Apollo space program. We met astronauts from the program and collected artifacts as well. I think there was a need because nobody else was doing it, so it was best to come from us.

The book describes Neil Armstrong and Buzz Aldrin’s return home as a celebrity homecoming -- from tours around the world to many parades. Why do you think guys were propelled to celebrity stardom?

It was because of the incredible accomplishment. If you were to travel forward 1,000 years from now, only two things will be remembered: the first time humans landed on the moon and when we all became connected in real time through technology. The idea that Buzz, Neil and Michael Collins (who was the command module pilot) were the crew of the first mission that landed humans on a celestial body other than Earth made them heroes. People want to meet them, shake their hands, and even to this day, people still want to have their pictures taken with Buzz and it’s 45 years later.

You mentioned connecting the world in real time through technology was another memorable moment in history. Cameras were brought along for this mission to broadcast live for Americans. How big of a difference did that technology make in this mission’s legacy?

It was huge. Those cameras allowed everyone on the planet to watch along and listen as it was happening. It was really mankind’s first foray into the moon’s surface, so the fact that NASA created live television and live audio transmissions from the moon was a critical aspect to the program. Americans paid for the program and they got the opportunity to be a part of it instantly.

Considering technology wasn’t as advanced as it is now back then, were there any reservations about bringing camera equipment on the spaceship?

It was very difficult for them for two reasons. Many of the astronauts (but not all) did not want to have technology on the spacecraft. They saw it as an added nuisance that wouldn’t allow them to devote all their time to do work on their mission. The second reason was because the engineers who were building the spacecraft didn’t want to have the added weight of the cameras accounted. When you launch into space, the biggest factor in accounting for fuel is weight, so the heavier the spacecraft, the more fuel you’ll need. So, fortunately, there were a number of people in NASA who advocated strongly for live television, and as a result it was agreed to go on the mission and it was one of the best decisions ever made.

A significant influence in the impact of the mission’s legacy was the media coverage surrounding it. Walter Cronkite was very optimistic in his reports on the mission. How important was the media to marketing the space mission?

The media involvement was huge. There were more than 3,000 members of the media that got press credentials. In great detail, they told the story of the Apollo for years. For more than a decade, it was a huge story. They worked on it for the most part because it was what they wanted to do. They saw it as a new and exciting adventure to write and broadcast about. And Walter himself was probably the biggest cheerleader for the program because he loved it. He covered about every mission, and covered it live. He was the most popular newsman of the time, and the fact that he was in support was huge.

The last manned moon landing was in 1972. Why do you think there aren’t many manned moon missions nowadays?

That’s a complicated question. From the perspective of marketing, NASA and everyone else made clear that the goal of the program was landing a man on the moon. That was our incredible goal and we did it. Once we had achieved it, I think it was a failure of marketing not to articulate the need to go back.

So do you think we should express the need to go back now?

I think humans have the opportunity maybe once in a decade to tackle a huge technological problem. When we decided to go to the moon in 1969, we tackled that challenge. I think we should look for a new challenge today. We can create a similar program to devote our resources with the goal of getting America off fossil fuels. Back then we had 400,000 people working on the program and about 4 percent of the U.S. budget. We can have a goal like Apollo but the goal has to be appropriate for our time.

Watch courtesy footage from the Adler Planetarium of the Apollo 11 mission:

~Paul Caine contributed to this report.