Dr. Brendan Reilly’s years of experience in the medical field gave him the opportunity to watch the world medicine change.

“One of the great things about having been a doctor for as long as I’ve been is that patients I took care of a few decades ago were really in hopeless situations because the science hadn’t caught up to their disease.” Dr. Reilly said.

But, in a time where specialists are quickly replacing family doctors, Dr. Reilly is now considered a dinosaur. Not because of his age, but due to the fact that he’s still a general practitioner.

While being medicine’s jack-of all-trades is valuable, Dr. Reilly recognizes that pool of talent is shrinking.

“The general practitioner is definitely extinct,” Dr. Reilly said. “In the old days, there were doctors out there who were expected to do surgery and deliver babies and take care of sick, old people. No doctor can do all that stuff today.”

In his book, One Doctor: Close Calls, Cold Cases and The Mysteries of Medicine, Dr. Reilly recounts many stories of his triumphs as a general doctor. He attributes his success to the personal relationships he was able to develop with his patients. Something, he says, is missing in modern practice.

“Medicine’s become a big business, and in the process I think patients have lost a little bit because there isn’t the same kind of relationship between doctors and patients that there used to be,” he said.

Read an excerpt from his book below.

Live a simple and temperate life, that you may give all your powers to your profession. Medicine is a jealous mistress; she will be satisfied with no less. 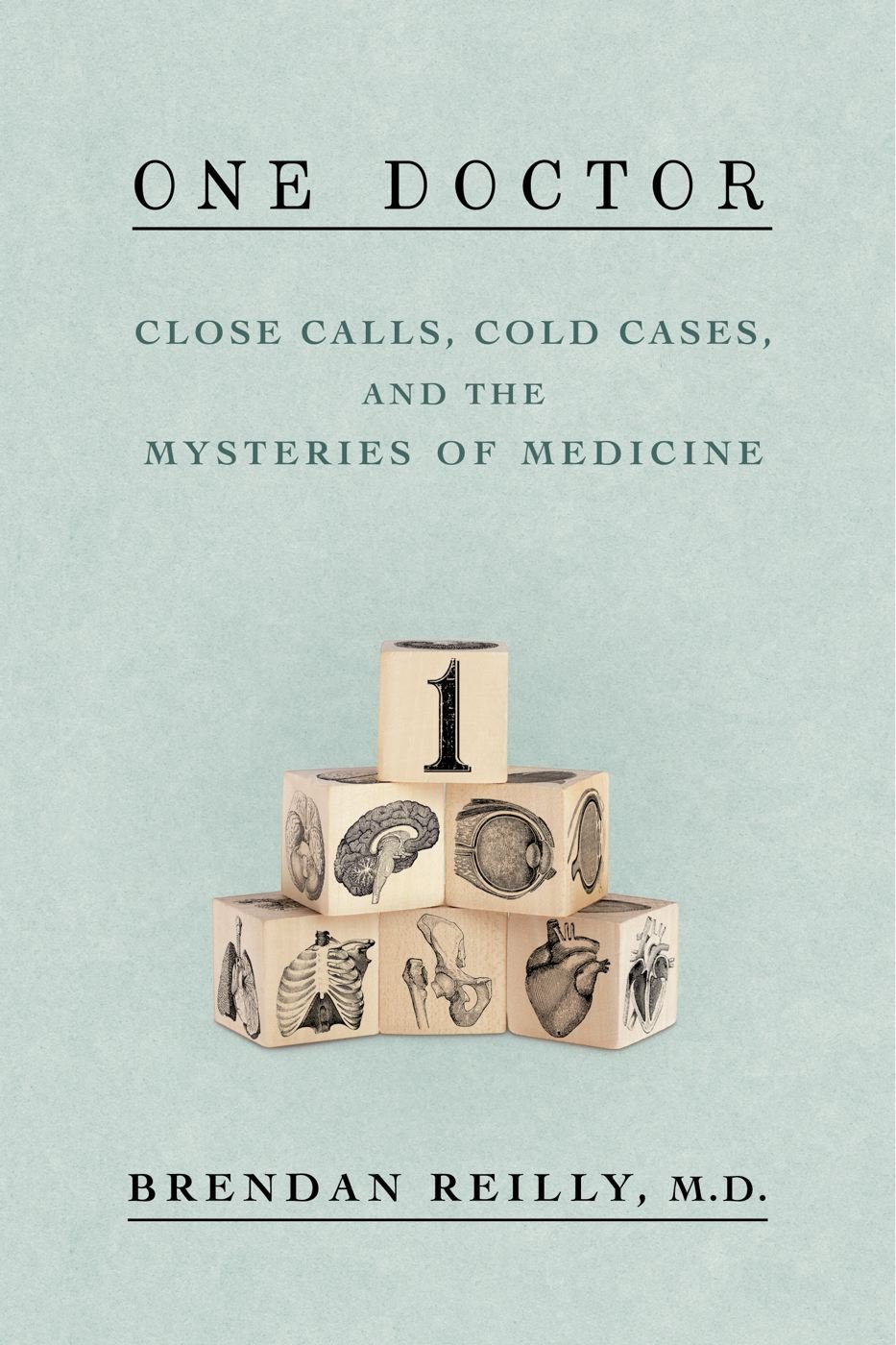 Despite this famous advice from a legendary physician, most doctors don’t live a simple life. All of us, seduced at an early age by Osler’s mistress, conduct our own lifelong affair with medicine. This book is about mine.

One Doctor is a true story about real people—most of which took place during two weeks in the winter of 2010. It recounts, in sometimes intimate detail, my doctoring of patients in the wards, emergency department, and intensive care unit of a renowned teaching hospital in New York City. These experiences exemplify many of the challenges doctors and patients face today in the dramatic, high-tech world of modern medicine. But doctoring has changed, not just since Osler’s time but during my own time, too. For this reason, my story flashes back to long ago when I worked as a primary care physician in a small New England town. There, I did a different kind of doctoring, now largely forgotten or obsolete, when physician-patient relationships were deeper and more enduring than in today’s “provider-consumer” medical culture. This difference—the contrast between doctoring then and doctoring now—lies at the heart of my story. It is a cautionary tale, but a hopeful one, too.

My story is unusual in three ways. First and foremost, I am a dinosaur, an old-fashioned internist, a species of doctor on the verge of extinction. Although every doctor’s perspective is unique, mine reflects the passing of a notable era in medicine. During my career, doctors like me served not only as their patients’ primary care physician but also as an expert in the many subspecialties of internal medicine. As Osler did in his time, we cared for our patients whenever they needed us, day or night, and wherever they were—in the office or intensive care unit, in nursing homes and in their own homes. Such a task, daunting in the past, is impossible today. Medicine has changed irrevocably—on balance, I believe, for the better—and I harbor no hope of saving dinosaurs like me. But I am convinced that, as medicine continues to evolve, future doctors (and their patients) will do well to remember my medicine, my mistress. She is a goddess, her power and charms divine. But, like Osler’s mistress, she is also a gadfly—a principled, perfectionist pain-in-the-ass—which my profession (and, I believe, modern society) can ill afford to lose. It is her spirit that I try to capture, and preserve, in this book.

Second, I tell my story in an unconventional way, in the first person in real time. I describe my own actual in-the-moment, minute- to-minute experiences as seen through my own eyes. With this you-are-there approach, I try to bring the reader “inside” one doctor’s world; I try to show you—not merely tell you—what I do, how I do it, what it feels like. In recent years, many people have told stories—some with happy endings, some not—about their experiences as a patient in the U.S. health care system. This book tells the doctor’s side of those stories, up close and personal.

Finally, an accident of timing motivated me to write this story. The events came together when disparate challenges in my own life—personal and professional, past and present—collided at one serendipitous point in time. This collision happened when challenges facing me mirrored similar ones facing my profession and my country. Most of the patients you will meet in these pages are older people with chronic diseases (including my own ninety-year-old parents) who don’t have one doctor and who exemplify stormy issues roiling medicine today and for the foreseeable future.

Read more here.
Excerpted from One Doctor: Close Calls, Cold Cases and The Mysteries of Medicine. Reprinted with permission of publisher.