Can neck manipulations done by chiropractors lead to strokes? An article published in The Washington Post examines this risk. We discuss the issue with Susan Berger, the journalist who wrote the article and experienced this with a family member, Dr. Yvonne Curran, a neurologist and Assistant Professor in Neurology at Northwestern University’s Feinberg School of Medicine, and Gregory Cramer, Professor and Dean of Research at the National University of Health Sciences. 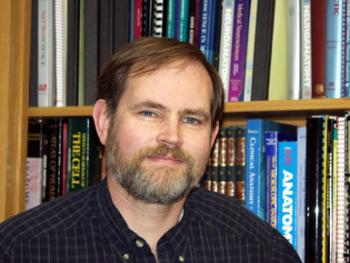 Read an interview with Dr. Rand Swenson, chiropractor, Professor of Neurology and Anatomy, and Department Chair at Dartmouth's Geisel School of Medicine, about the benefits and risks of cervical (neck) manipulation.

What is cervical manipulation?

Cervical manipulation, or neck manipulation, means the induction of some mechanical force on the cervical spine to try to induce some movement, typically targeted at some area of the spine that is not moving well, or a muscle spasm that’s preventing normal movement. That force comes in all shapes and sizes. There are some instruments that are used to deliver force by some practitioners, rather than manual force. But the majority of practitioners use some manual force to induce this movement.

Have you personally performed this type of manipulation?

What are some of the benefits of neck manipulation?

The principle reason to do it is because someone is having significant limitation of neck movement, accompanied by some pain that is significantly affecting the way they live their life and carry on their activities. This manipulation, in my opinion, is that it does increase range of  motion, it does increase function, and it does decrease pain. In a significant amount of patients, there are few treatments that have been shown to decrease neck pain.

I would add that the number of studies in treatments for neck pain is on the small side. I think we do need more studies to demonstrate more conclusively how much benefit there is, but anecdotally there is quite a lot of benefits to this procedure in a lot of patients with neck pain lasting more than a few days, to weeks and months.

What are some of the risks of cervical manipulation?

The most common side effect of treatment is some soreness of the neck, usually sore muscles that can occur in up to 5 percent of people and last a day or so, and goes away.

A more serious potential risk, in very rare circumstances, is called vertebral artery dissection, which is a condition in which there is some entry of a small amount of blood into the lining of an artery. It’s almost like a blood blister in an artery. And that can either go away on its own, or it can progress and rarely result in stroke.

I would have to say that almost all neurologists have seen at least a few cases where it’s quite clear that the manipulation caused the dissection. However nobody knows the frequency because it is such a rare event. 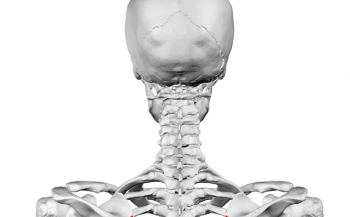 Is it the chiropractor’s responsibility to warn patients of the vertebral artery dissection as a potential risk of neck manipulation?

There are many things in medicine we don’t warn patients about. One classic example of that is somewhere between 3,000-16,000 people die from taking over-the-counter analgesics that are used to treat things like neck pain. Physicians don’t say you can die from taking it because it’s very rare.

Most chiropractors don’t warn patients about this very, very slight risk. I would say that I don’t either. There are many things I do as a medical doctor that I don’t tell patients they could die from if it’s a one in a million chance.

A 2012 study published in the International Journal Of Clinical Practice “Assessing the risk of stroke from neck manipulation: a systematic review” concluded that “conclusive evidence is lacking for a strong association between neck manipulation and stroke, but is also absent for no association.” Do you agree or disagree with that conclusion?

The American Chiropractic Association says that neck manipulation is a remarkably safe procedure and that there is no such thing as chiropractic stroke. Do you agree or disagree? Why or why not?

I do believe, on very rare circumstances, there may be dissection caused by spinal manipulation. But by the same token, a hundred things a day can cause dissection in patients who are susceptible, like turning your head to back out of the driveway, or hanging your neck down in the sink to get your hair washed at the salon. We do believe there are some intrinsic susceptibilities that certain patients have to artery dissection.

Most physicians’ attitudes or opinions about this kind of treatment are shaped by a small number of cases that they may have seen in university referral centers that aggregate these patients. Some of them are due to other things. And chiropractors got involved in that care. But I think most neurologists believe that a small number of these cases are caused by manipulation.

The following video was created by an animation company in cooperation with a chiropractic stroke survivor’s neurologist to show the process of vertebral artery dissection resulting in stroke: