"The Answer to the Riddle is Me: A Memoir of Amnesia"

Imagine waking up on a crowded train platform in a foreign country. You don’t know where you are or even WHO you are. That’s what happened to Chicago author David Stuart MacLean. His new book, The Answer to the Riddle is Me: A Memoir of Amnesia, chronicles how he has spent much of the past decade trying to piece together the fragments of what he remembers of his former life. He joins us with his story. MacLean will be reading from his book at The Book Stall in Winnetka on Jan. 14 and The Book Cellar in Chicago on Jan. 16. For more information, click here.

Read an excerpt from MacLean's book and view a slideshow of photos from his journey. 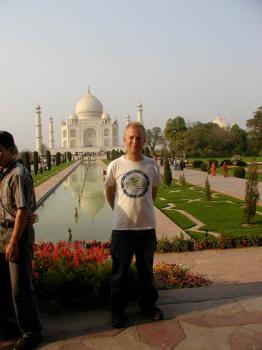 I was standing when I came to. Not lying down. And it wasn’t a gradual waking process. It was darkness darkness darkness, then snap. Me. Now awake.
It was hot. My thin shirt clung to my back and shoulders, and my underwear was bunched into a sweaty wad. The heat left the ground in wavy lines, and the air was tinged blue with diesel exhaust. A woman in a burqa pushed past me. A small man in a ragged red vest ducked around me. He was hunched under the massive steel trunk on his back; the corner of the trunk nicked my shoulder as he maneuvered by. I was in the center of a crowd, half surging for the train, half surging for the exits. I stood still. I had no idea who I was. This fact didn’t panic me at first. I didn’t know enough to panic.
In front of me was a train. A heaving, shuddering train, its engine, half-submerged in smoke, painted a deep red. It blasted its horns, then clanked and panted into motion. People waved to me from open windows as the train shook itself free of the station. I waved back and noticed the whiteness of my arm, covered in hairs the color of straw. I tracked the train’s slowmotion progress. As I choked on the bursts of blue exhaust and stared at the receding last car, I wondered if I should have been on that train.
I checked my front pockets for a ticket. Nothing.
Not even a passport.
Now I began to worry. I had lost my passport. I was in a train station in a foreign country without my passport. Then I realized that I couldn’t even think of what name would have been on a passport if I had one or what foreign country I was currently in. This is when I panicked.
A man in a small nearby stall clanked a pan against a propane burner. He banged and scraped a spatula against the pan that clanged against the metal burner. The sound was impossibly loud. Louder than the train had been. I wanted to ask the man for help. I didn’t want the man to know I needed help. I wanted him to stop banging the pan.
I could feel a heavy absence in my brain, like a static cloud. I couldn’t remember anything past waking up. There was a thick mass of nothing up there. My muscles were taut, caught in a constant flinch, waiting for someone, anyone to punch me. I was alone, alone with no idea how far I was from anyone who knew me. I was alone and empty and terrified. I wiped my face with both palms. I blacked out.
I woke up, and I was still standing there on the bustling concrete platform. Not knowing how long I had before I’d black out again, I tried to formulate a plan. There were small monkeys scavenging among the train tracks. Pigeons pecked among the detritus, then flew what they found up to the peaked roof, where they nested in the gaps between the beams and corrugated metal. 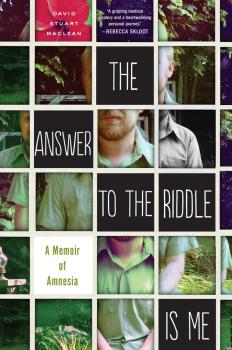 A television monitor hung from one of the metal rafters, flickering with information. My neck craned, I watched as unfamiliar letters flashed on the screen. I couldn’t read them. Did I forget how to read? I needed it to make sense. If I was going to get out of here, I needed the words to make sense. The screen was old, emitting a low buzz, and the columns frequently twisted from one side to the other, like there was a tug of war among the vacuum tubes inside the black box. The screen went blank, and I was surprised when it came on again that it was filled with something that I could understand. I experienced a moment of exhilaration fueled by the simple recognition of
typed English.
The train names, though, were anything but clear. The Janma Bhoomi Express. The Bhubaneshwar Express. I watched the screen as a drowning man watches the arc of a thrown life preserver. I tried to will the words to make sense, to be useful, to pull me out of whatever I was sinking into. But the screen went blank and cycled to an unfamiliar language. Each time it came back to English I experienced the same adrenaline rush. The words continued to twist on the screen. I don’t know how long I stared at it. Long enough to draw attention.
Someone tapped me on the shoulder. I reluctantly panned my gaze down from the monitor and saw a young man wearing a peaked cap. He carried a long wooden stick, and perched above his lip he had a slight mustache. The mustache looked unsure of whether it would last till the end of the week.
“Is there something the matter here?” he asked me.
He looked kind. He looked competent. I needed something now that the television wasn’t cooperating. Anything resembling comfort or competence would do.
“I have no idea who I am,” I said.
Some dam burst inside of me as soon as I said it. I started crying.
The man took a moment to consider his strategy. He finally decided on “There. There.” He patted me on my shoulder. “I am a tourist police officer.” He pointed to a complicated bureaucratic mandala sewn on his shoulder. “I am here for you. I have seen this many times before. You foreigners come to my
country and do your drugs and get confused. It will be all right, my friend.”
I was relieved. I should have known. This was the kind of trouble drug addicts ended up in all the time. It was serious, but I was thankful that this police officer had let me know who I was and that I wasn’t to be trusted. I knew who I was. He had given me a key to my identity. I didn’t have a name, but I now knew the kind of person I was.
“Do you have on your person anything like a passport?” 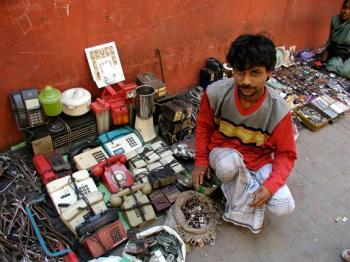 I shook my big sobbing head, suddenly a puddle again. Prompted by the man’s assessment of me, I started to remember  doing drugs with an unattractive redhead in a dark apartment. Her ginger face was covered in acne and nickel-sized freckles. Images of her coming toward me twirling little baggies full of toxic stuff flickered in my brain. Cooking. Injecting. Snorting. Scoring. This is what drug addicts do. Then they get lost and end up on train platforms taxing the patience of good men.
“Do you have anything like a wallet on your person?”
I patted down my back pockets, afraid that I would have nothing to report. But out of my right back pocket I produced a brown leather lump stamped with a picture of a cowboy with guns drawn.
“I do,” I said. My tears turned joyful. I flipped the wallet open, and there was a New Mexico driver’s license. I shoved my forefinger on the square-inch picture. “That’s me.” I was electric with happiness. I had been found.
“Okay, Mr. David,” the man said. “My name is Rajesh. You may call me Josh. You are an American. It will be easier for you to call me that.”
I wanted to grab him and dance with him. I had a name and a nationality now. The sterile emptiness of my immediate waking was gone. I bounced from sobbing to smiling in seconds. Josh pocketed my wallet and grabbed my bicep. “Let us get you somewhere safe.”
He escorted me off the platform and into the main hall of the train station, where there was a wall of ticket sellers behind bars who were slowly dispensing with a crush of people who looked like they meant to push themselves through the bars into the ticket sellers’ laps. The cavernous room was thick with language I didn’t understand. With his hand kindly clamped on my upper arm, Josh pulled me through the hall. Everyone we passed turned and watched.
Excerpted from THE ANSWER TO THE RIDDLE IS ME by David Stuart MacLean. Copyright © 2014 by David Stuart MacLean. Reprinted by permission of Houghton Mifflin Harcourt Publishing Company. All rights reserved.