Art and Appetite is a celebration of food and drink as depicted by American artists. From Andy Warhol to Norman Rockwell, this new Art Institute exhibition takes a scholarly but tasty look at artistic representations of what we eat and what it reveals about us. We have a preview.

As an extension of the exhibit, the Art Institute of Chicago’s online cookbook includes vintage American recipes featured in the exhibition, as well as some delicious new recipes from Chicago's top culinary talent. Read some of the recipes below, and check out the Artbeat blog to watch a web extra video of Judy Barter, curator of the show, dishing on one of her favorite pop art pieces. 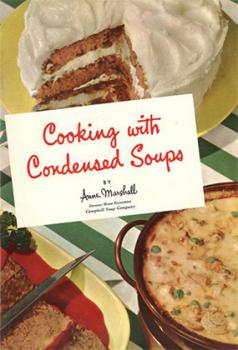 Sift flour and baking powder together; cut in shortening. Add soup; mix well. Divide dough in half; roll each half on a lightly floured board until about ½ inch thick. Sprinkle one half with cheese; place other half on top of cheese. Cut in squares or with a biscuit cutter. Bake in a hot oven (450°F) 15 minutes, or until brown. Makes 18 biscuits. 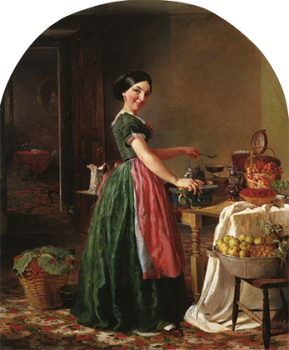 Simmer half a pound of maccaroni in plenty of water, with a table-spoonful of salt, till tender, but not broke—strain it, beat five yelks, two whites of eggs, half a pint of cream—mince white meat and boiled ham very fine, add three spoonsful of grated cheese, pepper and salt; mix these with the macaroni, butter the mould, put it in, and steam it in a pan of boiling water for an hour—serve with rich gravy. 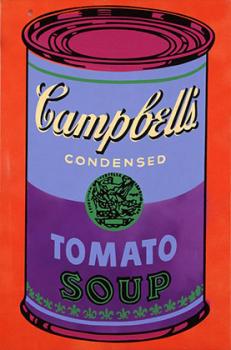 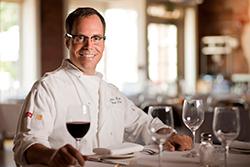 Submitted by Douglas Katz, owner and executive chef of fire food and drink

Toss chicken thighs lightly in vegetable oil, and season well with salt and pepper. Roast in a 375˚F oven for 35 minutes or until juices run clear. Pick and reserve meat.

In a large saucepan over medium heat, add oil, onion, and mushrooms, and sauté until tender. Add remaining vegetables and sauté for 2 minutes, seasoning as desired with salt and pepper. Remove vegetables from pan and reserve.

Return pan to heat, and deglaze with sherry. Lower heat to a simmer, and reduce sherry by three-fourths. Once sherry has reduced, slowly whisk in cream and reduce by a third, whisking frequently to prevent scorching. When cream has reduced, whisk in butter. Add cooked vegetable mixture and picked chicken to reduced cream. Taste for seasoning.

Pour gravy generously over prepared waffles when ready to serve.

Marc Vitali and Hope Holmberg contributed to this report.