"Our Once and Future Planet"

Paddy Woodworth is an Irish journalist who has traveled the globe looking at ecological restoration projects, including right here in Chicago. He joins us to discuss his new book, Our Once and Future Planet: Restoring the World in the Climate Change Century. Read an excerpt from Chapter 5 of the book. 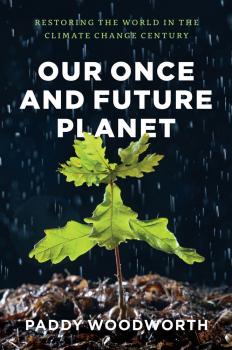 And so, by the time Steve Packard sought out the forest preserve sites along the North Branch of the Chicago River in the late 1970s, much of what he found was very different from the “natural forests” that the founders had hoped future generations would enjoy. According to his own account, Packard was at this time a rebel without a cause and without a job, a full- time antiwar activist made redundant by America’s recent withdrawal from Vietnam. The new environmentalism attracted him. He says an eighty-six-page book, The Prairie: Swell and Swale by Torkel Korling, changed his life. His growing fascination with tallgrass prairies and then with tallgrass savannas led to his becoming one of the most inspirational—and problematic— figures in the contemporary US restoration movement. Packard was particularly struck by an introductory note to Korling’s book by Robert Betz, a leading prairie ecologist. He learned that a mere handful of intact remnants of tallgrass prairie remained in Illinois. Insofar as restoration was on the agenda at this stage, it was conceived of as reconstruction, like the pioneering work Betz was doing, literally from the ground up, on cleared land at Fermilab.
"I drove around with my girlfriend looking for the preserves, they were not even marked. We would walk in, and find this wonderful stuff here, but with all this bad stuff growing there that he [Betz] talked about. And I thought, “There is something missing here, something should be done, and I know how to do it, I know about community organization and so on. The problem was that no one cared about them [the preserves]. Those who did traveled around, looking for best ones, but from day to day, even month to month, there was nobody there looking after them.”6
The “wonderful stuff ” consisted of the patches of native prairie, forest, and—he later learned—savanna plants that could still be found on the North Branch preserves. The “bad stuff ” was invasive vegetation, and it looked like it had already won the battle. He described the scene in his fi rst major—and still his best—ecological article, “Chronicles of Restoration: Just a Few Oddball Species: Restoration and the Rediscovery of Tallgrass Savanna”:
The most obvious symptoms of this deterioration are infestations of European buckthorn [Rhamnus cathartica], Tartarian honeysuckle (Lonicera tatarica) and garlic mustard (Alliaria officinalis). These aliens create thickets so dense, green up so early in spring, and hang on so late in fall, that they often drive out everything else. An especially sad (and common) landscape features forlorn, aristocratic old oaks in an unbroken sea of buckthorn—the understory kept so dark by the dense, alien shrubbery that not one young oak, not one spring trillium, not one native grass can be found. Except for the relic[t] oaks, whose decades are numbered, the community is dead. Early publications . . . in the 1920s show gracious open groves with table clothes spread for picnics. To traverse some of the same ground today would require an armored vehicle, or dynamite . . . in some places you can only explore the preserves by crawling along for long stretches on bare dirt under the dead, thorny lower branches of buckthorn.7 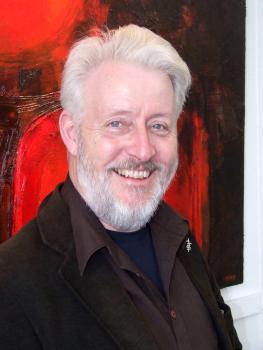 In recognizing this dramatic scenario, which was then barely acknowledged as a problem by the Cook County FPD management, and hardly at all by the general public, Packard saw the new challenge he had been looking for. It became, and remains, his mission to organize the liberation of the biological communities evicted or suppressed by invasive plants in the preserves.
“So I started restoration,” he told me, initially using just a few simple hints in the Torkel book as his manual. He would later write his own handbook.8 “You cut brush, you needed to burn once in a while. I asked for an OK from the FPD to do some work. Not on the best sites—I presumed they were for scientists only—but I started working on the North Branch, and it soon became obvious that we were a whole lot better equipped to do this than anyone else on the scene.”9
Packard’s ability to size up a crisis and tackle it with tireless energy and great imagination would prove to be the strength of the North Branch restorations. His organizing skills transferred easily from street demonstrations to restoration days, and he and his close associates soon had dozens, then hundreds, and eventually thousands of citizen volunteers clearing, burning, planting, and managing North Branch sites. In the meantime, he became a respected professional conservationist, working full-time for the National Audubon Society. His ongoing and rather hubristic conviction that he is the right person in the right place would become something close to a tragic flaw. Yet he is not an obviously arrogant man and, both in conversation today and in his 1988 account of his literally groundbreaking work at Somme Prairie Grove, he displays doubts, a commitment to testing hypotheses—up to a certain point—and a self-deprecating sense of humor.
“Would you say,” I asked him, “that you stumbled upon ecological restoration?”
“That would be far too graceful a way of putting it,” he responds dryly.
Much of Packard’s story has been very well told elsewhere,10 but some of it needs to be recapitulated here, because the North Branch narrative highlights in especially sharp and often painful perspectives questions that are fundamental to ecological restoration everywhere:
• Should we restore at all?
• If so, where, and to what target ecosystem, based on what reference system, and according to which criteria?
• To what extent are the answers we give to these questions colored by cultural ideologies and personal aesthetic preferences rather than by science?11
• How much does that matter?
• Who should determine management policy for public land designated as “natural areas” or “for conservation”: bureaucrats, scientists, citizen- activists, or some combination of the above; or should the fi nal word lie with politicians, subject to all the vagaries of democracy?
• What issues need to be factored into the answers when the context of restoration is urban, as it is likely to be for most human beings in the twenty-first century?
So what follows is not in any sense an attempt to establish the full facts of the “Chicago controversy,” in the sense of who did what, when, and where. It is much more an effort to unpack the arguments that underlie it, and hopefully illuminate useful answers to these questions.

Reprinted with permission from From Our Once and Future Planet: Restoring the World in the Climate Change Century, by Paddy Woodworth © 2013 Paddy Woodworth. All rights reserved.