Alan Dixon talks about 40 years of public service in his new book, The Gentleman from Illinois. Read an excerpt from the book and watch previous interviews with Dixon from WTTW’s archives. 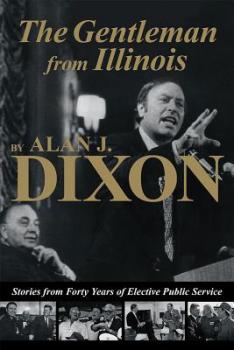 My run for Illinois treasurer was my introduction to statewide politics.

Along with Adlai Stevenson III and me, the Democratic state ticket in 1970 also included Michael J. Bakalis, a political newcomer who was our candidate for state superintendent of public instruction. As the campaign progressed, the outcome of only one of the three contests seemed to be in doubt—the race for treasurer.

Stevenson called on Mayor Daley after the party slate-makers endorsed him for the Democratic nomination for the U.S. Senate. They met in the mayor’s fifth-floor office in Chicago City Hall. Adlai took a seat across from Daley’s desk and said, “Mr. Mayor, I’ve come to ask for your advice in this upcoming campaign.”

The mayor opened and closed the desk’s central drawer several times, glimpsing each time at the desk’s contents. Then he looked at Adlai and said, “Son, don’t change your name.”

The wisdom of the mayor’s tongue-in-cheek advice was borne out during the campaign when the press reported a finding that 87 percent of Illinois residents knew the name of Adlai Stevenson, but only 14 percent were familiar with Ralph Tyler Smith, the Republican incumbent in the Senate seat.

In the contest for public instruction superintendent, Republican Ray Page, the incumbent in the office since 1962, had been enmeshed in several scandals that invited heavy criticism from the media. Bakalis, who was assistant dean of the College of Liberal Arts and Sciences at Northern Illinois University, was a fresh, clean-cut face on the public scene. Odds were strong that he’d win easily if he kept out of trouble, which he did.

Unfortunately, I had what everybody believed to be the strongest opponent. He was Cook County Treasurer Edmund J. Kucharski. The Republican chairman of his county and one of only three in his party holding a county-wide office in Cook, Kucharski also benefited from being not only a strong political ally but also a very close personal friend of Republican Governor Ogilvie. This assured him access to unlimited financial support from the GOP community.

As I did before the Democratic slate-making, I lived in Cook County for the balance of the general election campaign after Labor Day. I worked there from early every morning until late at night to win the state post, but the signs were not good. Although I did receive some limited amounts of campaign contributions, I believe that I raised only $200,000 the entire year. I could not afford campaign ads and had to look at media ads for my opponent every day during the last two months of the race.

The most depressing aspect was the result of election polling by the Chicago Sun-Times, which was reported by its political editor, John Dreiske. In that era, this was the most observed political polling in the state. Believe it or not, while modern polls are predicated largely on statistical standards through which results are predicted accurately by scientific analysis with only a 3 or 4 percent margin of error, the Sun-Times poll was based on pure bulk. And it worked.

Dreiske and his cohorts went out into the field after Labor Day and had people vote poll ballots in every part of Illinois. He didn’t fiddle with the results. He just reported them. By the time of the election, John had obtained more than fifty thousand poll ballots. As the polling results steadily came in, he reported them each week in his newspaper—especially in the big Sunday editions during the campaign’s final two months when the tallies were presented in huge summations.

In the beginning, Dreiske reported on all three of the statewide races. But soon he decided to no longer report the Stevenson-Smith polling results because it was clear beyond question that Adlai was going to be the winner. After that, it was Bakalis versus Page and Dixon versus Kucharski.

The polling results for Bakalis never reached a point where his chance of victory was in doubt. My situation was a different story. In the first month of the polling, I was so far behind Kucharski that my campaign office manager in Cook County tried to hide the Sun-Times when I entered my headquarters. In October, though, I settled in at roughly 8 to 10 percentage points behind. This separation continued up to nearly the last week of the campaign. On the Saturday before the November 3 election, the polling revealed that I had closed to between 1 and 2 percentage points of Kucharski.

Heartened, I returned home to my family and a big, final fund-raising dinner at Augustine’s Restaurant in Belleville. The place was full, and I told the folks I was only one point behind and could win with their enthusiastic help.

I narrowly beat Kucharski, but my victory was not fully confirmed until the Wednesday morning after the election because DuPage County, the top Republican bastion in Illinois, held out its vote until the end.

As expected, Stevenson clobbered Smith. Adlai got 57 percent of the tally in the Senate race in amassing a winning margin of 545,336 votes. Bakalis ran away from Page for an easy win in the superintendent’s contest. My victory was by a much-closer margin. I defeated Kucharski by 88,772 votes.

Thanks, Adlai. You’re a pal!

The funniest incident of my campaign featured Karl Rove. Yes, the same Karl Rove who much later would be senior adviser and deputy chief of staff to President George W. Bush. But in 1970, he was a young Republican Party intern working on Ralph Smith’s unsuccessful campaign against Stevenson.

Now, I have nothing against Karl Rove. I think he was the brains behind George W. Bush’s two successful runs for the White House. But his political participation in my 1970 campaign was a little short of his later techniques.

Our last fund-raiser in Cook County took place at my headquarters in Chicago’s Loop during one late afternoon and early evening. It offered, of course, cocktails and food with attendees paying what they could afford. What I didn’t know the day of the event was that Rove had somehow obtained sheets of paper with our campaign letterhead. He then used the sheets to print invitations to the fund-raiser promising free beer, free food, girls, and a “good time for nothing.” He distributed the invitations in places throughout the Loop where drifters, homeless persons, dope addicts, ladies of the night, and even gangsters hung out.

Well, as you might guess, an overflow crowd did show up, making the attendance a success. But I lost money on the fund-raiser.

Speaking to the Dallas Morning News in 1999 about this indiscretion, Rove said, “It was a youthful prank at the age of 19 and I regret it.” Karl also noted in a memoir that during my U.S. Senate years, I did not kill his nomination by President George H. W. Bush for a broadcasting board. In Karl’s words, “Dixon displayed more grace than I had shown, and kindly excused this youthful prank.”

On Oct. 27, 1986, Callaway, joined by Bruce Dumont, interviewed Dixon weeks before the 1986 General Election. Dixon faced Republican Judy Koehler. Dixon succeeded and went on to serve his second term in the U.S. Senate. Watch the full interview below.

And, on Feb. 24, 1992, Callaway interviewed Dixon about the upcoming primary election. Dixon faced Carol Moseley Braun and Al Hofeld. Braun went on to win the primary and the Senate seat. This was the only election Dixon lost in 43 years. Watch the archived interview: 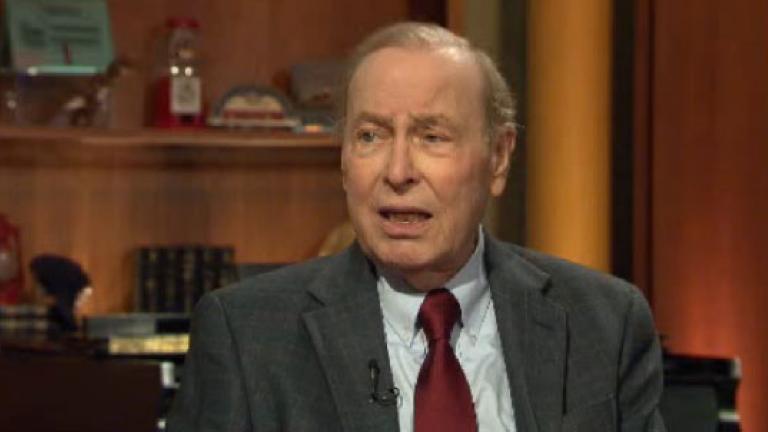