We take a look at what Bill Daley was like inside the Obama administration with Richard Wolffe, executive editor of MSNBC.com and the author of a new book that looks at the players who pushed President Obama to get reelected. The book also offers a view of Daley, and how he was viewed by some White House insiders.

Read an excerpt from The Message: The Reselling of President Obama: 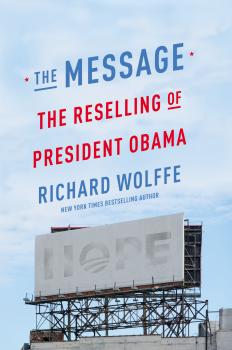 Inside the West Wing there was plenty of dysfunction to match the GOP’s. Obama’s second chief of staff was supposed to be a management expert, with both private-​sector leadership skills and a genial personal style to match. Bill Daley was Bill Clinton’s commerce secretary and Al Gore’s campaign chairman. He was personally recommended by his Chicago friends David Axelrod and Rahm Emanuel, Obama’s first chief of staff. He was also a walking disaster in Obama’s White House. He chafed against Obama’s team, preferring to bring in his own staff— a preference that was rejected by the president himself. His working relationship with the rest of the West Wing was little short of dismal. Daley had been running several back channels to the GOP leadership on the debt ceiling and had failed to loop in the White House communications team. So the message team insisted the president was looking for a balanced agreement with some tax revenues as well as spending cuts. At the same time, their chief of staff was negotiating a deal without tax revenues.

Daley’s reign was chaotic,” said one senior Obama aide. “He had something like three secret processes happening at the same time. The messaging folks were not part of all the processes and so some decisions were made without regard to politics or framed in any way. They were drawing public red lines that we were already crossing in negotiations.”

From the book THE MESSAGE: The Reselling of President Obama. Copyright (c) 2013 by Richard Wolffe, Inc. Reprinted by permission of Twelve/Hachette Book Group, New York, NY. All rights reserved.