"Intelligent Governance for the 21st Century"

Nicolas Berggruen is many things: investor, philanthropist, billionaire, bachelor, Hollywood party host, “homeless" -- and now, political thinker and author. Berggruen, chairman of the private equity firm Berggruen Holdings, made his $2.5 billion fortune buying and fixing troubled companies. He carries few physical possessions—a phone, an iPad, some clothes—and, after selling his Fifth Avenue apartment and private island estate near Miami more than a decade ago, he no longer has a permanent home. With the proceeds, he founded the Berggruen Institute on Governance, a “think and action tank” devoted to finding and urging new forms of good governance.

In his book, Intelligent Governance for the 21st Century, Berggruen and co-author Nathan Gardels explore good governance from an unconventional angle, focusing on both the West and the East.

Read an interview with Berggruen: 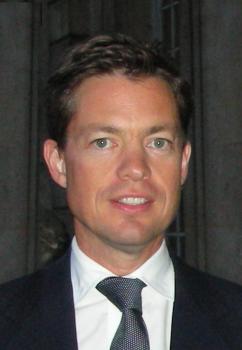 I started reading in my teens. It was an obsession that’s carried with me. What I’m trying to do now is to read Western and Eastern philosophy to compare philosophical questions: existentialism (like Sartre, Nietzsche) and its focus on the individual compared to almost the opposite (like Confucius and other Eastern thinkers) who are less focused on the individual, and more interested in the community and the idea of the world in harmony. My hope is to reconcile those two.

How has your experience in business influenced your political philosophy?

The advantage of doing business all around the world is that you learn about different practices and different cultures, and you find much to do with the origins and the political environments. That's why I created the Institute. The greatest influence on people is the political structure they live in. It is so important to get effective governance if you want growth.

What’s the ultimate goal of the Berggruen Institute?

To improve governance in general, and adapt it to the local culture and the local political frames, as opposed to imposing while respecting local cultures. And bizarrely, that may be easier in the less democratic environments. In a place like China or Singapore, once the decision is made, it's more effective. So it's counterintuitive that the democratic Western governments may be harder to change.

Should the West be worried about “the rise of the East”?

When you've been dominant and you thought you had the right formula, competition is not pleasant. It's inevitable. We should embrace it. It wasn't really participating in the global adventure. At the same time, it's scary. We'll have to be better, first time real competition -- politically and culturally, as well as economic. We have to be better in the West. But it's also an opportunity.

What do you mean by finding the “Middle Way”?

At the end, the West is where politicians are accountable because they're elected and it's essentially a popularity contest. China or Singapore is run like a corporation and governance is more merit based. The disadvantage is that’s not very transparent or accountable. Effective government encompasses the better of the two worlds. For example, a model of the “Middle Way” would be a representative body with two chambers: one that's elected and one that's appointed and can think longer term.

You say the issue isn’t big or small governance, but good governance.

Yes, size is not important, it's quality. French governments are big but it's been pretty effective. In Scandinavian countries, it's the opposite. And Singapore, which has a big government, is also super effective. So it depends on the quality, not the size. It's not a question of how much you spend in government; it's a question of how you spend.

You mention in your book a quote from Thomas Jefferson saying constitutions run their course in 20-30 years. Has the U.S. constitution outlived its natural lifespan?

The U.S. constitution is taken like religion when you should rethink and reform it to reflect the times. The right to bear arms, for example, may have been a good idea before the 1900s, but is it really such a great idea today, when you have a really sophisticated police force? If you don't change, the model won't be good for the times. 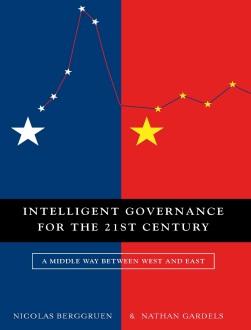 “East is East, West is West.” But, today, the twain are intertwined.

Everyone knows the contrasting traits that distinguish these broad civilizational spheres: authority versus free­dom, the community versus the individual, the cycles of the ages versus the progress of history, and representa­tive democracy versus, in China’s case, rule by a meri­tocratic mandarinate. Yet, we also know that China has become the factory of the world and the largest creditor of the United States.

In this book we revisit the twain that Rudyard Kipling famously said “never shall meet” in this new historical context where China and the West are as tightly teth­ered as they remain highly distinct.

As the West recedes from its centuries-long dominance and the Middle Kingdom regains its solid foothold in history, we are obliged to look out on this changing landscape with Eastern as well as Western lenses.

If the reader will permit the reduction of some essential truths, the modern Western mind tends to see contradiction between irreconcilable opposites that can only be resolved by the dominance of one over the other. Following the German idealist philosopher Georg Wilhelm Friedrich Hegel,1 this was the approach Francis Fukuyama2 took when he argued that “the end of his­tory” had arrived after the Cold War in the triumph of liberal democracy over other forms of human govern­ance. In the geopolitical mind of the West, territories and ideologies are either won or lost.

The conventional, though not incorrect, wisdom in the West is that, despite the awesome achievement of lifting hundreds of millions of people out of pov­erty in just three decades, the modern mandarinate of nominally Communist China is not self-correcting, and thus not sustainable. Unless it loosens its autocratic grip by allowing freer expression and more democratic mechanisms for popular feedback and accountability, the “red dynasty” will succumb to terminal political decay – rife corruption, arbitrary abuse by authorities, and stagnation – just as all previous dynasties have in China’s millennial history.

The unconventional observation of this book is that, just as we’ve seen with ﬁnancial markets, Western democracy is no more self-correcting than China’s system. In a mirror image of China’s challenge, one-person-one-vote electoral democracy embedded in a consumer culture of immediate gratiﬁcation is also headed for terminal political decay unless it reforms. Taking a cue from China’s experience with meritocratic rule, establishing capable institutions that embody both the perspective of the long term and common good in governance is key to the sustainability of the demo­cratic West. The argument we will make in this book is that restoring equilibrium in each system will require a recalibration of political settings through mixed con­stitutions that combine knowledgeable democracy with accountable meritocracy.