"How To Succeed In College"

In the past couple of decades, college attendance rates have risen exponentially and the percentage of college graduates has tripled since 40 years ago. Yet, navigating college remains just as perplexing and formative as ever before. Professor Jon Gould draws on 20 years in higher education, offering advice from the other side of the podium in his new book: How to Succeed in College (While Really Trying).

Check out Gould's tips for parents and students:

1. Give your children space. Let them adjust and ease into their new surroundings. Don't come visit right away, and don't be on the phone or text constantly.
2. Be supportive, but don't try to solve their problems. When the tearful call inevitably comes, they really just want a sympathetic ear. You don't need to fix the problem, and most of the time you couldn't anyway.
3. A few "life lessons" never hurt anyone. If they blow off studying for an exam, they should get that C. If they're smart, they'll learn from the experience and not repeat it. One bad grade does not a semester ruin.
4. Don't remodel their room -- yet. First-year students still want the security of "home." Try not to make major changes to their room -- or the family -- until they've successfully completed a semester.
5. Take a deep breath and take pride in getting your children this far. The vast majority of students will transition to college successfully. You played a big part in that. They'll be okay. Really.

1. Attend class! It sounds simple but professors notice whether you’re engaged or not even there.
2. Be prepared. Not doing the reading or assignments says to an instructor, “I have no interest in what you’re trying to accomplish here.”
3. Participate regularly. Speak up in class discussions—but don’t overrule other students. If you’re shy, wait until the class breaks into small groups to jump in.
4. Confess your confusion. Don’t worry if your professor sees you’re struggling to understand a concept—it means you’re learning. Let them know and they’ll try to explain the concept in a different way.
5. Use office hours. Far too many students don’t take advantage of this one-on-one time, where instructors can explain difficult concepts and answer questions about material. Plus, you may develop a professional friendship that can lead to letters of recommendation and networking opportunities in the future. 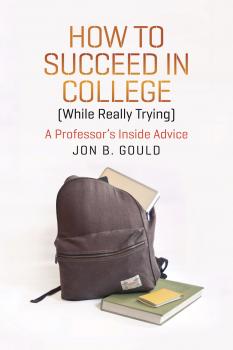 Why Go to College?

More than 40 years ago, there were 2,329 colleges and universities, approximately 1 for every 85,000 Americans. Today, there are well over 4,000 schools, the ratio dropping to 1 for every 75,000 Americans. In fact, the percentage of Americans who graduated college has jumped nearly threefold over that period to reach 28 percent of those over 25 years old. Colleges have diversified as well. At the start of the civil rights movement, African Americans constituted fewer than 5 percent of the entering freshmen class. By 2007, that figure was up to 13 percent, roughly mirroring the percentage of African Americans in the U.S. population. Women, especially, are attending college and graduate school in record numbers. Female students now outnumber their male counterparts at every level of postsecondary education except in doctoral programs.

All around there are signs that college is more welcoming to Americans of all stripes. Gone are the days when only the rich and well-connected attended college. Today, three-quarters of college enrollment occurs at state institutions, where, not coincidentally, tuition is lower. Our colleges and universities also are the envy of the world. According to the Department of Education, foreign enrollment at U.S. schools continues to rise, hitting a record of over 600,000 students in the 2007-2008 academic year. “In today’s competitive international environment,” a State Department representative says, “the increase in enrollments… demonstrates again that the U.S. remains the premier destination for international students.”

This is all well and good, but the looming question for prospective students like yourself is whether college is right for you. Do you need a college degree to succeed in life? How valuable is a college education? The trick is separating the two questions. Contrary to what you will hear from most high school guidance counselors, a college degree is not an absolute requirement for professional success. It’s more like the multivitamin you may take. Will it absolutely prevent a cold? No, not by itself, but it certainly helps.

Census surveys continue to show that college graduates earn more than those who do not attend college; the most recent figures reflect a difference. The salary gap widens with even more education. According to 2005 census data, “workers with an advanced degree [earned] an average of $74,602, and those without a high school diploma [averaged] $18,734.” But these data may obscure the fact that college students are a self–selecting lot. As one critic explains, “You could lock the college-bound in a closet for four years, and they’d still go on to earn more than the pool of non-college-bound—they’re brighter, more motivated, and have better family connections.” Consider that some of the wealthiest members of society have dropped out of college to start their own businesses. Bill Gates, a creator of Microsoft; Larry Ellison, who cofounded Oracle; Steve Jobs, the innovator behind Apple; and Michael Dell, whose computer company bears his name, all made millions without a college degree. If you’re motivated, have an entrepreneurial streak, and can create a winning business plan, perhaps college isn’t necessary for you.

My guess, though, is that this description applies to just a handful of eighteen-year-olds. For most of us, a college degree is a prerequisite for many of the higher-paying jobs in society. Plumbers and auto mechanics earn an enviable wage, electricians and computer technicians are in demand, but unless you’re prepared to start your own business and make money as an entrepreneur, most of the jobs that pay best require that college sheepskin.

I hate to lead with money as the justification for college, but there is no denying the fact that college is expensive. The average “list price” for private college tuition in 2007 was over $20,000 a year, with public schools averaging a little more than $6,000. Taken over four years, you could buy several luxury cars or put a down payment on a house for what you or your parents will spend on college tuition. The question, of course, is whether college is worth this amount. 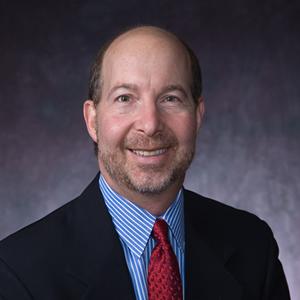 Why College Is Worth It

You hardly will be surprised to hear that I think it is—but not because college lends itself to a ready cost-benefit analysis. We’re not selling automobiles; we’re in the business of hope. I first heard this expression from my mother-in-law, who served as a college president. Certainly, President Obama has spoken about “the audacity of hope,” a “belief in things not seen, a belief that there are better days ahead.” The line may make for good politics, but it also holds true in American higher education.

Anyone who sets foot on campus arrives with hope in her eyes—the hope for a better life. For some students that will be measured in raw dollars, their internal actuaries calculating how much more they will earn over a lifetime with a college degree. Other students hope to improve their social standing, the white-collar world of a college degree being more appealing than the life they have known. For others, college is about skill development, learning how to think and communicate better. And for another group, college is about expanding one’s mind and experiences, from exposure to new ideas in the classroom to the growth that occurs from living in the dorms with someone of a different ethnic background. None of these motives is exclusive, for most students come to campus with a variety of goals. Professors understand this, even if we would prefer to envision our students enrolling simply for the love of learning.

Is hope naive or, even worse, elitist? Just the contrary. Go to New York Harbor sometime and read Emma Lazarus’s inscription on the statue that lit the way for many of our immigrant ancestors: “Give me your tired, your poor / Your huddled masses yearning to breathe free.” America is all about hope—the hope that dreams will bring a brighter future—just as American higher education is about the hope of a more rewarding, meaningful, and even profitable life. College is elitist, but not for the reasons you may think. We’re not sitting around in our ivory towers sipping sherry in tweed jackets tsk-tsking about the unwashed masses. That image is best left to Hollywood’s B movies. Rather, we’re trying to will the best out of life—a better understanding of human behavior to make life more rewarding, scientific and medical discoveries to improve conditions on the ground, and meaningful interactions to enhance personal insight.

Sure, on the hierarchy of human needs, education is not a top priority, ranking above such basic necessities as food, water, security, and belonging. But civilized societies are concerned about people’s higher needs, including esteem and fulfillment, and education is directly tied to each of them. College is a place to grow, to nurture your skills, to develop confidence in your abilities, and to put yourself on the path to an interesting and engaged future. It’s hardly a wonder that 89 percent of college graduates in a national poll said the experience was worth the expense. It’s the “goofy and formative experiences” of college, as one recent graduate put it, that make the experience so worthwhile. Read more here.