But what is it like for adolescent children questioning their gender identity? Families in the Midwest now can turn to Lurie Children's Hospital for help. The Center for Gender, Sexuality and HIV Prevention provides safe and supportive services for kids and their families. It is one of only four youth gender clinics in the country.

We take another look at two families who are clients. 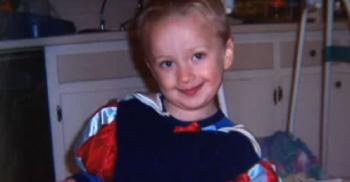 Sabrina is Ryan’s mom. She describes when she noticed her son was different.

“Up until about 2 years old, she is what we would call typically boy. Rough and tumble, loved to climb, short crew cut blond hair. At about 2 ½, we started noticing her doing some interesting things. She loved to put pajama pants on her head, where the elastic part was here, and it would be her hair. And she'd walk around saying, 'how do you like my hair?’ like every night,” said Sabrina. “Right around that time, she found my older daughter's dress-up box, and that was like a gold mine. It had her Snow White, her Dorothy outfits, from all the Halloweens -- and wore them nonstop. And through just networking and talking, we found out that Ryan was gender fluid, gender diverse, gender atypical. There's lots of different names, but she's not typically her gender.”

Around age 11, Jae realized she wasn't really a boy.

“She was always different. She liked dolls, she liked Barbies. Even at 2, she would take the blanket and put it on her hair, and it was her hair,” said Lisa Salas, Jae’s mother. 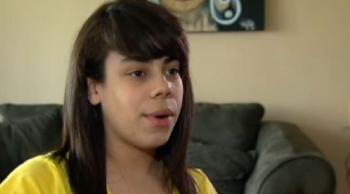 “I thought that I was gay because I didn't really know what the definition of gay was,” said Jae. “But then, me and my mom watched this program on the Oprah Winfrey Network about transgenders.”

“We just sat there watching it with no words,” said Lisa.

“And then, I started wearing girls' clothes and growing out my hair, which took a long time,” said Jae.

“Gender is not what you play with, or what you want to wear, or who you are attracted to, which is sexual orientation, Gender is who you are,” said Dr. Rob Garofalo.

“In hindsight, if I would've had it, I would've raised her as a girl. I say that over and over again because I'm kind of mad that we waited all this time,” said Lisa.

Before the clinic officially opened, two dozen families were seeing Dr. Garofalo. Now, he says, two to three new patients come through the door every week.

“We're getting them with leaps and bounds and they're coming from all over,” he said. “This is not rare. This is something that occurs with some frequency.” 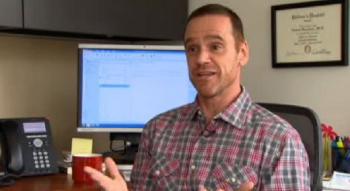 Dr. Garofalo specialized in treated at-risk 16 to 22 year olds with HIV, many of whom are transgendered women.

“Slowly but surely, families started to Google things like ‘transgender Chicago’ or ‘gender Chicago’ and my name would pop up, and all of the sudden I started to see two, then five, then 10 families with younger kids: 3, 4, 5 and above, that needed a place to go,” said Dr. Garofalo.

“There could be a million reasons for it and there could be none, and it doesn't matter,” said Lisa. “Now here's what, we're going to take these steps to her having this life.”

“I had one mom from a Spanish-speaking family; it was one of the first families I dealt with, who literally embraced me one day and said, ‘Thank you for giving me my child back,’” said Dr. Garofalo. “And then, the next visit, she invited her whole entire family: aunts, uncles, sisters, brothers, cousins, all wanting to now get on the same page as mom. You know, she had this epiphany.” 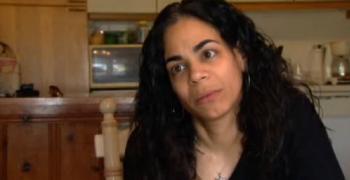 “We'd get home from school, and there would be a trail of boy's clothes leading to her room,” said Chris, Sabrina’s husband and Ryan’s father. “So about a week to go in kindergarten, we're sitting around the table and my wife asks, ‘Ryan, do you want to present all the time, including going to school?’ And she was like, ‘yes!'”

“For some of these younger kids, you'll see that like they totally know who they are. They know. They’ll come in and say, ‘I'm a boy’ or ‘I'm a girl.’ And it’s really larger society or the parents, or family structures or school systems, that have the challenges dealing with the kid that’s in front of them,” said Dr. Garofalo.

“I think it's a teaching moment because not everybody knows what a transgender is,” said Jae. “Sometimes people mistake you for being gay, but it's not. It's really different. This is about my gender. I'm a girl.”

Both Jae and Ryan are on a drug, Lupron, to delay the onset of puberty.

“It makes sense to take the blockers, which stops puberty, stops the release of testosterone. It actually blocks that whole process, and give her some time to figure out what is the next step,” said Sabrina.

“For gender variant kids, or transgender kids, those type of secondary sexual characteristics, the development of them physically, can be really upsetting and disturbing,” said Dr. Garofalo.

“She'll do the blockers and then she'll get the female hormones when she's older. And then, the rest will be up to her,” said Lisa.

Both Jae and Ryan struggled before presenting full-time as girls.

“You just don't like yourself. You don't feel comfortable in your own skin,” said Jae.

“She's a little more alive now, wants to partake in the conversation, starts it herself,” said Lisa. “So, it’s like, wow, you went from being this wallflower to this…she's the life of the party.” 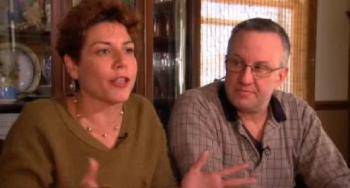 “She was throwing tantrums, and it was really just obviously a manifestation of her suppression,” said Chris. “When she was able to present full-time, it was just amazing to see.”

“I can't imagine what it's like to walk down the street 24/7 and sort of present in a gender-nonconforming way that bucks every sort of social stigma that we have in this country,” said Dr. Garofalo. “And yet, these kids do it day-in and day-out, and they hold their heads up high and they live their lives with dignity and pride. It’s really amazing.”

“There was some bullying that happened in first grade. And it was interesting because it was the fifth grade girls. So it wouldn't be the boys that you would think in her class, who knew her as a boy, who now was a girl,” said Sabrina.

“Oftentimes, I will go into a school system and they'll be up in arms because they've got this like gender variant or gender-nonconforming kid, and nobody knows what to do with them,” said Dr. Garofalo. “But if you have them take a deep breath and just be like, ‘OK, all we’re trying to work on is, regardless of what you think of being transgender or gender-nonconforming behaviors, regardless of what you think of all that, can we all agree that all our children deserve to be in a school environment that’s safe and comfortable?’ And everyone is like, ‘Oh, yeah.’”

“I want them to know that there can be people like me and if they want to express themselves, they can, don't be afraid to,” said Ryan.

In the following web exclusive video, Dr. Garofalo and the parent of a gender atypical child discuss one of the challenges these kids face.

The Center for Gender, Sexuality and HIV Prevention at Lurie Children's Hospital is able to provide direct services to gender non-conforming kids and their families through funding by Jennifer Pritzker's foundation. Pritzker, the founder of Chicago's Pritzker Military Library, also gave the Palm Center $1.35 million to study how the U.S. military could successfully integrate transgender service members. 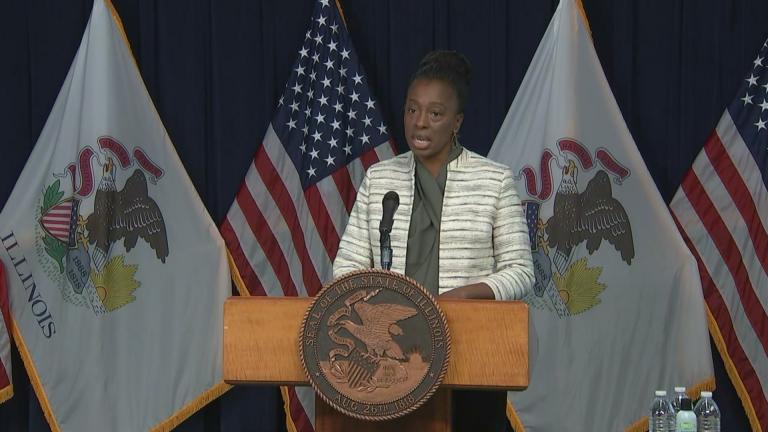 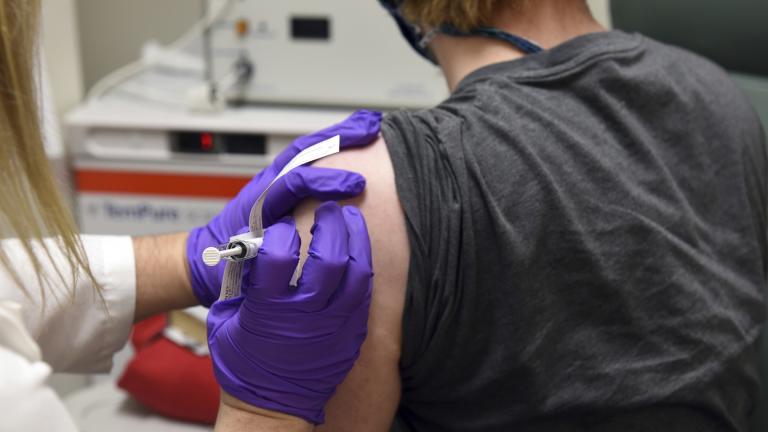 Britain OKs Pfizer Vaccine And Will Begin Shots Within Days 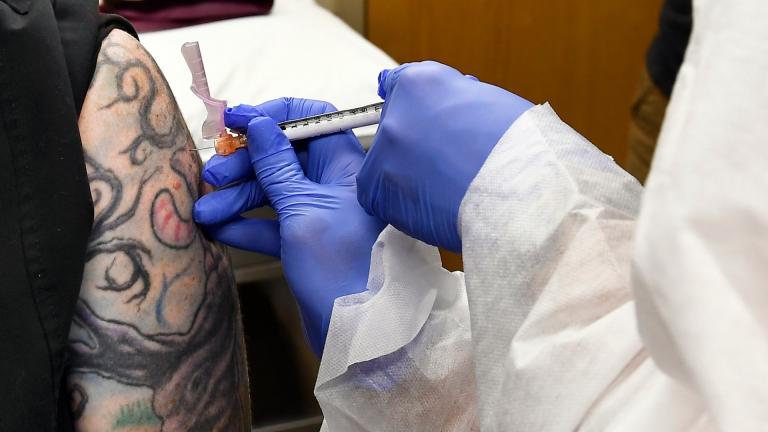 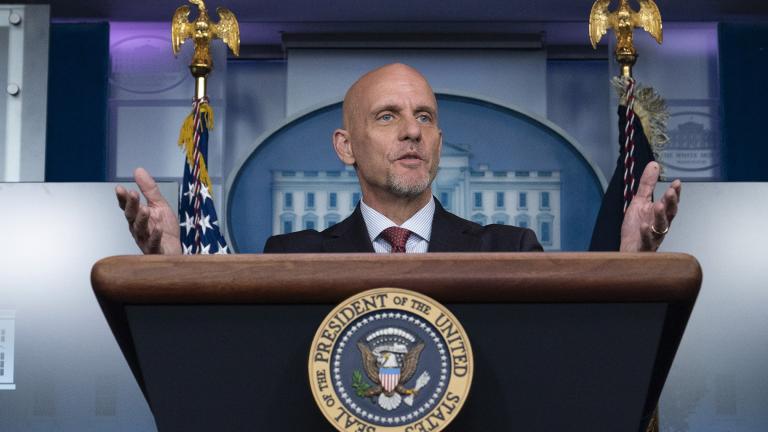 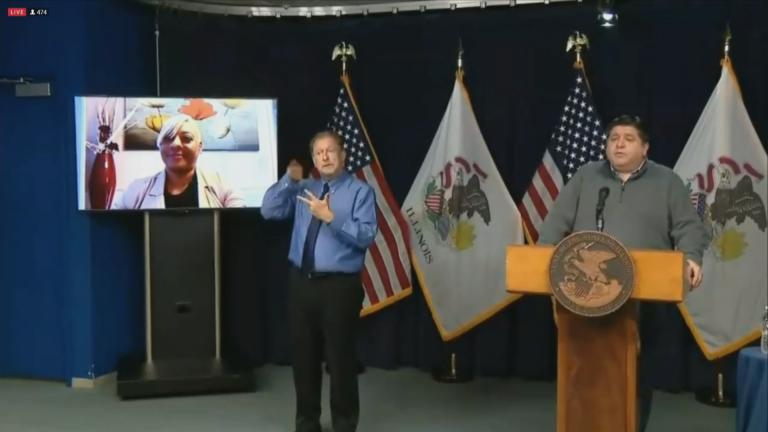 ‘Assume You Were Exposed’ to Virus, Pritzker Says, Urging People to Stay Home