There was mixed reaction Tuesday to Chicago Public Schools' decision to demolish the field house at Whittier Elementary School. Three years ago, parents and community members sat in at the field house for 43 days demanding that the structure be saved and used for a school library. It never happened; and on Saturday morning, the field house was bulldozed.

Whittier is in Ald. Danny Solis' 25th ward. This afternoon, he hit the streets to gauge neighbors’ reaction to the destruction of the field house.

“She's congratulating me for the decision to get this done,” he said. “We’re going to have something beautiful there that the community can enjoy, along with the kids in the schools and the parents.”

Not all the neighbors agreed.

“I saw what happened and it was really shameful and really sneaky, in the middle of the night on a Friday,” one neighbor said.

There was a different opinion next door.

“I saw it, that building needed to be torn down. It cost too much money to fix it, and for what it was, it wasn’t worth fixing,” said another neighbor.

What was universal was surprise as bulldozers tore into the building the community called La Casita on Saturday morning. For those who had participated in the 43-day sit-in, the big machines were ripping apart the symbol that had united the community.

The sit-in had changed the lives of women like Angelica Cordova who had never before stood up to authority. For her three children, all Whittier students, La Casita was an important resource.

“She feels that at La Casita she was born again as a person. She felt a lot of frustrations as a woman, as a Latino person, and La Casita to her was a place of learning, a place to liberate herself,” said a translator for Cordova.

“This is going to be hurtful to me and to those who were helping La Casita and supporting it, so they won’t demolish it, because we fought for three years,” said Cordova’s daughter and Whittier student.

Following the 2010 sit-in, the community says two different superintendents, first Ron Huberman, then Jean-Claude Brizard, agreed that La Casita would not be torn down. Instead, it would be rented to the community for $1 a year. But the community had to agree to make the necessary repairs.

The sit-in ignited support from activists around the country fighting for local control of schools. Thousands of books were donated for a new library. But a final contract was never signed with CPS and no repairs were ever made.

CPS says a report from a structural engineer last week found the building unsafe. A CPS spokesman would not respond on-camera today but issued this statement:

“Due to its advanced state of deterioration and unsafe conditions, CPS took immediate action on the Whittier Field House before the start of the school year as we could not afford to risk the threat of harm to children or community members.”

Ald. Solis says he knew about the proposed demolition last Thursday but did not notify the community.

“Because of previous experiences with the group, the last one being when we tried to do some work in the school, to construct a room for a library and they had protested it, I knew that it wouldn’t be received well,” said Solis. “And, at the same time, my big priority is the safety of the kids and the parents, and the people in the neighborhood.”

But it was the surprise teardown that angered community organizer Nelson Soza. He sees it as indicative of the way CPS interacts with the community.

“This is just another symbol, perhaps a big symbol of the gutting of public education in the city. We have seen 50 schools close, we have parents disenfranchised. We have people telling the public schools all the time what needs to happen, and then they turn around and they just do whatever they want anyway,” said Soza. “And this is exactly why CPS has zero credibility, nobody trusts them, and this is why we need a democratically elected Board of Education.”

With La Casita gone, CPS says it will immediately begin work on a new playground, and an artificial turf soccer field that will serve the entire community. Ald. Solis says he plans to hold community meetings next week to present the new plans. 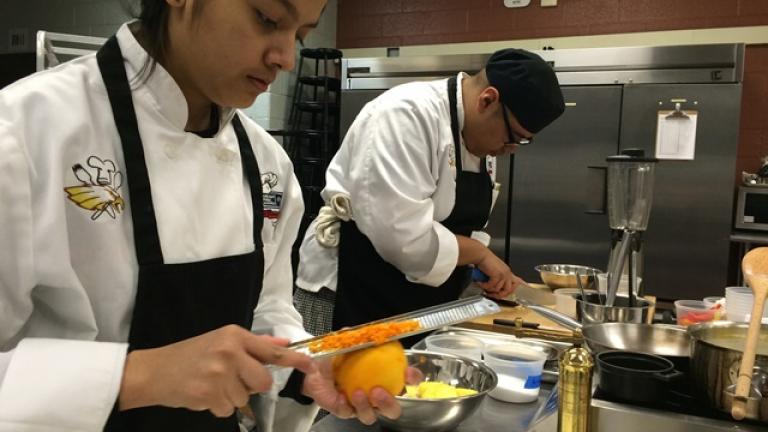 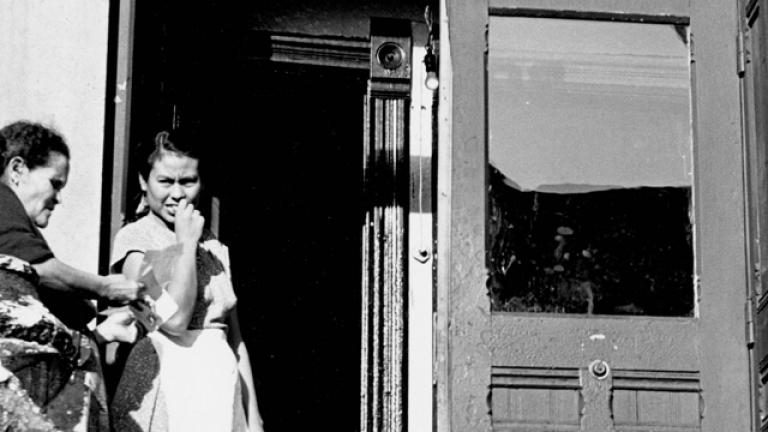 "Brown in the Windy City"