Almost half of Metra's board is now vacant and some transit officials are now worried that the agency may soon become paralyzed. The fifth board member to quit submitted his resignation to Cook County Board President Toni Preckwinkle on Thursday.

Quinn issued an order to create the Northeastern Illinois Public Transit Task Force, an independent panel of transit, finance and government leaders. The 15-member task force will issue recommendations to reform the mass transit system in northeastern Illinois, according to a release from Quinn's office.

Initial recommendations will be provided to Quinn and the llinois General Assembly before the fall veto session, and the task force will issue a final report by January 31, 2014.

Read more about all the members: 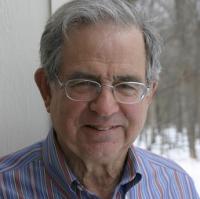 Co-Chair George Ranney Jr. is President and CEO of Metropolis Strategies. A graduate of Harvard College and the University of Chicago Law School, he served as Deputy State Budget Director under Governor Richard B. Ogilvie and was the chairman of the task force which led to the creation of the Regional Transportation Authority. A trustee of the John D. and Catherine T. MacArthur Foundation from 1991 to 2005 and an emeritus trustee at the University of Chicago, George Ranney is the former Chair and Chief Executive of Prairie Holdings Corporation, the firm which developed Prairie Crossing, a nationally recognized conservation community in north suburban Grayslake. He has served in various capacities for Inland Steel Industries, include Vice President for Raw Materials and General Counsel. In addition, Mr. Ranney is senior counsel to Mayer Brown LLP. He has worked for a number of civic and non-profit organizations including Chicago Public Television (WTTW) and the Field Foundation of Illinois and lives in Grayslake. 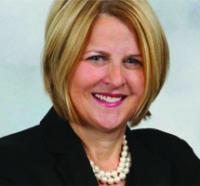 Carole L. Brown is currently a Managing Director at Barclay’s Capital. For more than six years, Brown served as Chairman of the Chicago Transit Authority Board, a position she held through September 2009. A native of Baltimore and a 1986 graduate of Harvard University, she went on to attend Northwestern University’s Kellogg Graduate School of Management, where she received a Master’s in Management in 1989. She lives in Chicago.

Patrick Fitzgerald is the former United States Attorney for the Northern District of Illinois whose impressive work prosecuting governmental corruption has protected the public interest. As a partner at Skadden, Arps, Slate, Meagher & Flom LLP and Affiliates, he serves as an experienced investigator whose practice focuses on internal investigations, government enforcement matters and civil litigation. Fitzgerald has received numerous honors for his more than 20 years in public service including the Justice John Paul Stevens Award from the Chicago Bar Association. He was previously named “Lawyer of the Year” by The National Law Journal. A graduate of Amherst College, he holds a J.D. from Harvard Law School. He lives in Chicago.

Robert W. Guy is the Illinois State Legislative Director for the United Transportation Union (UTU). Guy graduated from Western Illinois University in 1991 with a Bachelor of Arts degree in broadcast journalism. In 1996 he was elected UTU #234’s Local Legislative Representative and was reelected in 1999 and 2003, becoming State Director in 2009, where he has focused on expanding Amtrak service, working on safety legislation, and other issues. He lives in Springfield.

Adrienne M. Holloway is an Assistant Professor of Political Science at DePaul University’s School of Public Service. She has more than 10 years of experience in the housing and community development industries. Dr. Holloway received her Ph.D. from Northern Illinois University, her Master’s in Public Administration from Baruch College, City University of New York and her B.S. in Psychology from Fordham University. She serves on the Aurora Hispanic Heritage Board. She lives in Aurora. 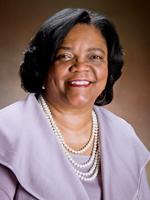 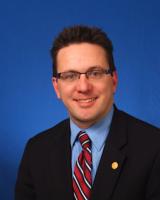 Nick Palmer is the Chief of Staff for Will County Executive Larry Walsh and oversees all the departments under the Executive branch of county government. In one of the fastest growing counties in the state, Palmer has pushed for greater transparency of county government and greater accountability of taxpayer dollars. Palmer serves as chairman of the Will County Integrated Criminal Justice Ad-Hoc Committee and initiated a Coordinated Paratransit effort in eastern Will County. He has advocated for expansion of transit services to underserved areas of Will County. He lives in Bolingbrook. 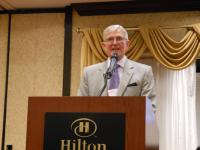 Tony Paulauski is the Executive Director of The Arc of Illinois, a grassroots organization that advocates on behalf of individuals with disabilities and their families. Paulauski, a native Chicagoan, also serves on numerous boards and committees including the Governor’s Disability Services Committee. He was appointed Chairman of the Pace Blue Ribbon Committee on Paratransit. He is a graduate of Northern Illinois University, where he majored in Special Education. He lives in Tinley Park. 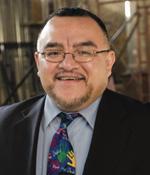 Raul Raymundo is the Executive Director of the Resurrection Project, an organization dedicated to creating healthy communities through organizing, education and community development. He is currently a member of the Executive Council of Chicago’s Metropolis 2020. Raymundo also serves on several boards, including Chicago Metropolitan Development Association and WBEZ 91.5 FM Public Radio. He is a resident of Chicago. 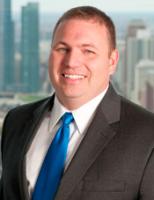 Robert G. Reiter, Jr. is the Secretary-Treasurer of the Chicago Federation of Labor (CFL). He is a third-generation member of the International Union of Operating Engineers Local 150 and previously served as an organizer, business representative and field attorney responsible for negotiating collective bargaining agreements. He holds a juris doctor from the Chicago-Kent College of Law. He is a resident of Orland Park. 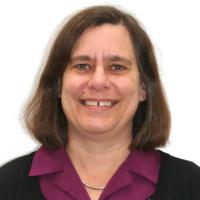 Don Tantillo is a retired high school teacher and debate coach who worked at Wheeling High School in Northwest Suburban District 214 for 30 years. He grew up in Chicago and earned an undergraduate degree from Northern Illinois University and a Master’s degree from Northeastern Illinois University. Tantillo was honored in 1992 at the White House as one of two outstanding teachers from Illinois. Tantillo drove a CTA bus while earning his college education. He lives in McHenry.

Kathryn Tholin is CEO of Center for Neighborhood Technology, where she directs and oversees CNT’s research, demonstration and policy development. Tholin has more than 25 years of experience in program management, policy development, and research on a wide range of community development, environmental and energy issues. She is also a founder and board member of the Chicago Community Loan Fund. She lives in Chicago.

Sonia Walwyn is a Vice President of Duff & Phelps, LLC, and a member of the tax services group with over 25 years experience assisting clients in maximizing their overall savings and business efficiency across all industry sectors. She earned an LLM in taxation from Villanova School of Law in 2000 and a J.D. from Dickinson School of Law in 1988, and holds a B.S. in accounting from Elizabethtown College in Pennsylvania. She lives in Naperville.

Yasmin Rammohan and Hope Holmberg contributed to this report.