Memorial Day is nearly upon us, and for many that means a long weekend filled with cookouts with family and friends, and hopefully, plenty of relaxation. But should you forget why we have Monday off work, head downtown Saturday to Chicago’s annual Memorial Day Parade to pay your respects to the men and women who have made the ultimate sacrifice to defend our nation. The parade has run through Chicago’s streets since 1870 and today, is one of the largest Memorial Day parades in the country. The celebrations begin at 11:00 am Saturday with the Wreath Laying Ceremony at the Eternal Flame on Daley Plaza, at the intersection of Dearborn and Washington. This year, former Secretary of Defense and CIA Director Leon Panetta is the parade’s Grand Marshall, and will participate in the Wreath Laying Ceremony. The actual parade begins at noon at State and Lake Streets, and heads south on State towards Van Buren. To learn more about the parade and to get directions, click here.

With the Bulls eliminated and the Blackhawks on playoff life support, sports fans are nearing the dreaded summer dead zone on the sports calendar – the period between the end of the NBA season and the start of football, with only baseball to tide us over until the fall. If you’re already having withdrawals, head down the road to the University of Illinois at Urbana-Champaign for the 2013 NCAA Division-1 Singles and Doubles Tennis Championships this weekend. The round of 16 begins today for both the men and women, and the action continues all weekend, culminating with the championships on Monday. Match play begins at noon Saturday, Sunday and Monday, and single day general admission tickets get you access to all of the action at the Khan Outdoor Tennis Complex. Tickets are priced at $10 for the public and just $8 for children. For a full tournament schedule and to purchase advance tickets, click here. 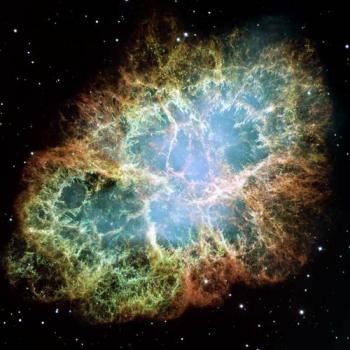 Cosmic Wonder at the Adler Planetarium

Unless you’re an astronaut, it’s the closest most of us will ever get to interstellar travel. Inside the Grainger Sky Theater, the Adler Planetarium’s new show, Cosmic Wonder, takes visitors on a visual thrill-ride that traces the human quest to understand the night sky, constellations and galaxies far, far away. Gazing up at the world’s most technologically advanced dome theater, viewers will experience high-res images captured by the Hubble Space Telescope, fly through the spectacular Crab Nebula, and observe active star formation. Cosmic Wonder will run daily through April 1, 2014, and the show lasts approximately 30 minutes. The Adler’s premium pass is the best way to experience Cosmic Wonder: an adult general admission ticket is priced at $28, and gets you access to all exhibits at the planetarium, along with admission to Cosmic Wonder and one other sky theater show. Children’s premium passes are priced at $22. To learn more about Cosmic Wonder, view showtimes and purchase advance tickets, click here. 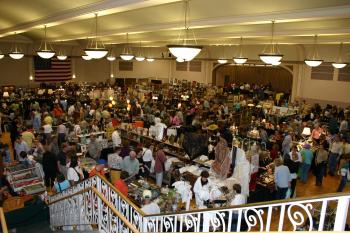 Featured in Travel and Leisure, the New York Times and other publications, Chicago’s famous Randolph Street Market Festival returns to the West Loop this weekend. Comprised of the Chicago Antique Market, the Indie Designer Market and others, the European-style indoor-outdoor market has something for everyone, with over 200 vendors offering antiques, vintage clothing and jewelry. If antiques aren’t your thing, this year’s market even includes a vinyl swap for music fans to trade and stock up on rare LP’s, and a global foods bazaar. The market is open from 10:00 am to 5:00 pm on Saturday and Sunday. General admission tickets are available for $8 in advance, or for $10 at the gate. For more information on the market and to purchase advance tickets, click here.

Vacant lots, crumbling buildings – Chicago, like many other major American cities, has no shortage of these forgotten places. But for the last 21 years, artist and photographer Xavier Nuez has sought to capture these scenes of urban decay. Nuez has faced considerable obstacles along the way, including run-ins with armed gangsters and police searches. Using a 50-year old Hasselblad camera, 30-minute exposures and multicolored lights, Nuez literally and figuratively sheds new light on these bleak places. An exhibition of his photographs titled Alleys and Ruins is now on display at the Instituto Cervantes downtown. The series has been called “a masterpiece” by the New York Times. Exhibit hours are from 9:00 am to 7:00 pm Monday through Thursday; 9:00 am to 5:00 pm Friday; and 9:00 am to 1:00 pm Saturday. The exhibit is on display through July 8, 2013 and admission is free. To learn more about Nuez and the exhibit, click here.