"The Way of the Knife"

Pulitzer prize-winning author Mark Mazzetti discusses his new book where he asserts that the CIA has evolved from an intelligence-gathering agency into a man-hunting and killing machine on Chicago Tonight at 7:00 pm. Read an excerpt from The Way of the Knife:

“Certainly we don’t need a regiment of cloak-and-dagger men, earning their campaign ribbons—and, indeed, their promotions—by planning new exploits throughout the world. Theirs is a self-generating enterprise.” —Senator Frank Church, 1976 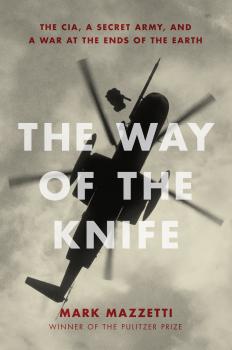 There was a time, not very long ago, when the CIA was out of the killing business.

When Ross Newland joined the spy agency, in the late 1970s, the CIA wasn’t looking to pick any fights abroad. Newland was fresh out of graduate school, and the CIA was reeling from the body blows it had absorbed from congressional committees that had investigated the agency’s covert actions since its founding, in 1947. Congress was tightening its control over secret activities, and chastened CIA leaders began to refocus the agency’s activities on stealing the secrets of foreign regimes—traditional espionage—rather than overthrowing them or trying to kill their leaders.

President Jimmy Carter, who had campaigned to put an end to the CIA’s overseas adventures, had installed Admiral Stansfield Turner at Langley partly to rein in a spy agency he thought had run amok. Newland and a generation of CIA case officers who joined the agency during this period were told that the CIA would only invite trouble if it got back into the work of killing. By the end of his career, Newland would see the agency come full circle on the matter of lethal action, and he would come to question the wisdom of the CIA’s embrace of its role as the willing executioner of America’s enemies.

The CIA had been established with a relatively simple mission: collect and analyze intelligence so that American presidents could know each day about the various threats facing the United States. President Truman had not wanted the agency to become America’s secret army, but since a vague clause in the National Security Act of 1947 authorized the CIA to “perform such other functions and duties related to intelligence affecting the national security,” American presidents have used this “covert action” authority to dispatch the CIA on sabotage operations, propaganda campaigns, election rigging, and assassination attempts.

From the start, critics questioned whether the United States needed a spy service separate from the Defense Department. In defending the agency’s independence, CIA directors have pointed out what they have that the Pentagon does not. It has a cadre of undercover officers who can carry out covert missions overseas where the hand of the United States is hidden. The CIA answers directly to the president, the argument goes, and can carry out his orders more quickly, and more quietly, than the military. The residents of the Oval Office have turned to covert action hundreds of times, and often have come to regret it. But memories are short, new presidents arrive at the White House every four or eight years, and a familiar pattern played out over the second half of the twentieth century: presidential approval of aggressive CIA operations, messy congressional investigations when the details of those operations were exposed, retrenchment and soul-searching at Langley, criticisms that the CIA had become risk-averse, then another period of aggressive covert action. Sometimes the cycle began at the very start of a presidency. During his first week in office, President John F. Kennedy told his advisers he didn’t believe that the CIA was aggressive enough in Vietnam and set in motion a secret war against Hanoi that would eventually become the largest and most complex covert action of its time. 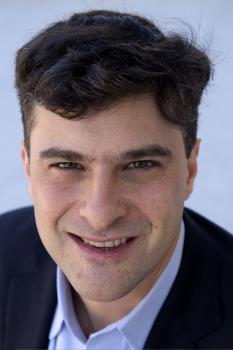 The CIA’s ambivalence about carrying out assassinations went back to the spy agency’s predecessor, the Office of Strategic Services. Created in 1942 under the leadership of its fierce commander, William J. Donovan, the OSS was a paramilitary organization first, espionage service second. Donovan’s “glorious amateurs” spent much of World War II sabotaging railways, blowing up bridges, and arming Nazi resisters throughout the European theater. Still, even Donovan got cold feet at the end of the war about a program to train assassins to kill Nazi leaders. By 1945, the OSS had trained about one hundred Wehrmacht deserters to hunt down German leaders—from Adolf Hitler and Hermann Göring down to every SS officer above the rank of captain. For those organized killings, the agents working for the “Cross Project” would be paid two hundred dollars per month. But the teams were never sent into Germany; Donovan wrote to his staff that such a “wholesale assassination” program would “invite only trouble for the OSS.” Instead of killing top Nazis, Donovan said that they ought to be kidnapped and interrogated for intelligence. The war ended before any kidnappings could take place.

Decades later, the Senate committee led by Frank Church, of Idaho, had originally intended to look only at domestic abuses by the agency, such as illegal wiretaps. But in early 1975, President Gerald Ford made an offhand comment to reporters, saying that if investigators dug deep enough, they might uncover a number of CIA attempts to assassinate foreign leaders. When his remarks went public, the Church Committee made assassinations the principal focus of its hearings.

For six months, senators heard about plots to kill Patrice Lumumba, in the Congo, and to position an exploding seashell near where Fidel Castro snorkeled in Cuba. The iconic image of the hearings came when committee members passed around a pistol that the CIA had built to shoot poison darts and Senator Barry Goldwater pointed the gun into the air as he looked through its sights. CIA director William Colby tried to make clear that the weapon had never been used, but the image endured. Before the committee had even wrapped up its work, President Ford signed an executive order banning the government from carrying out assassinations of foreign heads of state or other foreign politicians.

If anything, President Ford’s assassination ban was his attempt to put limits on his Oval Office successors, to prevent future presidents from being too easily drawn into black operations. The Church Committee pointed out that, for all the CIA’s questionable activities during its early decades, it was always the White House encouraging reckless operations like coup attempts and killing foreign leaders. The CIA offered secrecy, and secrecy had always seduced American presidents.

As Senator Church wrote in his committee’s final report, “once the capability for covert activity is established, the pressures brought to bear on the President to use it are immense.” Church questioned whether America even needed the CIA at all. Instead of keeping a “regiment of cloak-and-dagger men” at the president’s disposal, Church believed that the State Department would be more than capable of taking on covert operations if the need arose but should do so only in the case of dire emergency, perhaps to “avert a nuclear holocaust or save a civilization.”