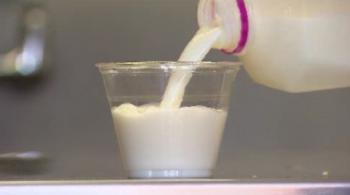 A trip to the grocery store means stocking up on food staples. For some shoppers, especially those with food allergies and sensitivities, it can also involve a lot of reading.

One ingredient that some consumers are starting to look for is an additive called carrageenan. And though it's been used in processed food for decades, a controversy is brewing over its potentially toxic health effects.

“Carrageenan is a very commonly used food additive. It's derived from red algae, so in that way it comes under the heading of a natural product, which sometimes people think makes it safe,” said Dr. Joanne Tobacman.

The additive is mostly used as a thickening agent that helps with the texture in products ranging from yogurt and milk, to shoe polish and paint.

Dr. Tobacman is an Associate Professor of Medicine at the University of Illinois at Chicago and has been studying how carrageenan additives affect the digestive tract. She’s found that carrageenan causes inflammation in animal cells.

“I think we are only scratching the surface, so far, in our understanding of how inflammation relates to a wider variety of human diseases, including diabetes, and atherosclerosis, and cancer,” she said. “And if carrageenan is ingested daily, and at a level that causes inflammation, such as we have seen in our cells and in our animal models, then there's a continual advancement of inflammation related to carrageenan intake that's completely avoidable.”

In March, the Cornucopia Institute, a Wisconsin-based nonprofit advocacy group, published a report titled “Carrageenan: How a ‘Natural’ Food Additive is Making Us Sick.”

The report calls on the food industry to remove the additive from food, saying that: “Animal studies have repeatedly shown that food-grade carrageenan causes gastrointestinal inflammation and higher rates of intestinal lesions, ulcerations, and even malignant tumors.”

Europe's regulatory agency has already banned its use in infant formula. But the FDA remains unconvinced. In 2008, Dr. Tobacman filed a petition to have carrageenan restricted from use in food. But, four years later, that petition was denied and the additive continues to be considered what the FDA calls “generally recognized as safe.” 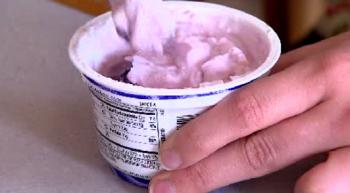 Robert Brackett is Director of IIT's Institute for Food Safety and Health, a public-private collaboration with the Food and Drug Administration. Brackett also used to work for the FDA.

“It's really about regulatory philosophy. If you look at the scientific results, either evaluation in Europe or in other countries, they all come to the same conclusions, which is we have no reason to say it's not safe,” said Brackett. “But, in the case of Europe, they have a philosophy known as the ‘precautionary principle’ which says if there's not enough scientific data to say one way or the other, we're going to say no. And that's what’s happened there. They don't believe that it's unsafe, but they don't have data to show that it is safe either.”

Still, Dr. Tobacman questions not only the methodology of the FDA evaluation but the research it used as a basis for rejecting her petition.

“That evidence that the FDA reviewed and may continue to review is largely provided by the food manufacturers who clearly have less interest in defining ill effects than proving safety,” said Tobacman.

So, she is conducting clinical research in humans to provide new data on the effects of carrageenan on the gastrointestinal system. The trials were designed by Dr. Stephen Hanauer, a professor of medicine and Chief of Gastroenterology, Hepatology and Nutrition at the University of Chicago. 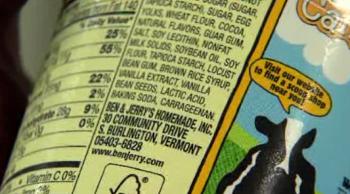 “We are looking at patients who already have ulcerative colitis, who are stable and in remission, meaning they don't have any symptoms,” said Hanauer. “We are asking all of those individuals who enroll in this trial to avoid carrageenan. And that's really hard. Because it's in almost every processed food that we have. So you really have to go to a rigid food diet, eating fruits, vegetables, meats, and things that are not canned. So we put everyone on the diet and then we actually give small amounts of carrageenan in a pill or a placebo pill to individuals, to see whether or not the carrageenan activates or causes worsening of the symptoms in these very stable patients.”

And so, as the clinical trials continue, Dr. Tobacman says her opposition to its use in food products grows stronger and her message to consumers remains clear.

“I think it's a matter of reading labels and making perhaps some different food choices,” she said. “I think, in general, the same foods can be available without carrageenan, if people make the effort to avoid it.”

Visit the PDFs below to read the full Carrageenan report, along with Dr. Tobacman's petition, the denial and more. 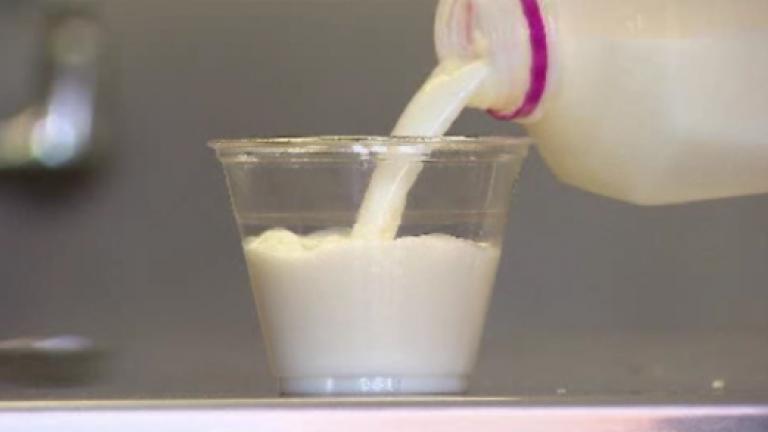