How the U.S. Has Undermined Peace in the Middle East

President Obama and Secretary of State John Kerry are trying to get new peace talks between Israel and Palestinians “off the ground,” Kerry said last week. Urgency for talks has increased recently, as Kerry told Congress that progress needed to be made within two years to ensure a two-state solution.

But Rashid Khalidi, professor of modern Arab studies at Columbia University, is not optimistic any talks involving the U.S. as a mediator will result in lasting peace. The U.S.-brokered talks that have become the norm have consistently been weighted to Israel's advantage, he says, and have made resolution increasingly unlikely. In his latest book, Brokers of Deceit: How the U.S. Has Undermined Peace in the Middle East, Khalidi says America’s claim that it is an “honest broker” is undercut by its deference to Israel during negotiations. He joins us on Chicago Tonight at 7:00 pm.

We spoke with Khalidi to discuss his book, and with former Israeli ambassador to the United States (1992-1996), Itamar Rabinovich. You can also read an excerpt of Khalidi’s book in the PDF below. 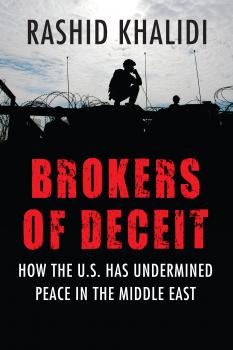 Your title, Brokers of Deceit, calls out America’s role in the mediation process. You say this country has been disingenuously claiming “to be working for peace between [Israel and Palestine].” If we are not working towards peace, what do you see as our long term goals in the conflict?

Rashid Khalidi: They’re trying to not rile the Israelis because there’s no domestic political support in doing what needs to be done. If you talk about two equal parties, and not a situation where one side has its boot on the other’s neck, if you start from false assumptions, which most American politicians do, nothing is possible to solve this problem.

Do you see America as trying to actively prolong the current state of affairs?

RK: That’s not the goal but that’s the result. They putter around the edges. They don’t want to do anything about the big stuff, or they think they can’t.

One book review summarized Brokers of Deceit by calling it “despairing--[Khalidi] sees no way out.” Is that an accurate depiction of the way you view the current situation in Israel?

RK: It’s accurate in so far as what’s [on the table] is concerned. I think there’s a set of unrealistic things being discussed which cannot produce anything but the status quo and that's all they ever will produce.

You say America should be disqualified from being the intermediary between these two antagonists because of its stated allegiance with Israel. Is there another power that could mediate between the two?

RK: The U.S. insists no one else is qualified because they want to preserve the status quo. And Israel says it won’t accept anyone else. All but about five countries in the United Nations would do a better job. Most of Latin America, Turkey, I could list five dozen countries. They wouldn’t be terribly good, but they’d be better. But this isn’t a worthwhile discussion to have, because it would never happen.

I would push back a little bit and say many countries probably wouldn’t do a very good job. Because in addition to being impartial, which is what you say America lacks, they would need to have enough power to be seen as a serious mediator. Mexico, for instance, would probably not be effective. 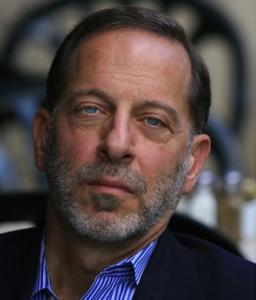 RK: Yes, ideally they should have leverage. They should have an interest, and they shouldn’t have close ties to either side. America has leverage and it is interested, but it is not unbiased. Right now, it’s as if there are two Israels at the table.

You say at the 1993 Oslo Accords, America would defer to Israel on most key issues. You were an advisor to the Palestinian delegation during negotiations in Washington, DC in 1991.  Few have been a part of that type of process, and I was wondering how they play out. Do both sides meet together to discuss the plan, do they present finished proposals and have America sift through them and suggest compromises, do they just use America as an intermediary, etc.?

RK: All of the above. You have meetings between the sides. Sometimes they’re back-door discussions. And then Israel has constant consultations with America on a whole host of issues. And Palestinians will talk with Americans. And Americans will also be there when the two talk. And America will also use its Middle Eastern channels to browbeat Palestine.

You write in the book that “[President] Truman does not seem to have been concerned about what might happen to the Palestinians as a result of his support for partition of their country and for the establishment of Israel.” Could you put Truman on a spectrum on how American presidents viewed the plight of Palestinians?

RK: The Eisenhower administration paid a little bit of attention to this. The next administration that was concerned about Palestinians was Carter’s, followed by H. W. Bush’s. But in each case, within limits. The blanket statement I made stands. No one made this a primary concern.

If, as you say, America is not truly seeking a peaceful resolution to the conflict and Israel won’t tolerate anyone else as a mediator, what can Palestine do about what you call the active collusion between American and Palestine?

RK: I don't have a crystal ball and I’m not a political scientist. I’m a historian. But the Palestinians might get their act together, which they haven’t in recent past. They need to unify their national movement and get a strategy. They need to resolve the divisive, destructive Hamas split.

It would require stable, Democratic governments in Arab countries. That’s a strength Israelis have. They can say, “I can’t get this through the Knesset. Screw you.” And that’s true. And you don’t have that anywhere in the Arab world. The governments don’t need to be defiant to the United States, they just need to stand up for their own interests. We’re talking about American allies.

Ambassador Rabinovich, one of the claims of Mr. Khalidi’s book is that the United States' close ties with Israel should disqualify it from mediating peace talks. Can the U.S. be trusted by Palestinians given this relationship? 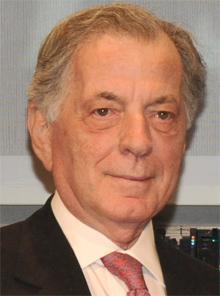 Itamar Rabinovich: I will argue that the United States has a very close relationship with Israel, but also with Saudi Arabia and Egypt, a huge investment in the future of Egypt. It is the only power that can be a broker in the Middle East. It brokered peace between Israel and Jordan, the Oslo Accords, with Israel and Palestinian Liberation Organization. The record speaks to that.

The U.S. is not deceiving anyone. It’s not telling the Arabs we will do for you X or Y and then doesn’t do it. In 40 odd years of peacemaking, there have been some slips, but casting the accusation of deceit is unwarranted.

But American presidents have pledged unwavering support for Israel and Israelis in the past, stronger words than they’ve used for Palestinians. Would another country, say Switzerland, be a more effective mediator?

IR: The point is the U.S. is not a mere mediator. It is the underwriter. It is the only power that has the economic and military clout to act on an infringement of an agreement. If you look at the ups and downs of the Israeli-Egyptian peace, the fact the U.S. was a part of the deal is an essential part to Egypt keeping up the treaty. If it were Switzerland or Norway, that might not have been the case. The Israeli people will not trust any European country with their security, but it will with the United States, up to a point. It’s the only one who can do it, and is willing to do it.

Another point Mr. Khalidi makes is that Palestinians will have a much stronger bargaining position once there are more stable, Democratic states in the Middle East. Then Arabs would be able to exert pressure on the U.S. to be more equitable, which is not possible now given their autocratic leaders. How do you envision such developments would impact peace talks?

IR: From an Israeli point of view, we would also want a Democratic Arab world. We need Democratic neighbors to have lasting, stable peace. The Arab Spring unfortunately deviated in other directions. The people who toppled Mubarak were not hoping for the authoritative Muslim Brotherhood. This is a hypothetical argument, but I’m happy to be on the same side of the argument. Real democratization of the Arab world is something I’ll be cheering for.

Interviews are condensed and edited.