The Remarkable Life and Turbulent Times of Joseph P. Kennedy

He was the head of one of the country's most prominent political families -- some would say, America's version of royalty. But even if Joseph Kennedy had not set the Kennedy dynasty in motion -- his latest biographer writes -- his story would still be worth telling: Wall Street tycoon, Hollywood mogul, notorious womanizer, ambassador, advisor to presidents.

David Nasaw is author of the new book, The Patriarch: The Remarkable Life and Turbulent Times of Joseph P. Kennedy, and joins us on Chicago Tonight at 7:00 pm. Read an excerpt from his book:

Joseph P. Kennedy was a man of boundless talents, magnetic charm, relentless energy, and unbridled ambition. His life was punctuated by meteoric rises, catastrophic falls, and numerous rebirths, by cascading joys and blinding sorrows, and by a tragic ending near Shakespearean in its pathos. An Irish Catholic from East Boston, he was proud of his heritage but refused to be defined by it. He fought to open doors that were closed to him, then having forced his way inside, he refused to play by the rules. He spoke his mind — when he should not have. Too often, he let his fears speak for him. He was distrustful, often contemptuous of those in power — and did not disguise it. His anger and his hatreds were legendary, especially at those whom he believed had betrayed him.

For the last thirty years of his life — and for more than four decades since his death — Joseph P. Kennedy has been vilified and dismissed as an appeaser, an isolationist, an anti-Semite, a Nazi sympathizer, an unprincipled womanizer, a treacherous and vengeful scoundrel who made millions as a bootlegger and Wall Street swindler, then used those millions to steal elections for his son. Tales of his immoralities, his mischiefs, and his criminal associations have multiplied, one on top of the other, until they have pushed into the background every other aspect of his and his family's remarkable story. That there is some truth to these allegations is indisputable, but they tell only part of a larger, grander, more complicated history. 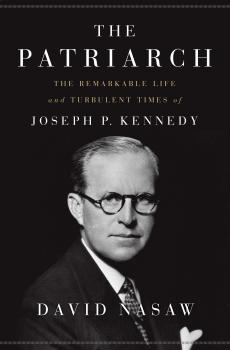 Joseph P. Kennedy grew up the pampered son of a powerful and respected East Boston ward leader and businessman, then crossed the Inner Harbor to Boston Latin, where he led a near charmed life as a star athlete, class president, and boyfriend of the mayor's very pretty daughter. On graduation, he crossed another body of water, to Cambridge and Harvard College, where, as an Irish Catholic, he found himself for the first time in his life the odd man out.

There were no tortuous journeys of self-exploration. By the time Joe Kennedy left college, he knew who he was: the smartest man in the room, the one who would come out ahead in every negotiation he entered into. His ambition was to secure a place in a major Boston bank or financial house, but such positions, he discovered on graduation from Harvard, were reserved for "proper Bostonians," not the sons of East Boston Irish Catholic ward leaders. He made the best of the situation by getting a civil service job as an assistant bank examiner. At age twenty-five, he was named president of the East Boston bank his father had helped found. He could have remained there and made a healthy living for himself and his rapidly growing family, but he wanted more and had to leave Boston to find it.

During the 1920s, he was a major player in the nation's fastest growing industry, moving pictures, and one of the few Irish Catholics to own or run a studio. The Hollywood he encountered was not a dream factory. It was a town and an industry focused on raising money to finance the transition to sound and organizing itself to repel attempts at censorship. Kennedy arrived as the head of a minor debt-ridden studio and positioned himself as a non-Jewish white knight who would rescue the industry from those who questioned its taste and its morals. He promised to apply a banker's good sense to making pictures: to cut production costs, raise studio profits, and boost share prices. His rise was meteoric, but he reached too far and traveled too fast. After only a few years in the industry, he retired — with Gloria Swanson as his mistress and millions of dollars in stock options.

Trusting no one, with no allegiance to any industry or firm or individual or place, he made a fortune in Hollywood, then in New York, buying and selling options, stocks, and bonds in the companies he managed or with which he was associated. Recognizing that the market was oversold, he anticipated the crash of October 1929, shifted the bulk of his fortune into safe havens, then made millions more by selling short into a falling market.

A multimillionaire by the age of forty, his outlook on the world was transformed in the early years of the Depression from one of hopeful expectation to an almost unshakeable pessimism. His fears for the future of capitalism should the Depression deepen prompted him to abandon the private sector in 1932 to campaign for Franklin Roosevelt's election as president. A conservative banker and stock trader with no experience in national politics, he was the odd man out on the campaign trail and, later, in New Deal Washington. But he forced his way inside. Few government appointments have been as universally condemned as was President Roosevelt's choice of Joseph P. Kennedy, a Wall Street operator, to be the first chairman of the Securities and Exchange Commission in 1934. And few were as universally acclaimed as Kennedy's was within months of his assuming his post. His years in Washington as chairman of the SEC, then chairman of the Maritime Commission, were marked by triumph, his reputation as a nonpartisan, truth-telling miracle worker enhanced to the point where he was prominently mentioned as a possible presidential candidate.

He was rewarded for his service in Washington with appointment as ambassador to the Court of St. James's. The first Irish American to be named to London, with no experience whatsoever to prepare him for the post, he was an outsider again, but this time he reveled in it. His grand successes in business and in government had boosted his already considerable confidence in his own judgment and his understanding of global economics. He would speak the truth as he saw it — and be saluted for it. He would, he was sure, triumph in London, as he had in Hollywood, on Wall Street, and in Washington. He was wrong. Driven, nearly obsessed, by fears that the war on the horizon would, if not prevented, deepen the depression, weaken capitalism and democracy, endanger the fortune he hoped to hand over to his children, and threaten the lives of a generation of young men, including his older boys, and convinced that no one in Washington understood the extent of the danger or how to deal with it, he set his own diplomatic agenda, violated State Department directives with impunity, and dedicated himself to preserving the peace — single-handedly, if necessary.

Already an outlier, he courted new criticism in Washington and London, first as a toady for Prime Minister Neville Chamberlain and the Cliveden set, then as a defeatist, a loud-mouthed Cassandra who believed the Nazis would easily conquer Europe and Great Britain. He returned to Washington in disgrace. He tried to be of service to his country after Pearl Harbor, but there was no place for him in the Roosevelt administration that he believed worthy of his talents. He took little joy at the cessation of hostilities — his family's sacrifices had been too great. In the postwar period, his pessimism became more corrosive still, as did his conviction that he had been right all along to oppose the war against the dictators. He stridently, proudly, renewed his calls for appeasement, this time of the Soviet Union, and for isolation from rather than engagement in the world outside the western hemisphere, and did all he could to provoke a "great debate" on the wisdom of fighting a cold war that, he feared, might turn hot at any moment.

Had Joseph P. Kennedy not been the patriarch of America's first family, his story would be worth telling. That he was only adds to its drama and historical significance. His primary goal, as a younger man, was to make so much money that his children would not have to make any and could devote their lives to public service. He accomplished that much before he was forty. He took his role as the parent of nine seriously. He was an active, loving, attentive, sometimes intrusive father. He pushed his children forward, gave them advice whether they solicited it or not, gently chided them to do better, taught them to rely on one another, that family was sacred. He raised them to be as confident and as stubborn as he was, and as relentlessly optimistic as he was pessimistic — and, for the most part, they were. They understood his virtues and his vices, adored him for who he was. And they learned to push back, to make their own decisions, including ones he disagreed with.

The Kennedy children would complete the journey from Dunganstown, Ireland, to East Boston to the pinnacle of American political power and social prominence that their father had begun. He would glory in their political and personal triumphs. But the sorrows he endured as a father were as intense as the joys. All his life, he feared for his son Jack, who nearly died of scarlet fever at age two, was continually ill as a child and young man, and was debilitated by pain as an adult. And he feared for his eldest daughter, Rosemary, who, despite the best care his money could buy, never found her way. In the fall of 1940, recognizing that there was no cure for her retardation but advised that a simple operation might make it easier for her to live with it, he arranged a lobotomy that went horribly wrong. In August 1944, almost four years after Rosemary's operation, he suffered the greatest tragedy of his life when his eldest son and namesake, Joseph P. Kennedy, Jr., was incinerated in a bombing mission off the coast of England. In the spring of 1948, his second daughter, Kick, was killed in a plane crash in France. A decade and a half later, after he had been rendered speechless by stroke, he lost two more sons, this time to assassins' bullets.

Excerpted from The Patriarch by David Nasaw. Reprinted with of The Penguin Press. Copyright David Nasaw, 2012.