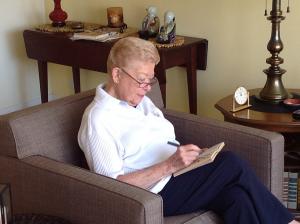 All of us age, of course, but some people seem to do it better than others. And a few people age really well. For those who do, there's a new term to describe them -- SuperAgers. That's the name researchers at Northwestern University came up with to describe seniors in their 80s and 90s whose brains are still functioning at the level of someone much younger. Finding out what keeps their brains from aging could have wide-ranging implications. We met some SuperAgers, who are happily not acting their age.

If there's a secret to Barbara Shaeffer's success, she claims not to know it. But she would like to find out, and so would a lot of other people.

What 85-year-old Barbara is doing is living the life typically associated with someone much younger. Every morning, she finishes off a crossword puzzle, then it’s off to a pulse-increasing jaunt on the treadmill, followed by a very active social life that includes a college course for seniors. Barbara might not be superwoman, but she is what researchers are calling a “SuperAger.”

“You’ve got to get up every day with the idea that, ‘This is going to be a great day.’ I do that, and it’s fine. Do I have down days? Sure. But I don’t have any down days that affect me, essentially. Everything else is fine,” said Shaeffer.

That's due in no small measure to the fact that Barbara Shaeffer's brain appears to have stopped aging about 20 to 30 years ago. While the normal brain of an octogenarian experiences some degree of memory loss and brain cell atrophy, Barbara's brain has practically none of that. 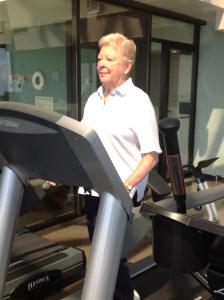 And that's something that has piqued the curiosity of researchers at the Alzheimer's Disease Center at Northwestern's Feinberg School of Medicine. Emily Rogalski launched the study into the brains of SuperAgers. The facility has traditionally focused on what goes wrong with the aging brain. Now they’re also investigating what’s going right.

In other words, Rogalski and her fellow researchers would like to know what prevents the brains of SuperAgers from experiencing normal or even extreme deterioration. To start with, they compared brain scans of an average octogenarian to that of a SuperAger. The difference is stark.

“This is the front of the brain and this is the back of the brain. The red and yellow in this image signify where normal 80-year-olds have lost brain integrity,” said Rogalski. “And then if we take a look at this image, you see that there isn’t any red or yellow. So the SuperAgers haven’t lost any brain integrity compared to individuals 20 to 30 years younger than them.”

Perhaps not surprisingly, superaging seems to be rare. Out of 300 people who initially volunteered for Northwestern's study, only 10 percent qualified, following a battery of tests.

“We ask psychosocial questionnaires about personality, questions about their medical history, and their family history,” said Rogalski. “We ask them to donate blood, and that allows us to ask some genetics questions: are there genetic peculiarities associated with superaging? We ask them to complete an MRI scan, and that allows us to get a three-dimensional picture of the brain, to get an indirect measure of how healthy is their brain, compared to other individuals their age.” 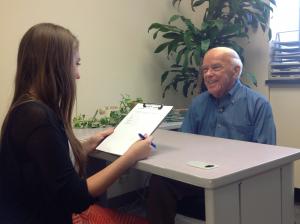 Michael Posig, 87, made the cut. Among the tests he was subjected to was a memory quiz where he was read a list of 12 words and asked to recall as many of the words as he could remember. Posig remembered 8 of them. The ex-Marine comes from a family where longevity is common and he still exercises regularly. But how much that factors into Michael's superaging, researchers aren't ready to say.

“My father lived to be 96, and many of my siblings lived into their 90s. I’ve always kept very active, always taken care of myself,” said Posig. “So, I think the things that I do have kept me going. It’s the people who just sit back and don’t do anything -- their health seems to deteriorate. And actually, I don’t have too many people my age, that are friends, who are still living.”

One of the things asked but not required of the participants in the SuperAger study is that they donate their brains after they die to be further studied. They’ll join other brains collected at Northwestern University, and be compared to see in what ways they might be different.

Whether it's good genes, a good lifestyle or just good luck, researchers say they're still far from discovering what keeps a SuperAger's brain young, especially since the volunteers studied so far don't appear to have a lot in common -- apart from their healthy brains.

“They come from different walks of life, and this might be a good thing, because maybe it says there’s more than one way to becoming a SuperAger,” said Rogalski. “So there might be some individuals where it’s particularly important to lead a healthy lifestyle and that helps you to maintain good brain health; and other individuals, genetics may be playing a stronger role so that you can treat your body a little more roughly and still survive and thrive.”

Unlocking the mysteries behind superaging and possibly discovering how everyone’s brain can remain young is something we can all look forward to.

The SuperAger research study is ongoing at Northwestern's Feinberg School of Medicine, and they're looking for more participants. If you're over 80 and believe you might be a SuperAger, click here to see how you can sign up to be considered for the study. 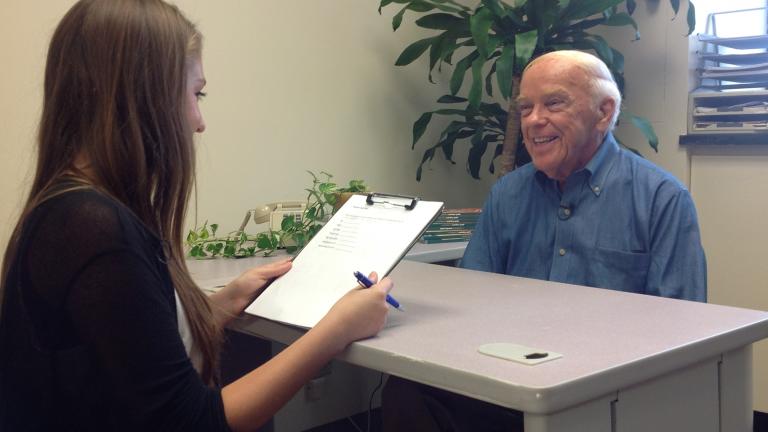