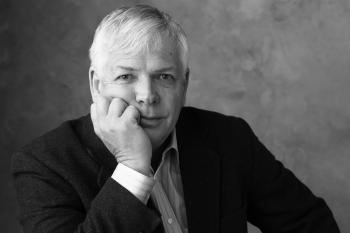 Never Leave Your Block. This may sound like a curious title for Scott Jacobs’ new book, but in some ways this simple statement captures the essence of his narrative. The book – a collection of essays written by the longtime Bucktown resident over the span of 10 years – is based on the idea that if you want to know what’s going on in America, just look at the changes sweeping your own neighborhood.

In Never Leave Your Block, Jacobs carefully chronicles Bucktown’s transformation over the years, as the population shifts from primarily German to Polish to Puerto Rican to what it is today, a diverse milieu increasingly characterized by the young, white, and transient.

Story by story, the former Chicago Sun-Times reporter uses Bucktown as a vehicle to explore larger truths about cities, races, and community in today’s America.

The following is an edited transcript of our conversation with Scott Jacobs.

How did this book come together?
I started writing these pieces about 10 years ago. I have this online magazine – [and] I try to discipline myself to write a story every week. I didn’t set out to write the book. But about a year ago, I realized it could be a book.

I always wanted to do something about neighborhoods. I think neighborhood connections are the fabric to every city. People ought to spend more time figuring out how they fit in their neighborhoods. 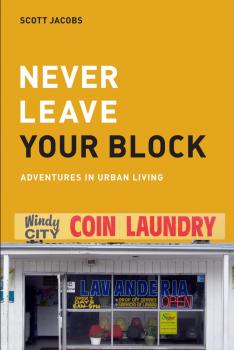 For those who only know the neighborhood of Bucktown on a surface level, how do you describe it?
I think it’s similar to about 20 other neighborhoods in Chicago. It’s middle class, blue collar, and it’s going through a gentrification period. How to maintain diversity? How to build institutions (i.e. schools) that keep people in the city and leaving for the suburbs?

How does the Bucktown you know now square with the Bucktown you used to know, when you moved there in the 1970s?
This neighborhood has gone through 30 years of change. We were ahead of our time [by moving there] in the 1970s. There were gangs, Spanish lords, crime, and a general decline in schools.

In the late ‘80s and early 1990’s, the artists started moving in. They remodeled houses and stuck it out in the neighborhood. Over time, that developed into a strong community.

It’s when people started buying bungalows and tearing them down that things started to change – and not in a good direction. Now, we’re at the back end of that gentrification. We still have a good amount of diversity. But people are moving here and leaving to the suburbs as soon as their children have to be enrolled in school. It’s definitely a concern of the mayor. The wealthy, white population is not setting down roots.

In the book, you talk about a party you once had at a big, old house you shared with friends, with a backyard that opened up under the el tracks. One of the guests at this party was famed author Nelson Algren. Take us back to this night.
In 1974, I went in with some friends and we bought one of those old mansions. It was reasonably inexpensive and, at the time, in no man’s land. Today’s very hip corner of North, Milwaukee and Damen was then a 24-hour drugstore – as in, both legal and illegal drug dealing.

Most of our friends at the time lived east of Halsted. The only person who came from our side of the tracks was Nelson Algren. It was this lovely night in the summer. He spent most of the evening staring at the el, not talking very much to other people. That was who he was – unless he had something to say, he wasn’t the most talkative.

The Bucktown you describe is full of stories and storytellers – like Joe the long-time neighborhood barber, who says he has a whole book in his head but just needs someone else to write it. Do you see yourself in that role, as a scribe for the neighborhood?
I don’t think so. I’m much more the kind of guy who walks around and sees something that strikes my fancy. I say, “Well, this is odd” – and I try to figure out why.

Gentrification is a thread that runs throughout this book. What has it been like to be an observer to this process over the past few decades?
Watching gentrification is watching human nature. We all are who we are. I’m a white guy, and I live here. I’m aware of that. And that’s okay – that’s an element of this community, as are the dioceses across the street and the basketball teams. Regardless, you have to develop a sense of community.

Scott Jacobs joins us on Chicago Tonight at 7:00 pm. Read an excerpt from Never Leave Your Block.

My neighbor—let’s call him Dickon—has a thing for rats, the same thing American presidents seem to have for Osama bin Laden. Except Dickon once spent time in the U.S. Army Special Forces so he is far better equipped to act on it.

Every year about this time, he maps out an elaborate campaign to rid our block of the vile vermin. He starts by posting signs in the alley telling neighbors to keep their garbage bin lids closed. He reminds all the dog owners to clean up after their pet and generally police the area, an expression he picked up from his Army days. He calls the alderman demanding a “rat patrol” clean-up crew from Streets and Sanitation. But when they come, spreading their poison pellets by hand from plastic buckets, he scoffs at them like they are some kind of Cub Scout patrol lost on their way to Earth Day.

For Dickon, poison pellets are no more effective than trying to put out a fire with an eyedropper. Standard rattraps and cages are only slightly better. And that silly high-pitch sound machine I brought back from Home Depot one day? The only thing that scared away was my dog, he told me.

Rats are a wily breed, Dickon notes, far more suited to survive in an urban environment than we are. They can live in warm climes and cold, burrow through cement cracks as narrow as an inch to create nests and tunnels, feed off all manner of human waste, and use it to fuel a year round breeding frenzy.

A rat lives, on average, about three years. But young rats reach sexual maturity after three months; and when they do, it’s Katy, bar the door. The females are capable of having as many as five litters a year, with up to 10 pups per litter. So chances are if you see one rat, you have not seen them all.

I’ve watched Dickon deploy a number of gadgets to eradicate the pests, everything from an electric Rat Zapper to Rodent’s Revenge. The most ingenious was the African bucket trap developed by Zimbabwe wheat farmers to protect their crops.

To make the trap you need a 20-litre bucket, an ear of corn and a thick wire. Once you cut off the ends of the corn, you push the wire through it lengthwise, making sure the corncob can spin freely at the center of the wire. Bury the bucket in the ground, then fill it about 1/5th full of water. Bend the wire and push the ends firmly in the ground.

Every evening, coat the corn with peanut butter, then watch the rats climb out to get it and drop into the water. Remove the drowned rats in the morning. Using this device, Dickon once claimed he trapped 20 rats in a single week.

One morning, I walked out on the back porch to find Dickon taking the war to the rats under another neighbor’s garage. He cut away all the weeds to reveal four gaping rat holes. He dug a 6” trench to wrap chicken wire around all sides of the garage, then poured a new layer of concrete over that. “That’ll stop the bastards,” he said. It didn’t.

About a year ago, Dickon moved with his wife and two children to the suburbs, effectively abandoning the territory to the rodent Talibans. The other night, they came back for dinner and the first thing Dickon did was step out on the back porch to look out over the battlefield.

I had to admit we’d lost a lot of ground. The rat holes were back under Elaine’s garage. Just the night before, I said, I’d seen one scurrying across under my headlights as I turned into the alley. The rat stopped, turned and looked at me like I was the interloper not him.

“I’ve found the ultimate weapon,” Dickon said triumphantly. “The Rodenator. It’s a cross between a garden hose and a flame-thrower. You ought to get one.”

The next day, I looked it up on the Internet. The Rodenator is the invention of an Idaho rancher named Ed Meyer. It was designed to eliminate gophers, badgers, prairie dogs, rabbits and other burrowing farm animals—rats being, in Dickon’s mind, simply an urban manifestation of same.

The Rodenator operates on a mixture of oxygen and propane that is pumped into the burrow for approximately a minute then ignited with a single spark. The explosion is minimal, but the concussive force is enough to kill 92 percent of the animals in its path (“instantly and humanely,” Meyer claims.) Failing that, it will nonetheless collapse the tunnel system so it’s of little use to the rats or anyone else.

According to Meyer, the system is EPA-approved because it leaves no chemical residue in the ground. It also comes with a money-back guarantee if it does not work as advertised. But there is one little drawback. The base unit costs $2,000, not including the accessories and supplies that make it functional.

I have many neighbors on my block who have purchased snowblowers and generously clear our sidewalk in the winter. Maybe this summer, it’s my turn to give back to the community. Maybe I should buy The Rodenator, strap on the ear protectors and go up and down the alley offering to blow up their garages. That’ll show the bastards.