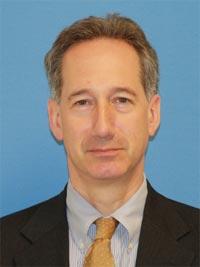 What cost-cutting measures does it take to run a truly efficient, 21st century city? In a place like Chicago – where violence is an epidemic and whole neighborhoods remain economically underdeveloped – how does the government roll back spending while fulfilling its core duties to constituents?

The city’s Inspector General, Joseph Ferguson, has attempted to tackle these slippery issues in his annual budget options report, which was released to the public last Thursday. The report is intended as a framework of possibilities for officials to consider before the mayor releases his proposed budget on October 10. Mayor Rahm Emanuel has a $298 million budget gap on his plate to close.

The report’s potential savings stand at around $1.2 billion. Here’s a breakdown of some of Ferguson’s ideas to cut corners:

The Inspector General also lays out ideas for increasing city revenue, mostly through the implementation of new, small-scale taxes. His ideas:

This is the Inspector General’s third annual budget options report. Ferguson emphasizes that he does not personally endorse any of these budget measures. Rather, he says:

“The report’s intent is to provide information to elected officials and the public to inform the debate over how to move the City to greater efficiency and effectiveness.” In the spirit of critical analysis, every measure suggested includes a brief summary of what supporters and detractors might say to it.

Mayor Emanuel’s response to all this? The mayor’s office issued a subdued statement expressing appreciation for “the efforts of the inspector general.” However, it also noted that the mayor has “rejected any increases in property, sales, fuel or amusement taxes and… will turn to reforms and efficiencies first before ever turning to taxpayers.”

Ferguson joins us on Chicago Tonight at 7:00 pm, and you can view his full report in the PDF below.