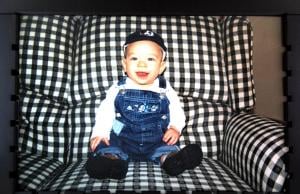 Researchers at Rush University Medical Center say they have successfully completed clinical trials on a drug that is effective at treating the symptoms of Fragile X syndrome. The genetic disorder is the most common known cause of inherited intellectual impairment, formerly referred to as mental retardation, and the leading known single-gene cause of autism.

When Matt Zolecki was born with the genetic disorder known as Fragile X syndrome, his parents were caught off guard. The couple had known that his mother Missy was a carrier, but prenatal testing had found no problem.

“We tested at birth through chord blood to make sure that he was negative, and found out when he was 12 days old that he did in fact have Fragile X,” said Missy. “So, a little surprised, a little angry, but you know you get through that anger and you realize that you have a really fantastic little boy.”

The mutation itself is caused by a lengthening of the X chromosome, known as a gene mutation.

Dr. Elizabeth Berry-Kravis is the director of the Fragile X Clinic and Research Program at Rush University Medical Center.

“As a result of the gene mutation, the gene is shut down and it can’t make its normal protein, which is the Fragile X Mental Retardation Protein, or FMRP,” said Dr. Berry-Kravis. “FMRP is an important brain protein that regulates the way brain connections are made when people try to learn.” 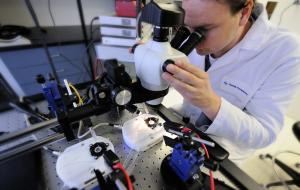 The disorder is somewhat rare. According to the Centers for Disease Control and Prevention, it is estimated that approximately 1 in 4,000 males, and 1 in 6,000 to 8,000 females has the genetic mutation.

For many, like young Matt, the diagnosis means he will struggle with behavioral challenges, delayed speech, and at times will have difficulty controlling aggression. And there are no FDA-approved treatments.

“Sometimes when he’s overwhelmed, he bangs his head, he bites his finger,” said Missy. “And in a house that we had previous to this, he actually would bang in the same spot, and it finally did break through the drywall.”

The Zoleckis used a barrage of medications that treated individual symptoms, but they were accompanied by unwanted side effects and limited success.

So, when an a new study sought volunteers with Fragile X syndrome to take part in clinical trials to treat the condition with a new compound, Missy Zolecki signed up.

“So, in my mind, it certainly couldn’t hurt. If anything, it could help,” she said. “And the goal of this was that we could get him off of some of these medicines that were having really negative side effects.” 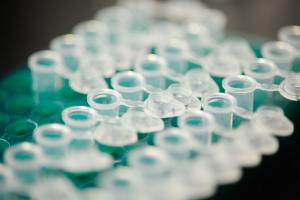 The study -- conducted by researchers at Rush University Medical Center, the University of California, Davis and pharmaceutical company Seaside Therapeutics -- has found that the drug known as STX209, or Arbaclofen, is effective in treating social withdrawal and some of the challenging behavioral characteristics of the condition.

Dr. Berry-Kravis was lead researcher on the study.

“When we used this drug to target the problem with brain wiring and connections in Fragile X, what we saw improve the most was social functioning,” said Dr. Berry-Kravis. “So, patients with Fragile X often had difficulty with being anxious about going into a social situation or about interacting with others. And that is the symptom that got the most better on this medication.”

Because social impairment is one of the core problems associated with Fragile X syndrome, researchers suggest the drug could also be effective in the treatment of certain types of autism, for which they say there have been no targeted treatments available so far.

“About two-thirds of patients with Fragile X syndrome meet the criteria for autism, and if you look at that group of patients, they tended to be the better responders,” she said. “So, that was a suggestion that this drug might work for people with autism. Because if it tended to work in whatever kind of milieu, you needed to have autism with Fragile X, it might also work for people who have autism without Fragile X.”

Researchers just completed clinical trials testing the drug on patients with autism alone, although the results are not yet available. 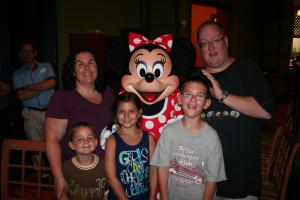 For Missy Zolecki, the results have been dramatic. Her little boy who once had trouble dealing with day to day tasks is now able to partake in 5K runs, and enjoys roller coasters.

“As time goes on, I can look at things that we do in our life and how much different it is for him, and how much more willing he is to do things and able to accomplish that he was never able to do before or never even had interest in doing before,” said Missy. “There’s been no other medicine that’s had this kind of effect for him.”

Dr. Berry-Kravis says while the drug is by no means a cure-all for everybody, the study's success is immensely significant.

“Just the concept that we could take a mechanism in the brain from animal models and move that to a treatment in humans that treats a core feature of the disorder is a tremendous achievement and one that we hope to build on,” she said.

The promise shown by STX209 in patients like Matt could undoubtedly have a profound impact on the lives of those with Fragile X syndrome, and potentially autism as well.

The medication is now in phase three of large scale clinical trials, and if all goes well, it could be eligible to go before the FDA for approval as early as next year. The results from the trials with autistic patients are expected in the next few months.