We take a look at Michelle Obama's multicultural ancestors with Rachel Swarns, the journalist and author who uncovered the First Lady's family history, on Chicago Tonight at 7:00 pm. Read an excerpt from American Tapestry, view a photo gallery, and watch a video about the book. 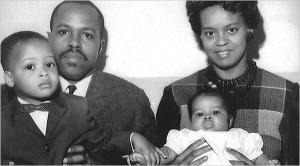 Long before African Americans poured into Chi­cago, before jazz filled the city’s dance halls, before the bustling black neighborhoods on the South Side became known as the Black Metropolis, Michelle Obama’s ancestors staked their claim to Illinois. Big city, twentieth-century Chicago did not exist when her forebears settled in the sleepy, rural, southernmost corner of the state that juts into Kentucky like a pointed finger, the spot where the waters of the Mississippi and Ohio Rivers meet and mix. There, in the late 1800s, more than a century before Mrs. Obama was born, a young girl with luminous brown eyes and bronze-colored skin labored on a farm, even as she dreamed of a bigger, better life somewhere else. Her name was Phoebe Moten and she was born on December 17, 1879, just sixteen years after the Civil War. We all have our beginnings, those places where our stories first unfold. Phoebe would take her first steps in Villa Ridge, a tiny hamlet in Pulaski County, Illinois, with rolling green hills and rich black soil, where sweet strawberries ripened in spring and winter wheat sprang from the earth after plantings in the fall. It was a speck of a town, population 1,366 to be precise, the kind of place that people often passed through on their way to somewhere else, with a post office, a sawmill, a Ma­sonic lodge, and a railway station that rarely appeared on state maps. But there was no missing that train when it flew through the center of town. The Illinois Central Railroad was a force of nature, a burst of steel and steam that sent fallen leaves swirling and left grasses trem­bling in its wake.Phoebe would grow up watching that train, on its way to and from small towns and big towns, from Cairo to Chicago and from Chicago to Cairo, carrying people and produce to places she had never seen. She was the daughter of poor sharecroppers, former slaves who were still firmly tethered to the earth. At the time, landless black farmers in Villa Ridge were trying to plant their way to prosperity, filling borrowed plots with swaying rows of corn and wheat, tend­ing milk cows and cackling chickens, and sowing and harvesting for their white landlords. Phoebe would work the fields too, alongside her sisters, but she was young and restless and weary of the relentless, un­changing rhythms of farming life. The sight of that gleaming, modern train would bring to mind other ways of living. By the mid-1890s, its rumble had become the village’s background music, as familiar as the songbirds trilling in the hickory trees and the Cache River’s gurgling while fireflies hovered and flickered like wandering stars. Phoebe, who was still just a teenager, might have ignored the train’s enticing call had she not been struck by a series of calamities that upended her existence and changed her life. Her children and grandchildren mar­vel now at how the course of the nation’s history might have buckled and swerved if Phoebe had stayed put, if she had become a farmer’s wife and kept her feet firmly planted in that fertile soil. If she had chosen that path, her great-granddaughter, Michelle Obama, might not have been born. 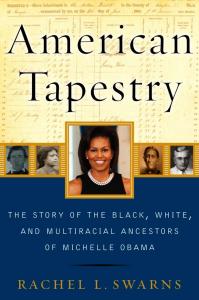 Phoebe rarely indulged in such musings. She clung to the belief that her steps were divinely ordered, her path purposefully guided. Her destiny was foretold, she believed, long before she or her parents laid eyes on the promised land of Illinois.

Sometime around 1899, on the eve of a new century, Phoebe would say farewell to Villa Ridge. Her children have little doubt as to how she left. One day, they believe, before her twentieth birthday, Phoebe finally took her place on that train. She was heading north. “I don’t ever want to go back to the farm,” she would say years later.

She had no money to speak of, no property of her own, and no husband. She was a country girl, about five feet five inches tall and just venturing into adulthood. Yet between 1899 and 1908, Phoebe would travel to four different cities, each one a little bigger than the next, each one a little farther north.

She was a pioneer, a member of one of the first waves of African Americans who packed their bags and moved north, paving the way for the southerners who poured into places like Chicago, Detroit, and New York after World War II and transformed America’s big cities and the trajectory of millions of black families. That Phoebe began her trek long before the Great Migration got under way in earnest is remarkable enough. What is more striking is that her parents, Mary and Nelson Moten, headed north earlier still. As slaves, the couple accomplished something that most blacks could only dream about: They found their way to the free state of Illinois before the Civil War brought slavery to an end. They arrived around 1863, joining the flood of African Americans streaming into the state. Phoebe’s mother, who was born in Missouri, had straight black hair, light-brown eyes, and a complexion that strongly suggested she was biracial. Her de­scendants believe she had some Cherokee blood running through her veins. Phoebe was born with the telltale markers of mixed ancestry too. At one point in her life, census takers would call Phoebe mulatto. Others described her as black or Negro. One of her sons was classified as white when he was an infant.

Today, people with multiracial roots often celebrate their blended identities, and Americans like Barack Obama are no longer forced to choose one race or the other. We often think of the late twentieth century and the early twenty-first century as that singu­lar period when the nation, transformed by immigration and inter­marriage, stepped beyond simple notions of black and white. But the United States saw itself as a nation of many hues back in the 1800s, populated as it was by Europeans, Africans, Native Ameri­cans, and their multicolored progeny. The difference between now and then is that Mr. Obama and others discuss their heritage openly and publicly today, which was rarely the case back then. In those days, sex across the color line was outlawed in most Southern states, and babies born in such circumstances were typically the product of either violent or forbidden encounters. The stories of their origins remained shrouded in silence. After the Civil War, biracial children and their descendants, like Mary and Phoebe, stood as the flesh-­and-blood symbols of those coerced liaisons and clandestine unions. For decades, the government struggled to figure out how to classify these individuals, settling on one set of labels, then others, before finally, in 1930, deciding to describe them all as black. Some people embraced their multiracial origins; it gave them a leg up in a society that esteemed people with lighter skin. For others, their fair coloring served as a painful reminder of the powerlessness of their mothers and grandmothers and the violence they endured. Phoebe belonged to a new generation, the first generation of African Americans born into freedom, and she was determined to leave those dark days be­hind. But in her face and in her blood, she would always carry that raw history with her.

Learn more about the book in the following video.