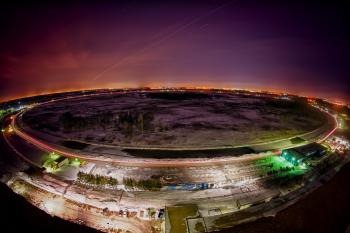 In the United States, it's Independence Day week but in the world of physics, it's Higgs boson week. Scientists around the world are breathlessly awaiting an announcement out of Switzerland on Wednesday about whether physicists at the European Center for Nuclear Research (CERN) have found the elusive Higgs boson--a theoretical particle thought to convey mass. Closer to home, scientists at Fermilab in far west suburban Batavia released their latest findings on the Higgs boson on Monday, saying only that they've come tantalizingly close to finding it.

"We see strong indications that there is a Higgs boson," says Robert Roser, a staff scientist at Fermilab who oversees the labs search for the particle. Roser joins us on Chicago Tonight at 7:00 pm with more on what to expect from CERN's announcement tomorrow.

Particle accelerators, like the now-shuttered Tevatron at Fermilab or the Large Hadron Collider at CERN, smash atoms together at tremendous speeds approaching the speed of light and observe the debris from the collisions. Physicists are looking not for the Higgs itself, but for the particles it can decay into.

The Higgs particle is thought to be responsible for the mass of other elementary particles. Roser says you can think of Higgs particles like guests at a cocktail party.

"If I walk into the room, nobody at the party will pay any attention to me," Roser says. "But if President Obama walks in, everybody pays attention to him and wants to get close. They will try and get close to him or shake his hand, and it will be harder for him to move throughout the party."

Higgs particles are similarly thought to affect how other matter moves through space, slowing down some more than others--those slower particles are considered more massive. 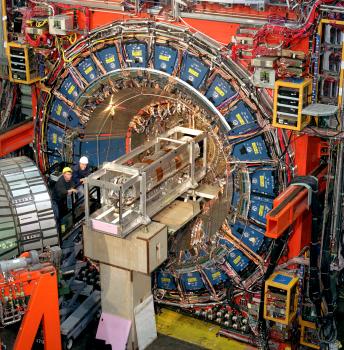 Fermilab's announcement Monday came the closest yet, but CERN is expected to go even further. Roser says the difference in the results largely comes down to how statistically significant the data is, using a measurement known as "sigma." The larger sigma attached to an experiment, the more confident scientists are that the results aren't a fluke.

"Physics has a funny language," Roser says. "We describe how confident we are based on these 'sigma' numbers, the higher the better. For us to use the word “evidence” [when describing the results of an experiment] we need to be above three sigma. Yesterday, we only had a 2.9 sigma, so we only said we had 'strong hints' of the Higgs boson. Five is the threshold for 'discovery' or 'observation.'"

CERN will probably have between a four and five sigma result Wednesday, Roser says, letting them say they observed a Higgs-like particle. CERN will livestream their announcement at 12:55 am CST on their website.

Jorge Cham, author of PhD Comics, visited CERN earlier this year, and created this cartoon describing their search for the Higgs particle:

The Higgs Boson Explained from PHD Comics on Vimeo. 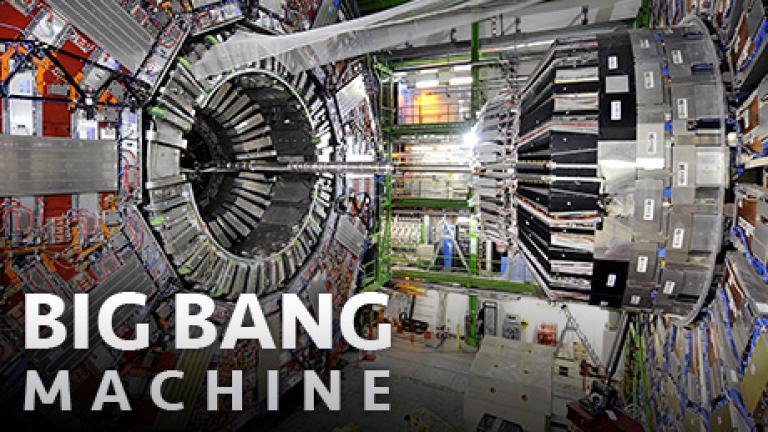