Chris Hayes on "Twilight of the Elites"

Public faith in the country's leaders and institutions has plummeted. MSNBC host Christopher Hayes argues that the cause can be traced to social reforms of the 1960s. He joins us on Chicago Tonight at 7:00 pm to discuss his new book: Twilight of the Elites: America After Meritocracy. Read an excerpt from the book below. 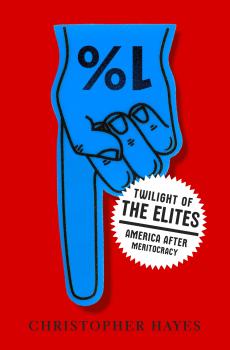 Nearly all of the commentary on America’s growing inequality focuses on the ways in which skewed distribution of income and wealth is bad for those on the bottom of the pyramid: the way it leads to stagnating wages and competition for scarce positional goods; the way it alienates the middle and working classes and the poor. But we largely ignore the effect of extreme inequality that is, in the long run, the most destructive: the way it makes those at the top of the social pyramid worse. Desmond Tutu, the heroic archbishop who helped lead the triumphant battle against South African apartheid, made a similar observation about the effects of the apartheid system on the white ruling class. “[E]ven the supporters of apartheid were victims of the vicious system which they implemented and which they supported so enthusiastically,” he wrote in his book No Future Without Forgiveness. “In the process of dehumanizing another, in inflicting untold harm and suffering, inexorably the perpetrator was being dehumanized as well.”

What Tutu was referring to was the moral and spiritual damage that extreme inequality wrought on even those who presided over and dominated the apartheid system. But there are actual cognitive, organizational, and social costs to such systems as well. The slave economy of the antebellum South conferred massive material gains on a very small number of extremely wealthy white plantation owners. But it also severely stunted the development of the region.

With a steady supply of low-cost human labor, there was no incentive to invent and industrialize, so that by the time of the Civil War the North was far richer than the South, though the South contained far more of the nation’s richest men. The kind of inequality in twenty-first-century America is a far, far cry from slavery or apartheid, of course. The lowest rungs are nowhere near as degraded and immiserated as those of previous eras.

But extreme inequality of the particular kind that we have produces its own particular kind of elite pathology: it makes elites less accountable, more prone to corruption and self- dealing, more status-obsessed and less empathic, more blinkered and removed from informational feedback crucial to effective decision making.  For this reason, extreme inequality produces elites that are less competent and more corrupt than a more egalitarian social order would. This is the fundamental paradoxical outcome that several decades of failed meritocratic production have revealed: As American society grows more elitist, it produces a lesser caliber of elites.

The kind of inequality that is at the core of the problem is what we might call “fractal inequality.” Fractals are nifty shapes rendered by computers based on recursive mathematical formulas that exhibit the characteristics of self-similarity. They have a psychedelic look and are often characterized by a series of spirals of tentacle-like cornices. If you look closely at a fractal and zoom in on one of those tentacles, you’ll see that it too features a set of smaller, identical tentacles, arranged in the exact same way as the larger ones from which it shoots. Zoom in again, and the pattern repeats. You could, theoretically, zoom in infinitely and keep seeing the same images over and over, each tentacle sprouting smaller identical copies, and on and on. 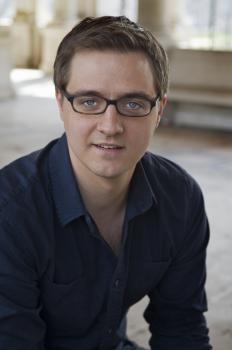 You can think of it as one of those nesting Russian matryoshka dolls, or as a strange, surreal M. C. Escher–like tower, the top of which recedes ever upward the higher you climb. Such a distributional structure reliably induces a dizzying vertigo among those ambitious souls who aim to scale it. The successful overachiever can only enjoy the perks of his relatively exalted status long enough to realize that there’s an entire world of heretofore unseen perks, power, and status that’s suddenly come within view and yet remains out of reach.

I caught a glimpse of this in 2010 when I attended the Davos World Economic Forum, the annual gathering of the global ruling class that takes place each January in Switzerland.  When you arrive at the Zurich airport, your first instinct is to feel a bit of satisfaction that you are one of the select few chosen to hobnob with the most powerful people on Earth. Airport signs welcome and direct you to a special booth where exceedingly polite staff give you a ticket for a free shuttle bus that will drive you the two hours to the small ski-resort town in the Alps.

But you can’t help but notice that other guests, the ones who landed on the same plane, but who were sitting in first class, are being greeted by an army of attractive red-coated escorts who help them with their bags before whisking them off in gleaming black Mercedes S-Class sedans for the two-hour drive.

Suddenly your perspective shifts. At first you had viewed yourself as special and distinct from all those poor saps who would never be allowed into the inner sanctum of global power that is the World Economic Forum. But now you realize that, in the context of Davos attendees, you are a member of the unwashed masses, crammed into a bus like so much coach chattel.

And while you’re having this realization those same special VIPs whom you’ve quickly come to envy are enjoying their ride inside their plush, leather confines. But later that night they will find out over cocktails that those who are the true insiders don’t fly on commercial flights into Zurich; they take private jets and then transfer to helicopters, which make the trip from Zurich in about thirty minutes and feature breathtaking views of the Alps.

This constant envy is the dominant experience of the Davos conference, an obsessive looking over the shoulder instilled by the participants’ knowledge that the reality of fractal inequality means there are infinite receding layers of networking happening that one doesn’t even know about! “The point about Davos is that it makes everyone feel wildly insecure,” observed Anya Schiffrin, the wife of Nobel Prize–winning economist and frequent Davos attendee Joseph Stiglitz. “Billionaires and heads of state alike are all convinced that they have been given the worst hotel rooms, put on the least interesting panels, and excluded from the most important events/most interesting private dinners. The genius of World Economic [Forum] founder Klaus Schwab is that he has been able to persuade hundreds of accomplished businessmen to pay thousands of dollars to attend an even which is largely based on mass humiliation and paranoia.”

In the following video, Hayes talks about the subject of his book.

Related Links:
More on the book
More on the author
Tags:
Chris Hayes
Twilight of the Hayes